Walt Disney World shared a video of Magic Kingdom's Main Street, U.S.A. being transformed after Halloween. The street is now filled with festive decor and special touches of EARisdesence to honor the resort's 50th anniversary celebration. The holiday season officially begins at the parks on Nov. 12.

LAKE BUENA VISTA, Fla. - It is officially November and Christmas decorations are going up at Walt Disney World.

"When we arrived at the park today and headed down Main Street, U.S.A., we noticed that the big and beautiful Christmas Tree arrived overnight," Disney Food Blog wrote. 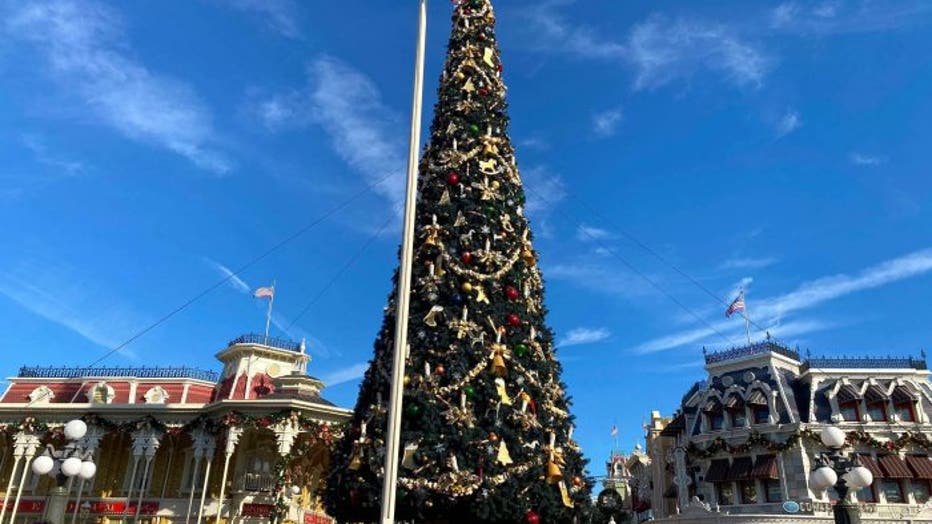 The tree features gold items with colored ornaments sprinkled throughout. 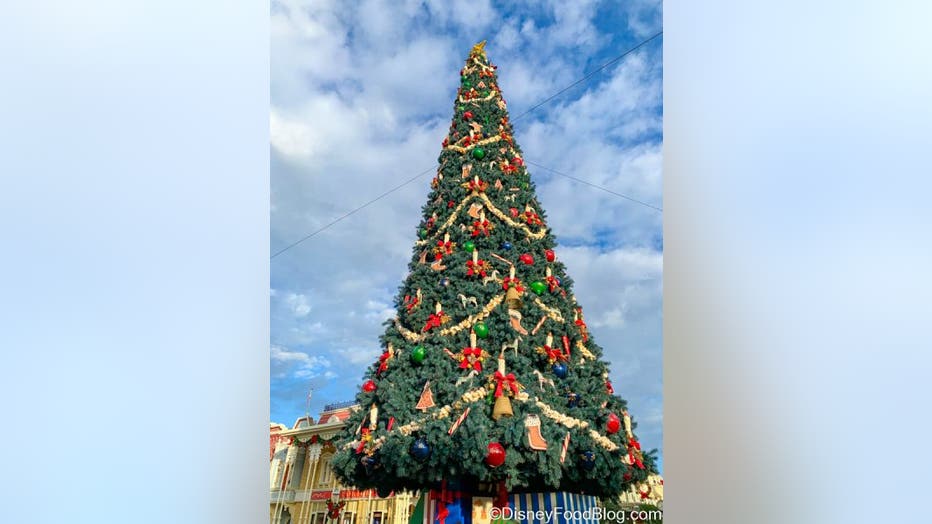 Then, along Main Street, U.S.A., pictures from the blog showed garlands, ornaments, and lights lining the buildings leading to Cinderella Castle. 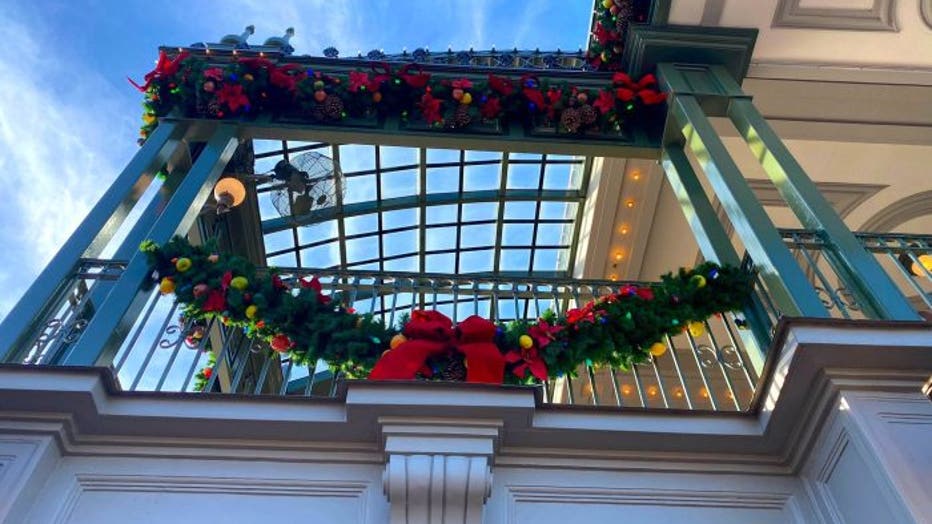 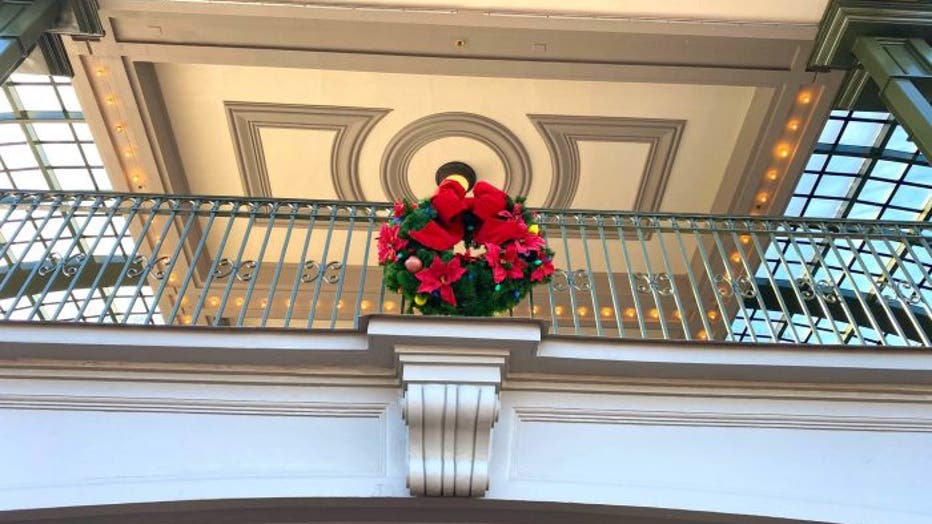 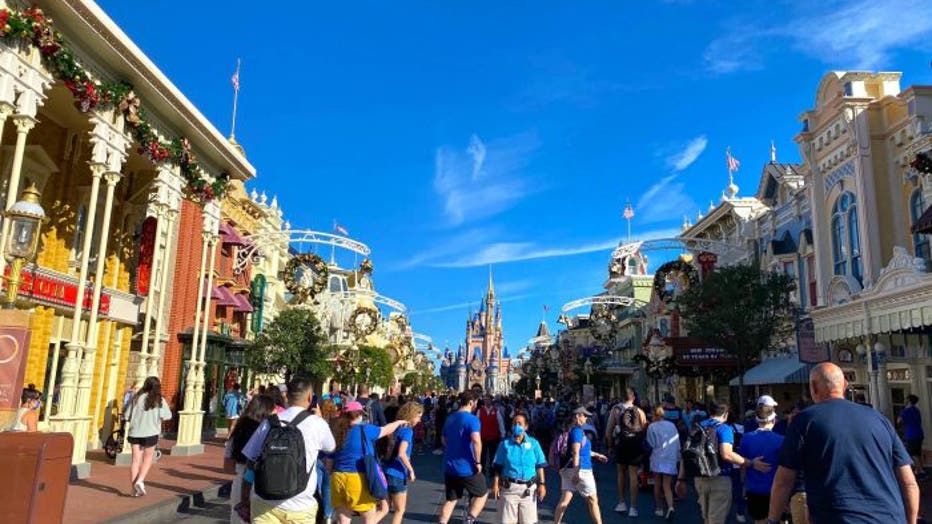 There were said to be special wreaths along the way, featuring unique decorations like pineapples. 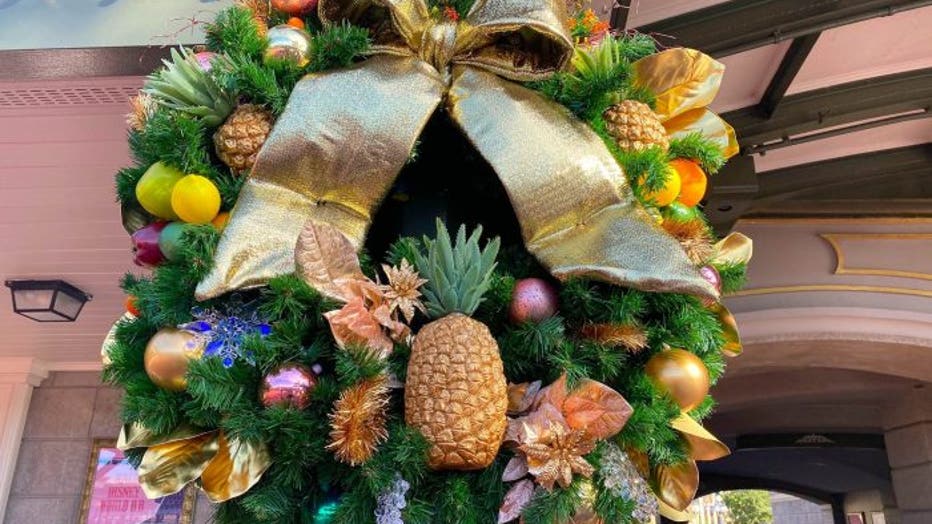 Even some food carts were apparently decorated overnight. 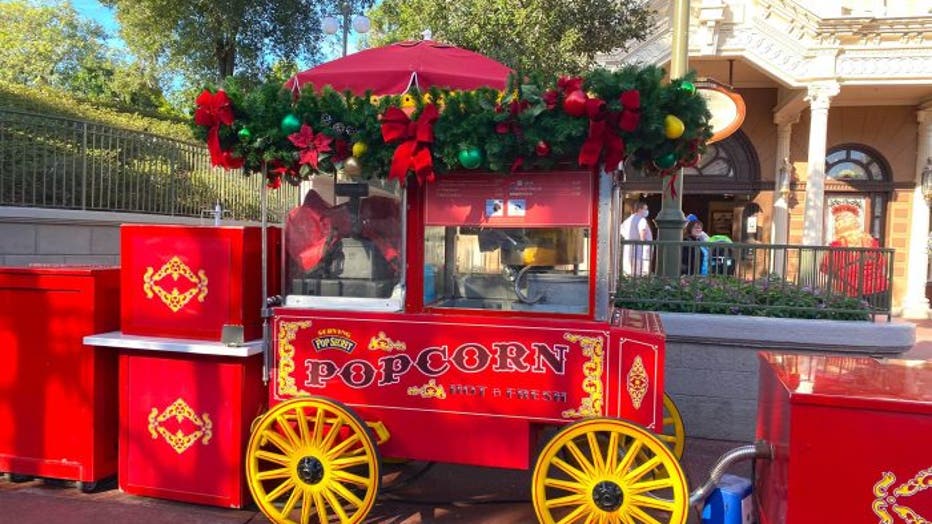 This video is from DisneyFoodBlog.com.

On Tuesday, Walt Disney World released a video and several new photos of the transformation along Main Street, U.S.A. Festive decor and touches of EARidesence line the streets with magic. 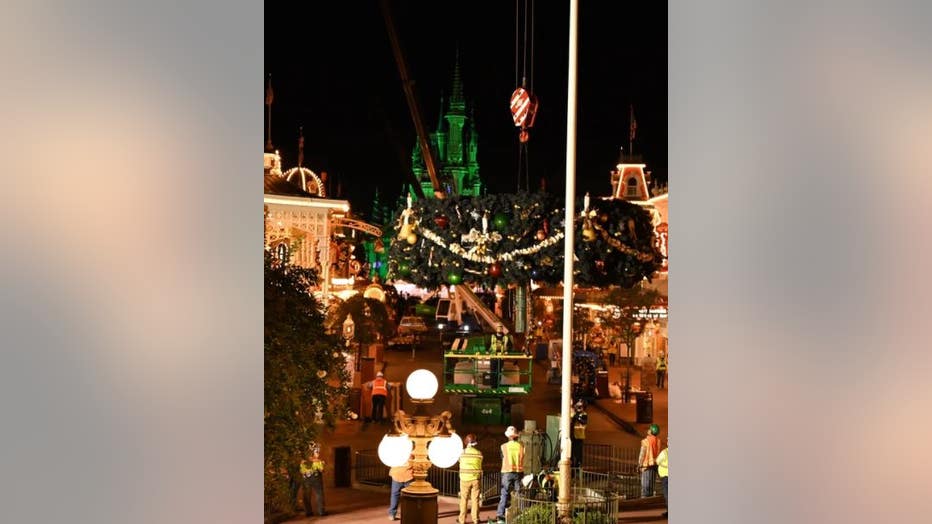 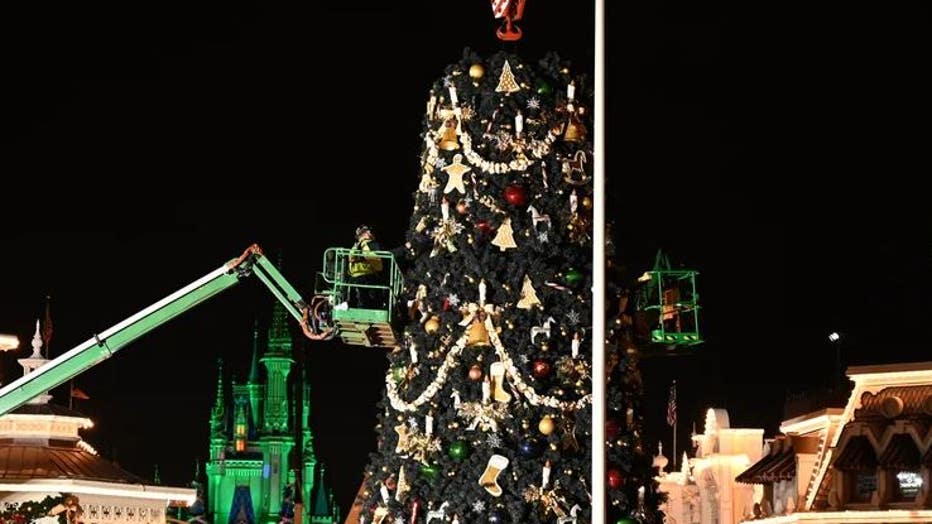 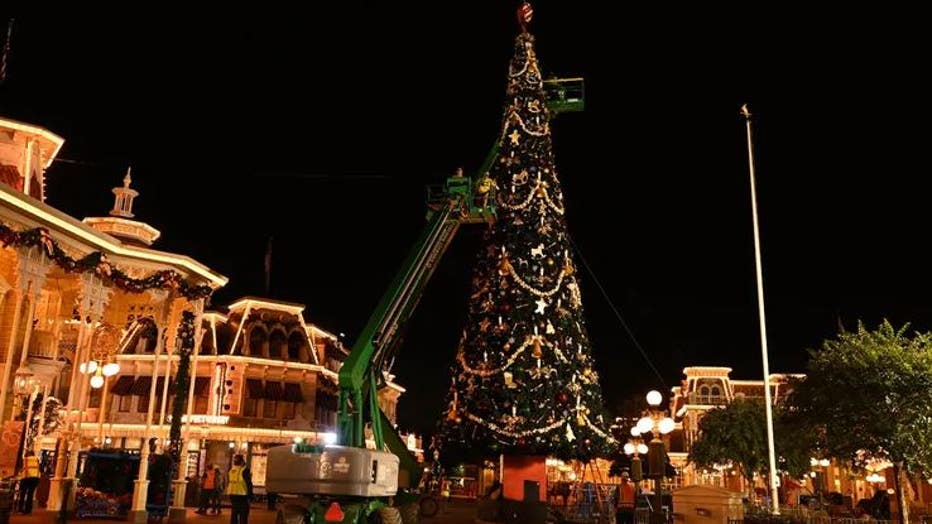 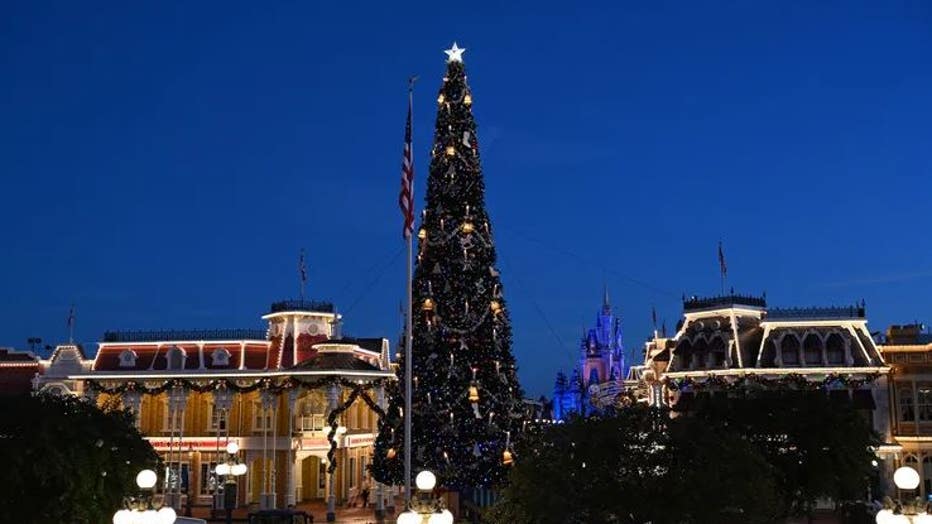 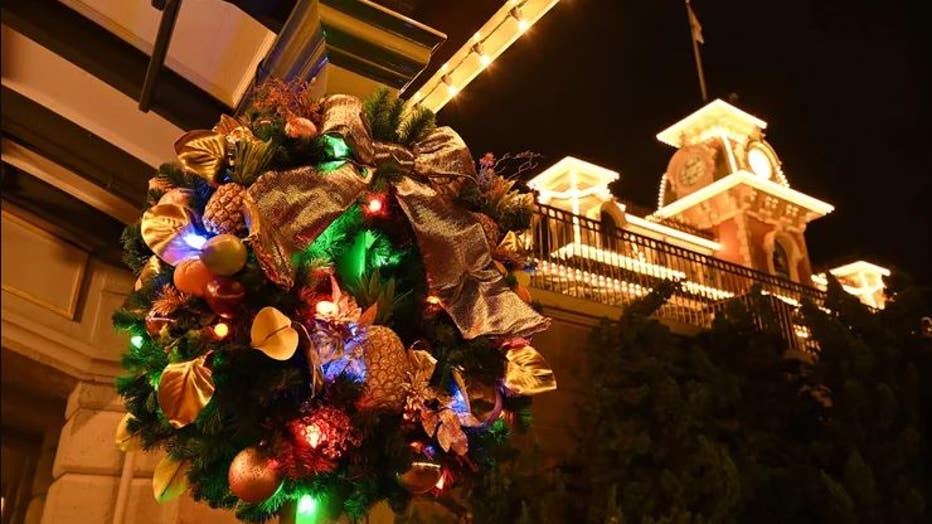 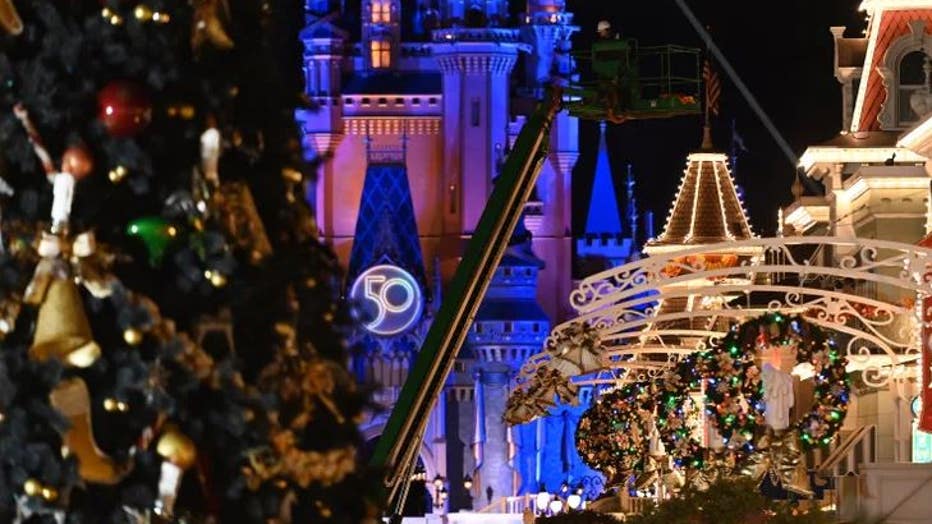 While decorations have started going up, the holiday season at Walt Disney World does not officially begin until Nov. 12. Festivities coincide with the resort’s 50th anniversary, dubbed ‘The World’s Most Magical Celebration.’ The milestone celebration began on Oct. 1 and will go on for 18 months.

Disney said that "festive entertainment, whimsical décor, seasonal food and drinks, and holiday-themed merchandise will all be a part of this very special season at our theme parks, Disney Resort hotels, and Disney Springs."

For example, on most nights at Magic Kingdom, holiday projections will appear on Cinderella Castle, alternating periodically with the castle's transformation into a Beacon of Magic. 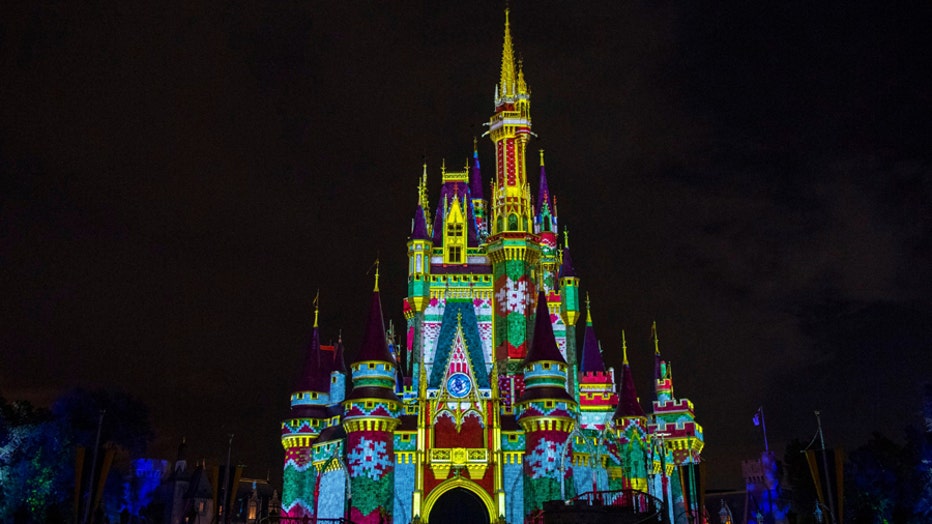 In addition, a Christmas-themed after-hours event, titled ‘Disney Very Merriest After Hours’ will take place at Magic Kingdom on select nights from Nov. 8 until Dec. 21 between 9 p.m. and 1 a.m. Guests who purchase tickets to the holiday event may enter the park as early as 7 p.m. though.

The ticketed event will include the nighttime spectacular ‘Minnie’s Wonderful Christmastime Fireworks’ and a themed parade, ‘Mickey’s Once Upon a Christmastime Parade.’ Characters from iconic Disney films, Mickey and Minnie Mouse, and even Santa Claus will appear.

Disney characters in the streets of Magic Kingdom will reportedly be dressed their holiday best and magical snowfall will even come down on Main Street, U.S.A. Then, over in Tomorrowland, there will be a dance party.

Attractions-wise, many of the park’s favorite rides will be open, some even undergoing changes for the season. For example, the ‘Jungle Cruise’ will transform into the ‘Jingle Cruise’ and ‘Monster’s Inc. Laugh Floor’ will feature new jokes. Shorter wait times are expected given the event’s limited capacity.

Attendees get to enjoy complimentary snacks like ice cream, popcorn, seasonal treats, and select bottled beverages. There will also be holiday food and drinks available for purchase.

Tickets are on sale now for the ‘Disney Very Merriest After Hours’ event on the Walt Disney World website. You can also make a purchase by calling 407-939-7947.  Prices start at $169 per person.

Meanwhile, at EPCOT, the fan-favorite Candlelight Processional will return on Nov. 26. It will go through Dec. 30 as part of the EPCOT International Festival of the Holidays presented by AdventHealth. 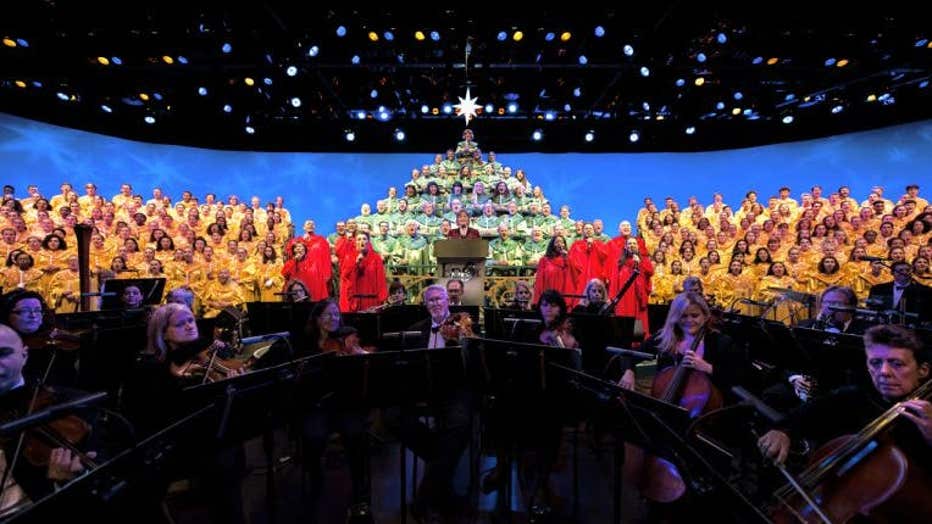 The celebrity narrators announced by Disney include:

The Candlelight Processional did not happen last year due to the COVID-19 pandemic. This year, Disney said that the processional will be composed of fully vaccinated cast members, musicians, singers, and narrators. Guest choirs from community groups and schools will not be participating.

Also part of the EPCOT International Festival of the Holidays, park guests can reportedly enjoy traditions from around the world.

For example, some of the upcoming experiences include holiday kitchens around the park, performances from the ‘Voices of Liberty,’ storytelling inside several of the pavilions, the return of the Holiday Cookie Stroll, and even the chance to say hello to Santa outside of The American Adventure. 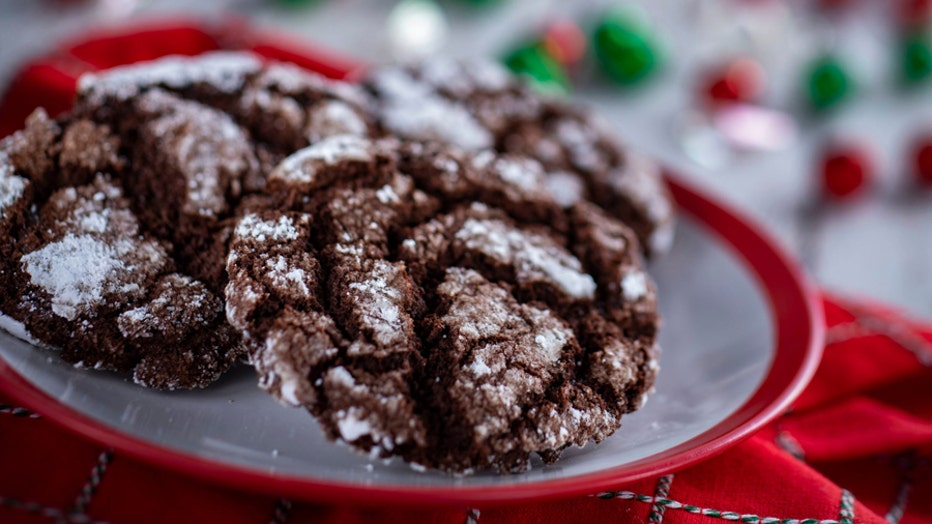 Then, at Hollywood Studios, Disney said that the ‘Hollywood Tower Hotel’ will transform into the ‘Hollywood Holiday Tower Hotel,' showcasing holiday projection effects with music. Expect to see sights from Frozen's Arendelle, the Muppets, Toy Story, and Mickey's Christmas Carol. The show will alternate with the tower’s nightly transformation into a Beacon of Magic. 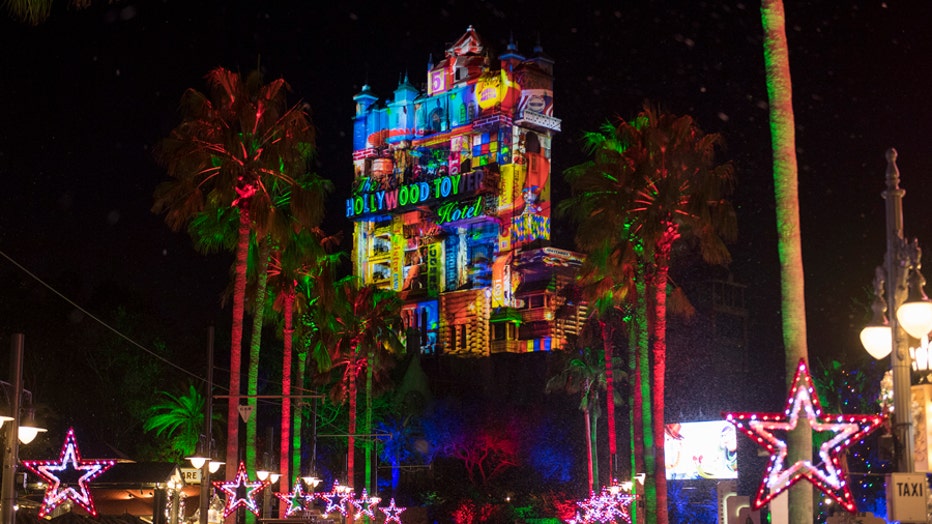 In the streets, there will be vintage-themed holiday decor and a motorcade that features Santa Claus, Disney said. In addition, parks guests can participate in 'For the First Time in Forever: A Frozen Sing-Along Celebration' with ‘Olaf’ from the popular animation.

At Animal Kingdom, Disney said that character flotillas will sail down Discovery River to holiday sounds. At the centerpiece of the park, the 'Tree of Life' will feature a festive edition of the ‘Tree of Life Awakenings’ on most nights. 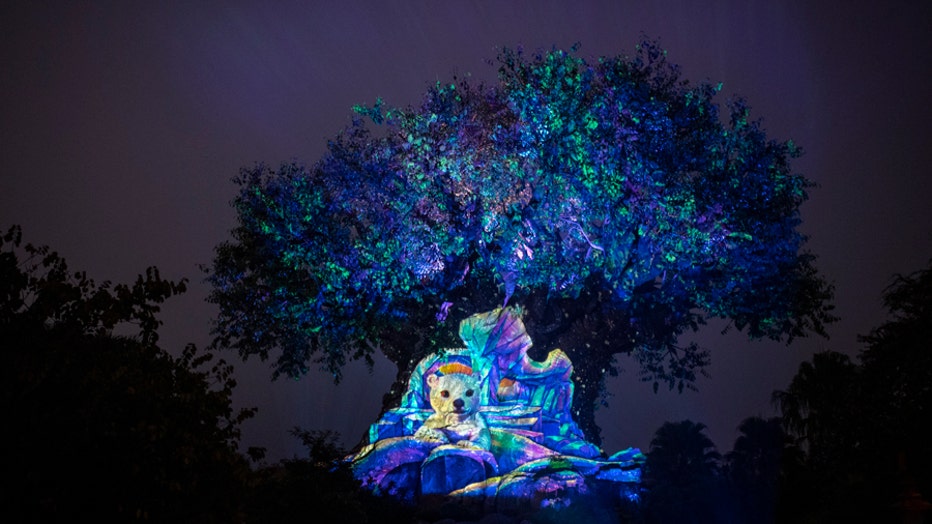 Outside of the parks and into the Walt Disney World resorts, guests will reportedly be greeted with holiday decor and items. Some resort restaurants will even offer festive food and drinks. The fan-favorite gingerbread displays will also return this year.

Then, at Disney Springs, there will be sparkling lights, holiday decor, and more, Disney said. Many of the stores and restaurants at the complex will feature festive items, food, and beverages. In addition, the ‘Disney Springs Christmas Tree Stroll’ will return with Disney-themed trees – some old, some new, and some inspired by the park's 50th year anniversary. And the most magical part of it all? Snow will fall in the Town Center. 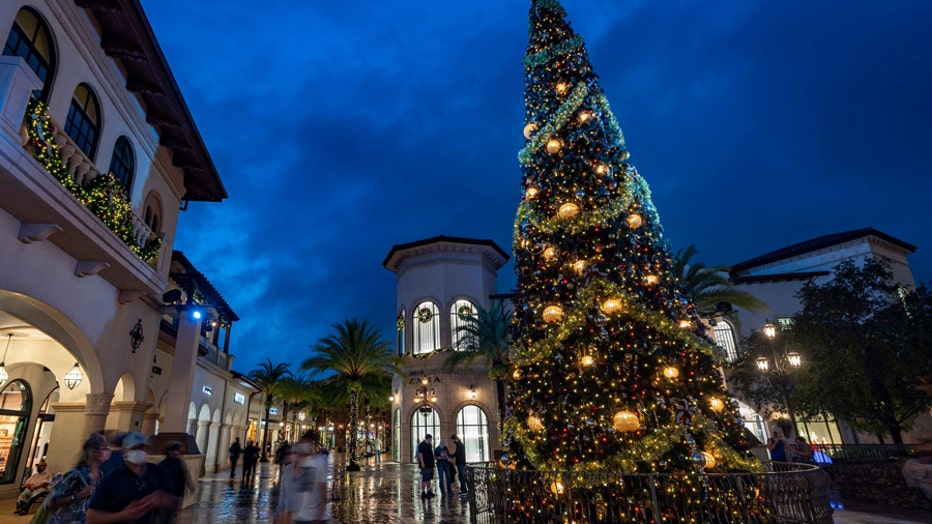 To see more of what is coming during The World’s Most Magical Celebration, check out ‘Disney's 50th anniversary celebration underway: What to expect’ by FOX 35 Orlando.