KISSIMMEE, Fla. - The attorneys representing the family of a man who was shot and killed by Osceola County Sheriff's deputies outside a Target store in Kissimmee last week said the shooting was a "grotesque misuse of police authority" and said a "multi-million-dollar" lawsuit was possible.

NeJame Law said it is representing the family of Jayden Baez, the 20-year-old man who was shot and later died at the hospital, and one of the other men allegedly involved, 19-year-old Joseph Lowe, who is recovering in the hospital from injuries sustained during the shooting.

Attorney Mark Nejame said the deputies exercised unlawful use of force, adding that Lowe was shot six times as he had his hands up, trying to surrender to deputies.  "He was shot three times in one hand, three times in another hand, and his fingers were cut off," Nejame told reporters during a news conference on Wednesday.

The Osceola County Sheriff's Office (OCSO) said its deputies were called to the Target store on April 27 after receiving a report of two people suspected of shoplifting pizza and Pokemon cards from the store, according to an arrest affidavit. Surveillance video showed two people stealing the items, according to OCSO. A "takedown" of four people was attempted in the parking lot, which ended with deputies firing their weapons. 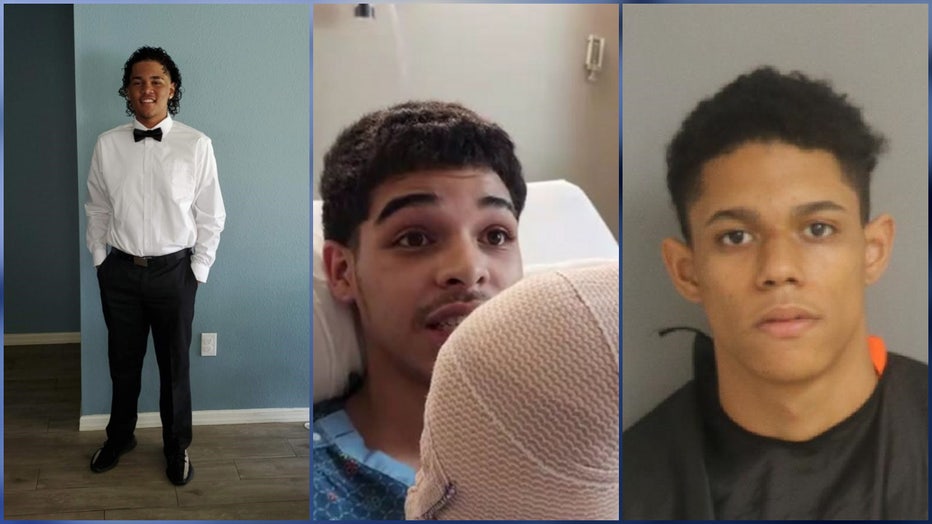 Left to right: Jayden Baez (deceased), Joseph Lowe, and Michael Gomez. Osceola County deputies responded to a Target in Kissimmee to investigate a report of shoplifting. It ended in a deputy-involved shooting. Baez died at the hospital. Lowe was shot

Very few details on the shooting have been publicly released by the Osceola County Sheriff's Office, which has confirmed that a shooting took place, that two of its deputies were involved and that both were OK, and that the Florida Department of Law Enforcement (FDLE) would investigate the shooting, which is standard protocol for law enforcement involved shootings.

"I believe my deputies are justified in all their actions," Sheriff Marcos Lopez told FOX 35 News last week. "I have the utmost, 200% trust in everything they do based on their training and their experience."

Wednesday afternoon, Sheriff Lopez said in a new statement that said his deputies were conducting training exercises in a parking lot near the Target, which is why they were in tactical gear. He added that because of that training, none of the deputies who first responded had body-worn cameras equipped on them.

"Immediately prior to the shooting, several members of my agency were performing training exercises in a nearby parking lot. Because they were training, my deputies were wearing tactical gear and none of the initial deputies on scene were equipped with body cameras," Lopez said in a written statement.

He did not explain what potential actions led deputies to shoot inside the vehicle, deferring to the FDLE's impending investigation. "I turned the investigation over to FDLE because I believe in transparency, and I am confident FDLE will perform a thorough and independent investigation," he said.

"Once the facts of what took place are determined, I will comment. However, I am not going to speculate and potentially provide erroneous information to the community when I personally do not know the facts," he said.

Attorneys said two of the four men involved in the incident exited the store and went to their vehicle. As they began to drive away, several unmarked vehicles boxed them in. They claim the deputies never identified themselves as law enforcement and were in unmarked vehicles. 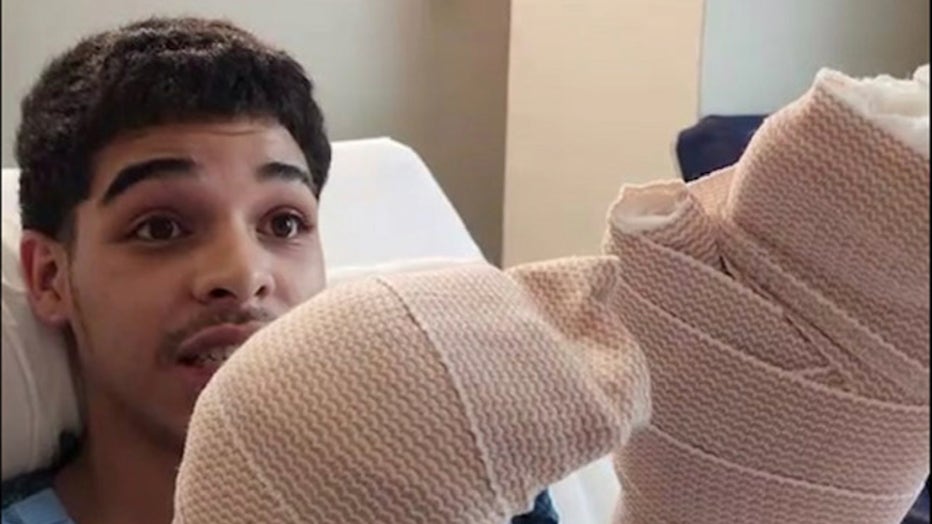 Joseph Lowe, 19, is recovering in the hospital from injuries sustained during a shooting involving Osceola County sheriff's deputies.

"They were a human guinea pig experiment for tactical training going on," NeJame said, "and rather than arresting them on the spot, they experimented to block them in with their vehicle."

NeJame added that the men never fired at deputies and didn't have weapons. He alleges that deputies fired several rounds into the vehicle, striking Baez, who died, and injuring Lowe and another. It's unclear if the fourth person was injured.

Two of the men – Lowe, and 18-year-old Michael Gomez – were charged with petty theft, according to the arrest affidavit.

Sheriff Lopez said he would not release the names of the deputies involved citing Marsy's Law, which protects victims' names and other information from being released. He cited the same reasoning as to why the alleged suspects' names were not released.