A man who was shot and killed by deputies outside a Kissimmee, Florida Target store has been named by the attorney representing the family of the deceased.

LAKE MARY, Fla. - A man who was shot and killed by deputies outside a Kissimmee, Florida Target store has been named by the attorney representing the family of the deceased.

The Florida Department of Law Enforcement is investigating the death of Jayden Alexander Baez, 20, shot by Osceola County sheriff's deputies on April 27.

The chaos erupted early in the early evening hours at the busy store on Irlo Bronson Memorial Highway. Deputies were called to investigate two people who were suspected of stealing pizza and Pokémon cards inside the store, according to a charging affidavit. They were attempting to detain four suspects when the shooting occurred.

Osceola County Sheriff Marcos R. Lopez said Baez was taken to the hospital where he died. Three others were also injured, including one person with a shrapnel wound, and two others who were injured running from the scene. 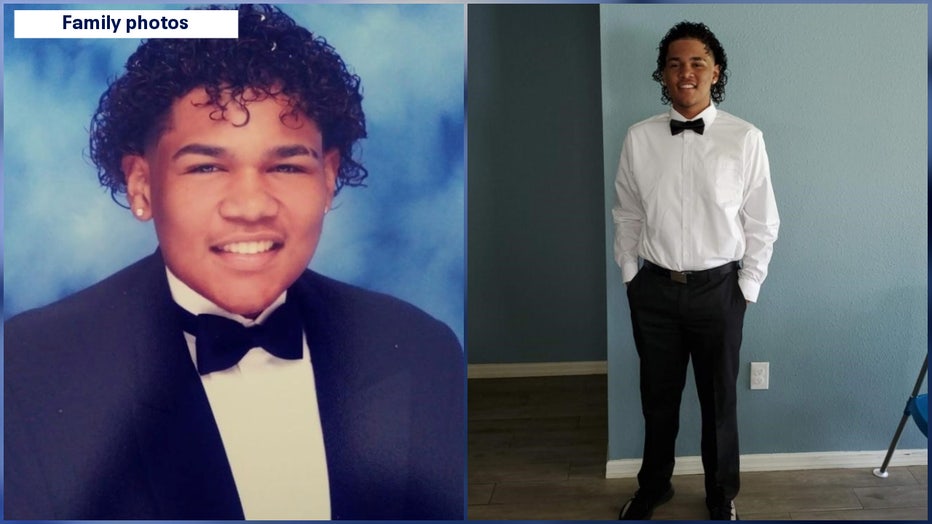 Two other men who were taken to the hospital, later identified as Michael Gomez, 18, and Joseph Lowe, 19, have since been charged with petty theft, according to documents released by the sheriff's office.

The sheriff's office said it would not release the names of the deputies involved citing Marsy's Law, which limits what information about alleged crime victims from being released to the public.

"I believe my deputies are justified in all their actions," Sheriff Lopez told FOX 35 News. "I have the utmost, 200% trust in everything they do based on their training and their experience."

Albert Yonfa of the firm NeJame Law confirmed to FOX 35 News that he is representing Baez's family.