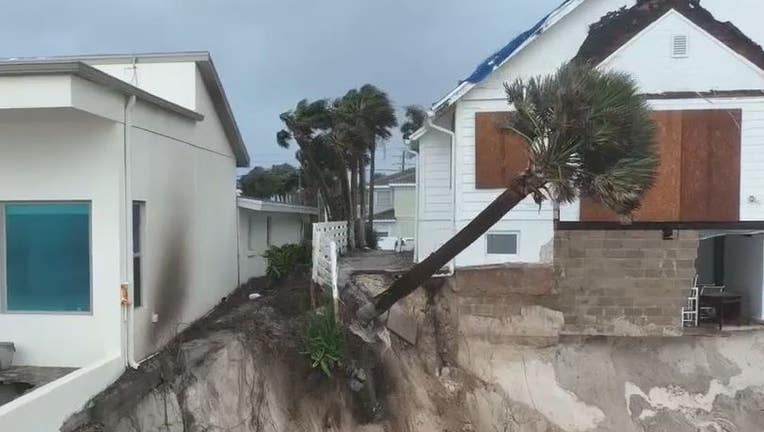 Five people have died as a result of Tropical Storm Nicole according to the Florida Medical Examiner's Commission (MEC).

Tropical Storm Nicole ripped through Florida collapsing sea walls, destroying sand dunes and homes, and leaving many people on the eastern coastline with no choice but to evacuate.

Two of the reported deaths happened when two people were electrocuted by a fallen power line in the area of Bayfront Parkway and Pershing Avenue on Nov. 10. in Orange County.

According to the Orange County Sheriff's Office, deputies said the man had reportedly gotten out of a vehicle and touched the live power line. He was pronounced dead at the scene.

Authorities said a woman he was traveling with was also electrocuted. She was taken to a local hospital where she died of her injuries.

In Cocoa, a man and his wife were riding out Nicole on their yacht when the man began to have a medical emergency. First responders arrived at the boat in response to a 911 call, but the 68-year-old Port Canaveral man died at the hospital.