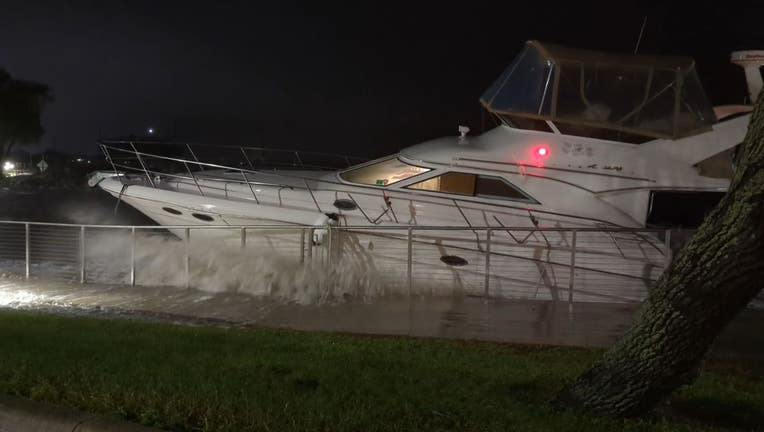 Around 4:33 a.m., a woman called 911 reporting that her husband was in distress, according to the Cocoa Police Department. The couple was on their yacht docked at Lee Wenner Park.

When police arrived, they said they found the couple on the boat as it was "being battered by the waves and the dock."

Firefighters got onto the boat and began CPR on the man.

During the rescue, the yacht broke loose from the dock and began to drift, police said. First responders said they secured the boat with a rope and the couple was transported to a hospital.

The man was later pronounced dead. His cause of death has not been confirmed yet.