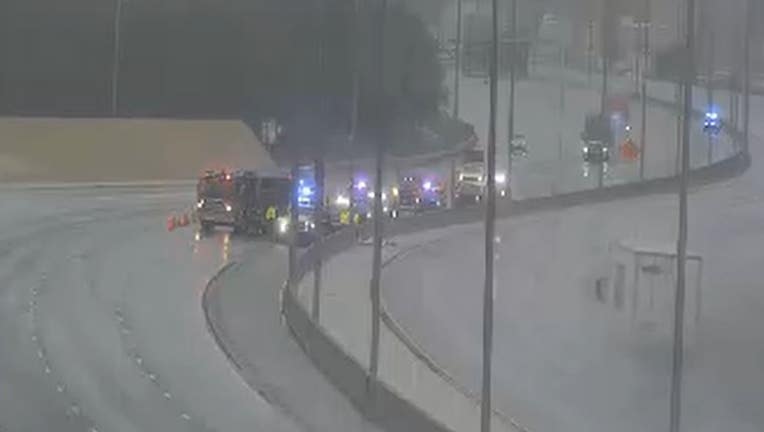 (Photo of crash via DOT camera)

ORANGE COUNTY, Fla. - Two people were killed in a crash on the Florida Turnpike in Orange County Thursday morning, according to the Florida Highway Patrol. Troopers said the crash happened southbound on the Turnpike at mile marker 266.

According to FHP, a tow truck and a trooper's patrol car – that had its emergency lights activated – were parked along the shoulder as the trooper was working a separate crash, when the driver of a pickup truck reportedly lost control and hit the tow truck. The tow truck's driver, who was standing outside his vehicle at the time, died at the scene following the crash.

The pickup truck driver also died at the scene. His passenger was taken to a hospital with non-life threatening injuries.

No one else was hurt. Troopers are investigating.