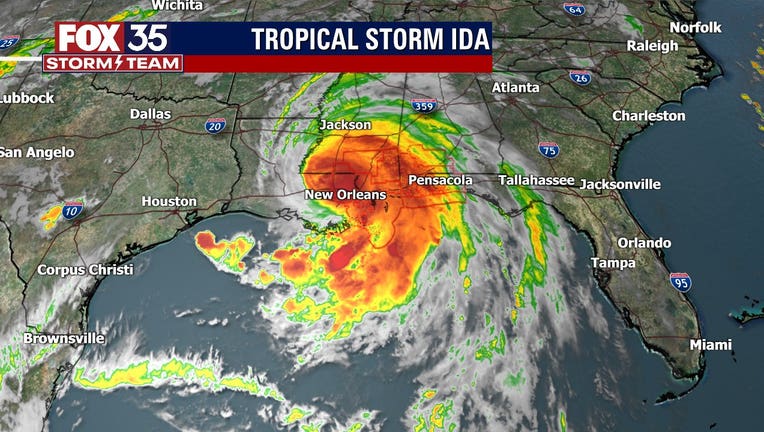 ORLANDO, Fla. - Ida made landfall as a dangerous Category 4 hurricane along the Louisiana coast on Sunday afternoon.

At 10 p.m. EST, the NHC downgraded Ida to a Category 2 storm with maximum sustained winds at 105 mph.

The NHC said rapid weakening would continue as the storm continues moving north-northwest through Louisiana into Monday.

Tornadoes will also be possible Sunday into Monday from southeast Louisiana across southeast Mississippi and southwest Alabama to the western Florida Panhandle.

Meanwhile, the FOX 35 Storm Team is monitoring five systems in the tropics.

There is Hurricane Ida, Post-Tropical Julian, Tropical Depression 10 and two other disturbances to watch.

The NHC said that Tropical Depression 10 is moving north at 8 mph. Maximum sustained winds are said to be at 35 mph with little change in strength forecasted over the next couple of days. The depression could become a tropical storm by Tuesday or Wednesday. If it does, it will be called "Kate." 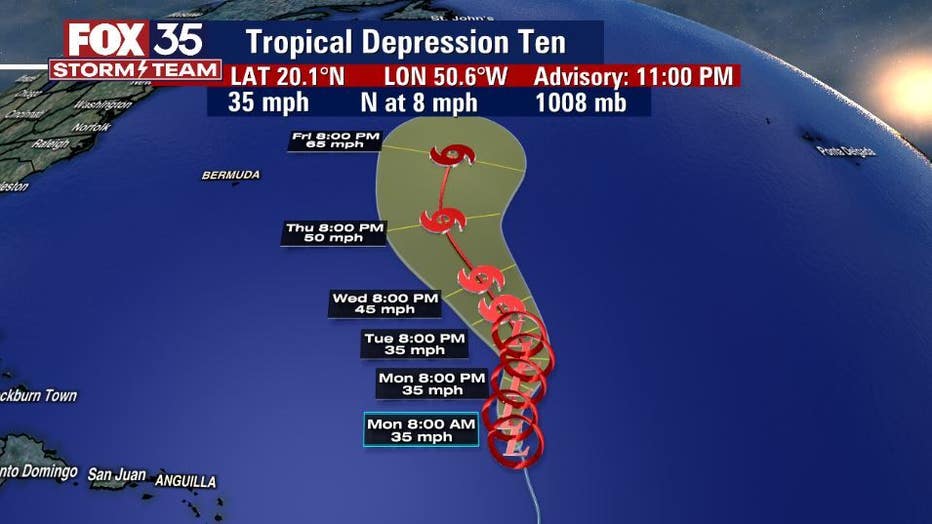 Post-Tropical Julian formed about 1,115 miles west of the Azores. It is moving northeast at 26 mph, forecasters said. It is expected to pick up some speed while moving northeast. Maximum sustained winds are said to be near 60 mph with some additional strengthening forecasted through Sunday night. Weakening should begin Monday with Julian becoming post-tropical by evening. 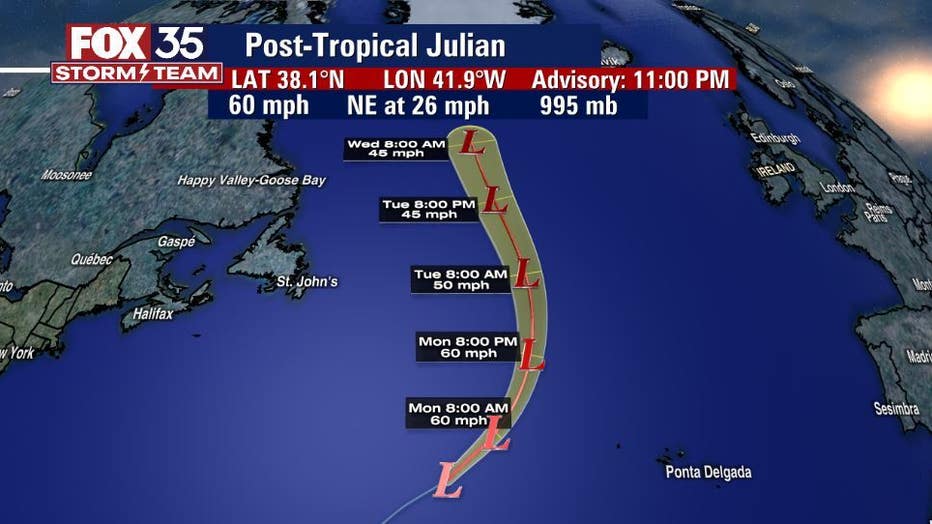 There is reportedly also a disturbance located just east of the Delmarva Peninsula and it is producing a few disorganized showers and thunderstorms over the warm Gulf Stream waters. The development of the system is expected to be slow, with just a 10% chance of formation over the next two to five days.

The NHC said that a tropical wave expected to emerge off the coast of West Africa has a stronger chance for development. It should emerge off the continent’s coast by Tuesday, and environmental conditions are conducive for development once the wave moves offshore. A tropical depression is likely to form toward the end of the week while the system moves west-northwestward at 10 to 15 mph. It has a 30% chance of formation over the next two days, but it has an 80% chance over the next five days.