WILLIAMSPORT, Penn. - **WARNING: Some may find images below disturbing

A woman’s Facebook post has gone viral after she says she found a fried chicken head in her take-out order!

Brittani Paulhamus says she ordered a basket of wings from Old School Pizza in Williamsport, Pennsylvania. She had already eaten one wing when she noticed what appeared to be a chicken head mixed in with her food.

"I freaked out when I saw it!" Paulhamus told FOX 35 News. "I couldn’t stop gagging."

Paulhamus says she called the restaurant and management offered her a refund. 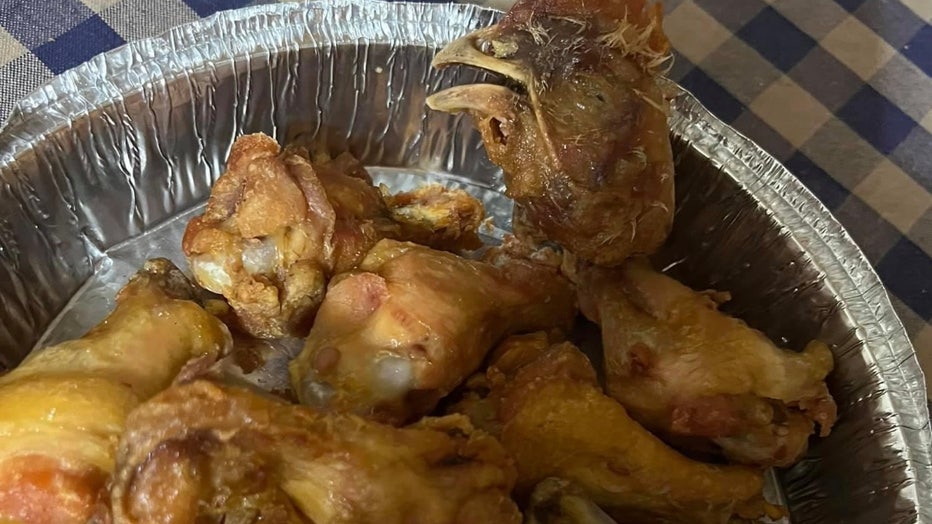 "I won’t be ordering chicken for a longggg time."

Photos of her take-out order went viral on social media, racking up over 13,000 shares and thousands of comments.

"I bet not EVER see this in none of my wings!!!!" one commenter said. 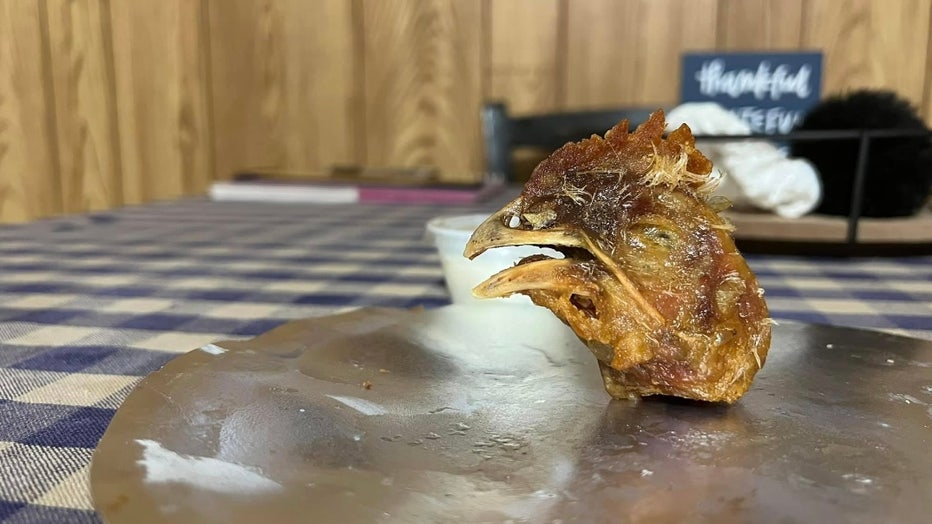 Another wrote: "Good thing they didn’t cover the whole chicken with wing sauce – she might of never seen it."

Paulhamus says she didn't expect her post to go viral and can now laugh about the unappetizing situation.

"It was so nasty – now it’s so funny… I would’ve never thought I’d be laughing about it."

In a statement obtained by the WHDH, Old School Pizza said, "Old School Pizza deeply apologizes for the disturbing event on Friday. We are currently looking for the source and have been in contact with our wing provider. We are trying figure how this could have happened with the numerous checkpoints involved."