A suspected car break-in suspect in Deltona couldn't hide his love for pizza – which ultimately led to his arrest, Volusia deputies said.

Dewey J. Smith was arrested Wednesday after deputies followed a trail of evidence including red sauce on the door handle of one vehicle, and a pizza box and plates left behind near another one.

Smith was reportedly found walking down the street in a neighborhood carrying a victim's credit cards and IDs. The car break-in was reported on Wednesday on Jefferson Ave. 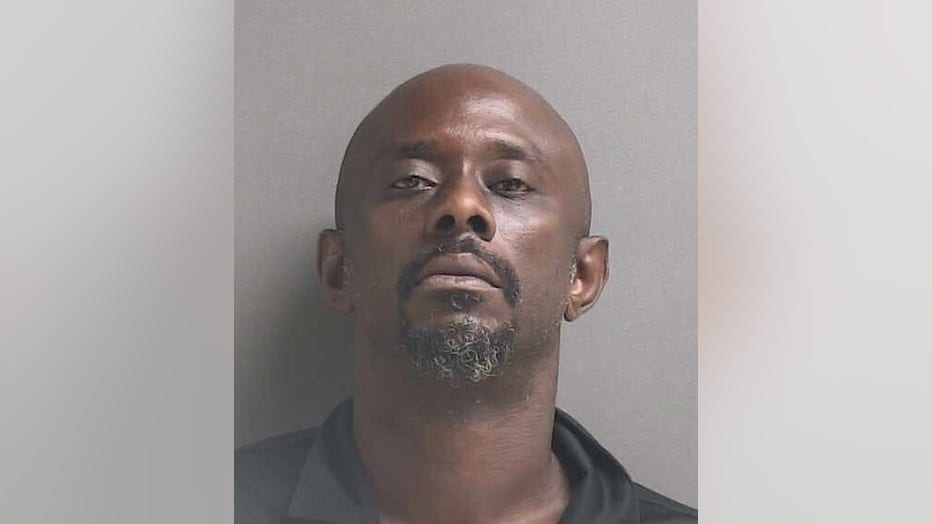 Deputies say when they responded to a call about a car break-in, they found that the car's center console had been rummaged through and that the thief left behind what appeared to be marinara sauce on the inside handle of the driver’s side door.

MORE NEWS: Police: Girlfriend of father accused in beating death of 12-year-old boy to be charged

"A few doors down the street, deputies noticed an empty pizza box at the scene where another car break occurred. Missing from that vehicle was a 9mm handgun and an old concealed weapons permit," deputies said.

A neighbor told deputies that Smith had stopped by to ask if she knew anyone looking to buy a gun. She said he was carrying a white grocery bag containing credit cards and gift cards, and wanted her to call a phone number to check the balance on a gift card.

"She refused, but she said Smith did take some of the Little Caesar’s pizza she’d ordered earlier in the night. She said she’d thrown away the pizza and the box, and Smith took it out of the garbage."

Deputies say when they found Smith walking on Twin Oaks Street with the victims’ cards still in his possession, he told deputies, "You got me red-handed."

Smith is facing several charges including armed burglary of a conveyance, four counts of fraudulent use of credit cards, grand theft of a firearm,  and possession of a firearm by a convicted felon.

He was taken to the Volusia County Branch Jail on $71,000 bond. The stolen handgun was not immediately located.