The Orlando Police Department provided video of a man reportedly taking two cygnets (baby swans) from Lake Eola and putting them in a cooler. An arrest warrant has since been issued.

ORLANDO, Fla. - A man accused of taking two cygnets from a nest at Lake Eola, then putting them in a cooler while fending off two distressed adult swans, has been arrested.

Richard Harger, 71, faces a charge of grand theft and has been trespassed from all city parks.

The Orlando Police Department said that on Sunday, they were advised that a man later identified as Harger approached a nest of young swans and two adult swans with a food cooler at Lake Eola.

He then reportedly used the cooler as a shield to fend off the adult swans and grabbed the two young ones from their nest. He placed them inside the cooler and left the scene in his vehicle, according to police.

In a video provided to FOX 35 News by police, people are heard shouting "Stop!" and "Put them back!"

The man responds, "They will be dead tomorrow, I know that. I work for Lake Eola." 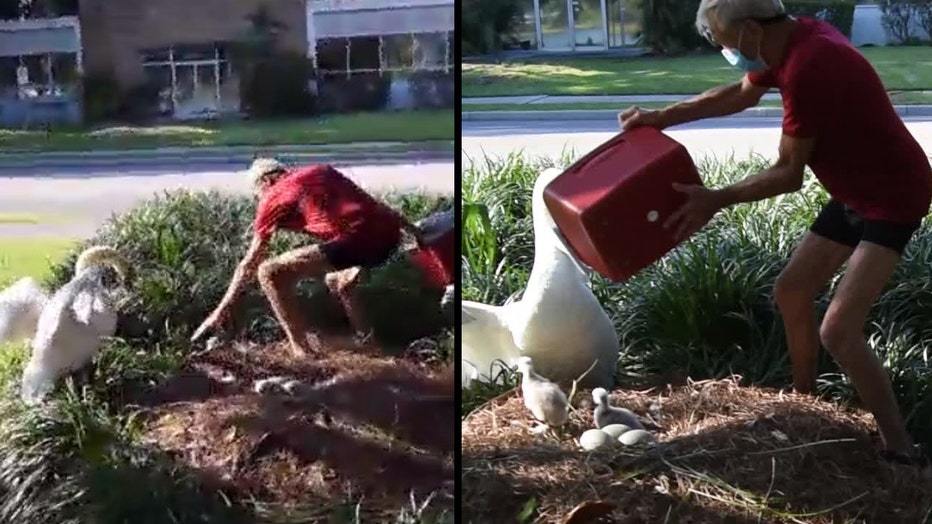 Someone then asks him, "So you are taking them and are going to bring them back?"

To which he responds, "Oh yeah," before telling the crowd that the baby swans will be okay and to "Trust me, I've done this."

MORE NEWS: Here's when the Pfizer vaccine could be available for kids 12+ in Central Florida

The Orlando Police Department elaborated on this, explaining that the man claimed he was part of the "Swan Rescue" and raises them until they are old enough to fend for themselves in the world. 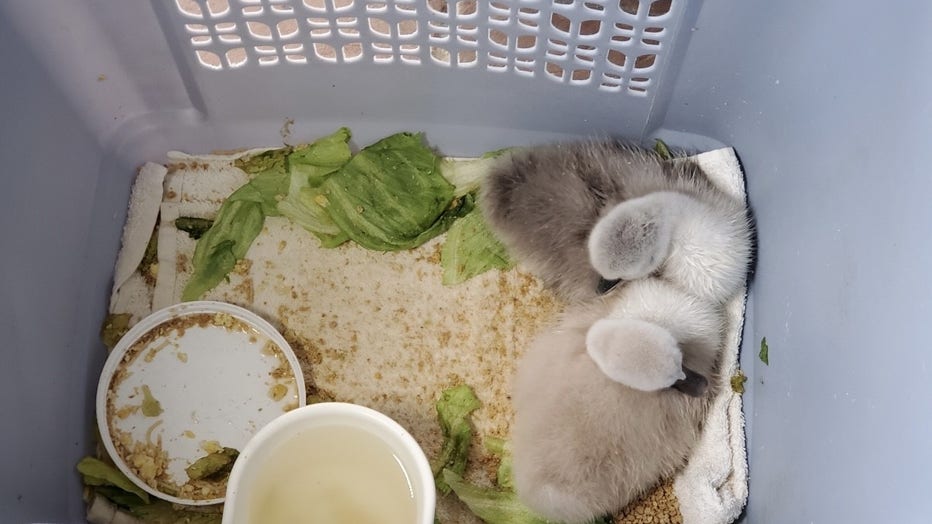 Thankfully, police said that detectives were able to identify and locate Harger in less than 24 hours. The swans were said to have been recovered safely.

When officers went to see Harger, they observed a "4 Da Birds" sign located at his home's front gate. Police said he admitted to them that he took the baby swans because he thought they were going to get hurt and apologized for doing so. The swans were then given to the police.