DAYTONA BEACH, Fla. - Massive crowds filled the streets of Daytona Beach over the weekend and officials are stepping up security to make sure that everyone is safe. 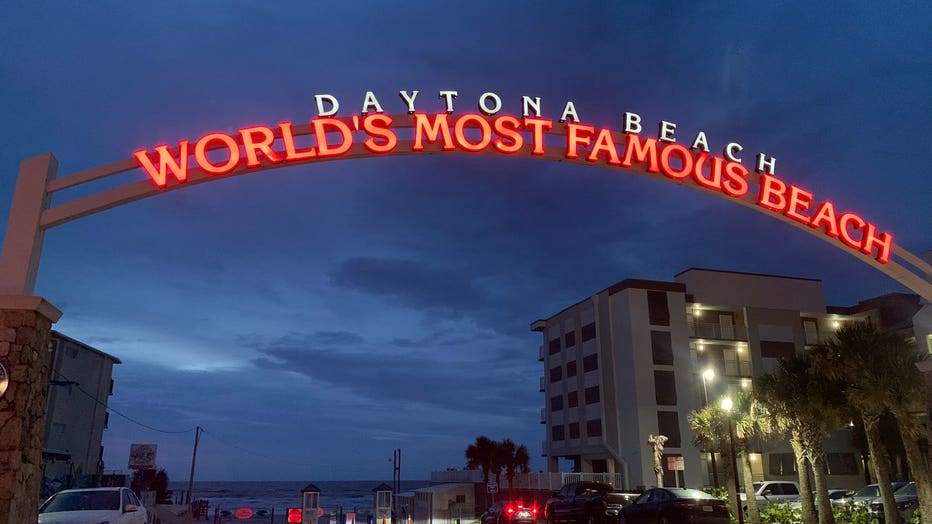 Volusia County deputies responded to multiple incidents over the weekend, including a shooting.

One incident on Saturday involved a massive crowd blocking Atlantic Avenue in Daytona Beach, as people from a white car started throwing money at people. Chopper video from the Volusia County Sheriff's Office captured the incident.

Law enforcement are now searching to arrest the person or persons responsible, saying, "He [the suspect] was making a rap video from what we’re learning."

Shooting breaks out in middle of Daytona Beach street

Investigators are trying to find the person who was throwing money out of a car into a massive group of people.

Then, not long after this, a shooting occurred at a 7-Eleven gas station along Ocean Avenue. Two people were shot and four others were injured. The investigation is still active as police continue their search for a suspect.

In addition, the beaches were packed. One beachgoer, Kaliyah Anderson, told FOX 35 Orlando that "it's been packed. Everybody is just -- I don't think people really care about the quarantine."

Massive amounts of people are packing the beaches this holiday weekend.

The beaches are expected to be busy once again on Monday.

However, rain is expected as well and that could possibly keep people away. Monday is a FOX 35 Weather Alert Day, as showers and storms could move through Central Florida, bringing along the threat of heavy rain, severe storms isolated tornadoes, and waterspouts.

There is a marginal risk of severe storms today mainly in Brevard and Osceola Counties.