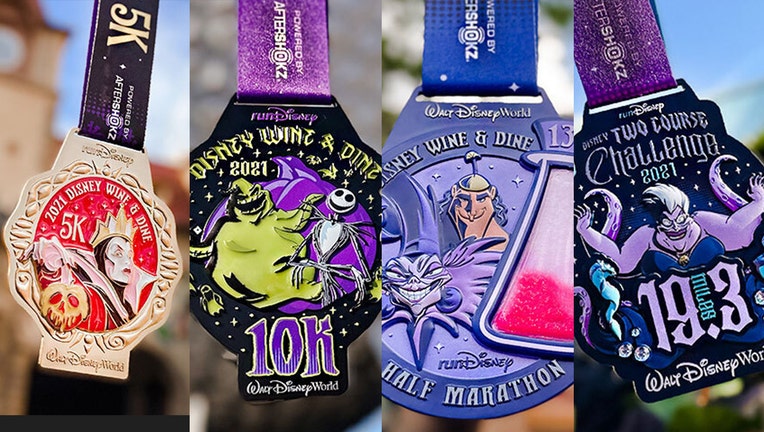 ORLANDO, Fla. - The medals for the first runDisney race weekend of the upcoming season have been revealed.

runDisney's 2021- 2022 race season will begin this November with the ‘Disney Wine & Dine Half Marathon Weekend.’

"After a year of virtual meetings, virtual visits and… yes, virtual races… we are in the early planning stages to once again welcome back our runDisney family to the Most Magical Place on Earth," Walt Disney World said on the runDisney website. "And it’s just in time for the 50th anniversary of Walt Disney World Resort."

Registrations for the ‘Disney Wine & Dine 5K’ on Friday, November 5th, are already sold out. Those who want to participate in the weekend can still register for the following courses:

In addition, there are also still open registrations for the ‘Disney Two Course Challenge,’ which includes Saturday's 10K course and Sunday's Half Marathon course, for $360.

The listing on the runDisney website says there will also be a post-race party for Half Marathon participants to celebrate their accomplishment after-hours at Epcot's International Food & Wine Festival. Family and friends can join for $89 per person. The event begins at 10 p.m. and will feature the global marketplaces, select attractions, and live entertainment.

Both in-person and virtual participants will receive a variety of goodies with their registration, including different medals designed for each course. Disney revealed the designs on Monday.

"This year’s menu of events keeps up with the wickedly delicious theme and showcases some of Disney’s best-loved baddies," the theme park company said.

Each medal is shown below with the course it aligns with.

The ‘Disney Wine & Dine 5K’ medal depicts the Evil Queen from Disney's ‘Snow White and the Seven Dwarfs' on it. 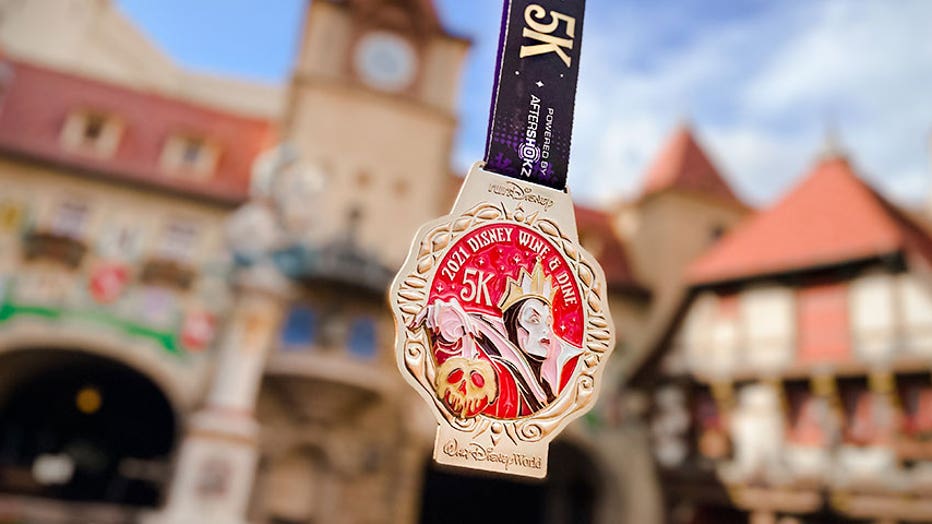 The ‘Disney Wine & Dine 10K’ medal features the Jack Skellington and Oogie Boogie from ‘Tim Burton’s Nightmare Before Christmas' on it. 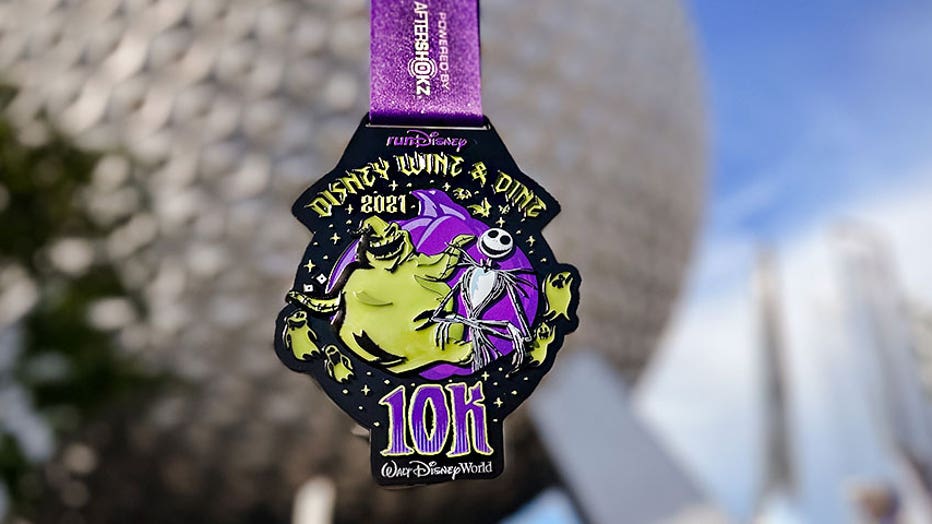 The ‘Disney Wine & Dine Half Marathon' medal has Yzma and Kronk from Disney’s ‘The Emperor’s New Groove’ on it. 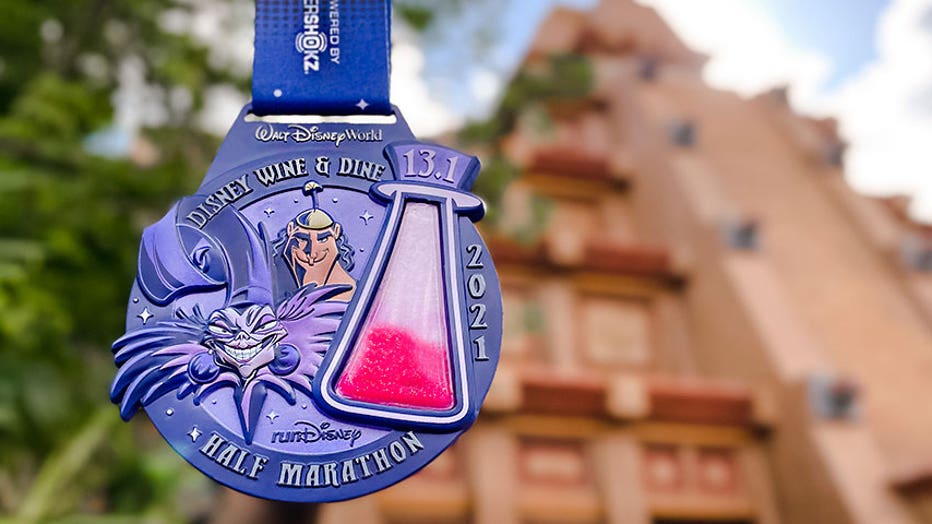 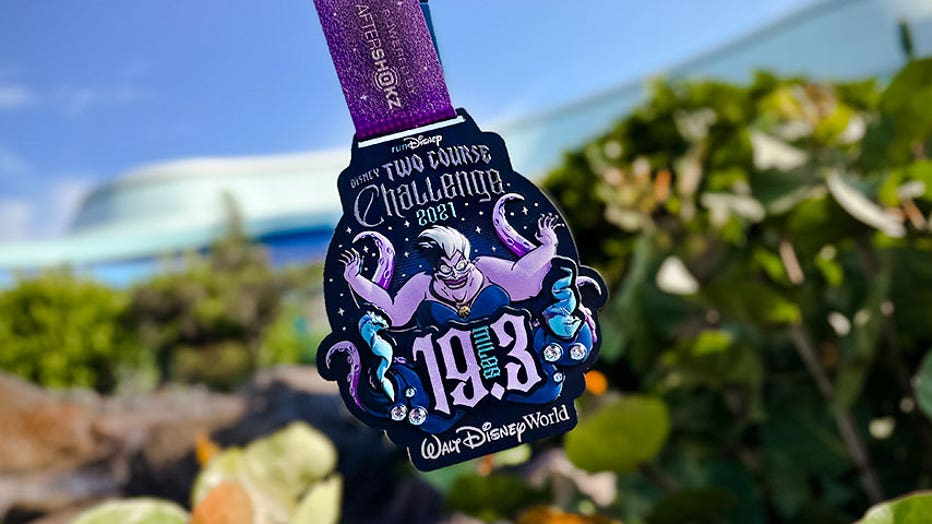 To learn more and to register for the Disney Wine & Dine Half Marathon Weekend, visit the runDisney website.

The race weekend coincides with Disney World's 50th-anniversary celebration, dubbed the ‘The World’s Most Magical Celebration.' Festivities begin on October 1st, 2021, as Disney opened to the public that day in 1971. The legacy of the parks will be honored across the 18 months that follow, with new experiences available throughout the entire Walt Disney World resort.