ORLANDO, Fla. - Hurricane Ian is closing in on Florida as the system is expected to make landfall in the state on Wednesday as a major hurricane. Find the latest updated track and timeline on Ian HERE.

As of Wednesday morning, Ian was located less than 200 miles southwest of Naples, Florida packing maximum sustained winds of 120 mph and moving north-northeast at 10 mph.

Hurricane Ian is forecast to be a strong Category 3 or near Category 4 storm when it makes landfall in Southwest Florida on Wednesday.

"This is a life-threatening situation," the National Hurricane Center warned on Wednesday.

The storm is expected to move toward the Orlando metro area. The path has shifted slightly to the east and south from earlier in the day Tuesday, but significant flooding will continue to be a major risk for Central Florida before, during, and after Ian passes through the region.

Hurricane Ian strengthened late Tuesday as it continues on its path to Florida. The National Hurricane Center said life-threatening storm surge, catastrophic winds, and flooding is expected with Hurricane Ian in the Florida peninsula.

The center of Ian is expected to approach the west coast of Florida within the hurricane warning area on Wednesday morning and move onshore later in the day.

The center of Ian is forecast to move over Central Florida Wednesday night and Thursday morning and emerge over the western Atlantic by late Thursday. Strengthening is forecast until the hurricane makes landfall, and Ian is forecast to approach the west coast of Florida as an extremely dangerous major hurricane. 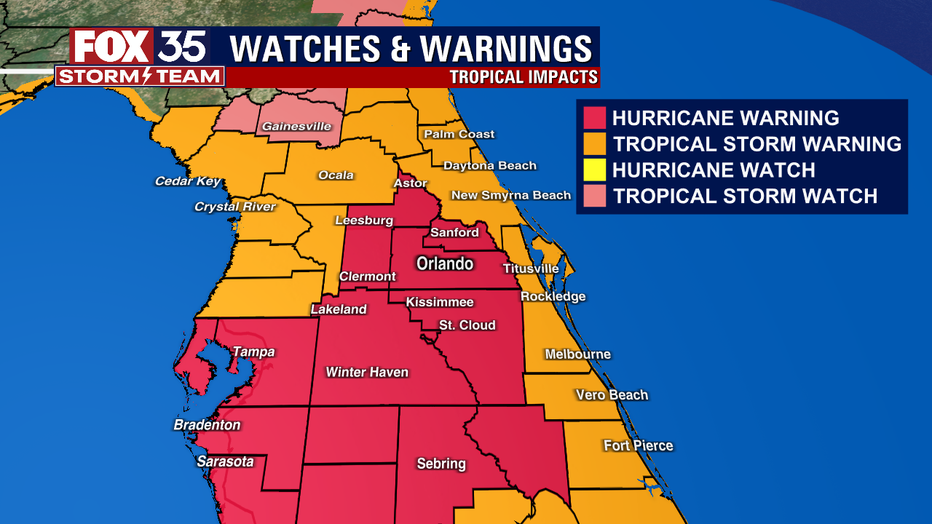 WHEN WILL HURRICANE IAN MAKE LANDFALL IN FLORIDA?

The latest forecasted track shows Ian approaching the west coast of Florida as an "extremely dangerous" major hurricane by landfall near Punta Gorda on Wednesday morning or early afternoon. The hurricane is then expected to weaken as it tracks toward Orlando. 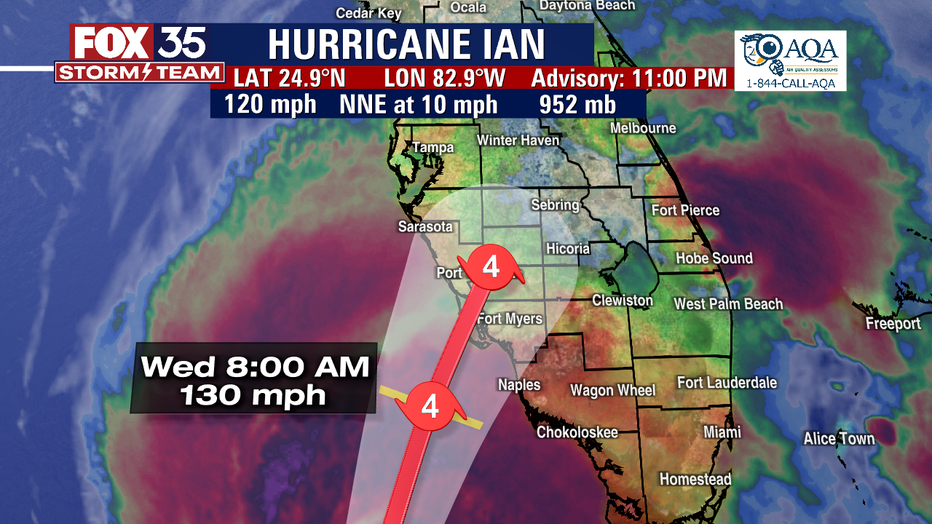 Sandbags in Central Florida: Where to get them as Hurricane Ian approaches

Harsh impacts are expected in Central Florida. The roughest weather looks to be overnight Wednesday through Thursday. Conditions should ease up on Friday. Power outages can also last for days on end in some areas.

The FOX 35 Storm Team will continue to keep you informed as new developments happen with Hurricane Ian.