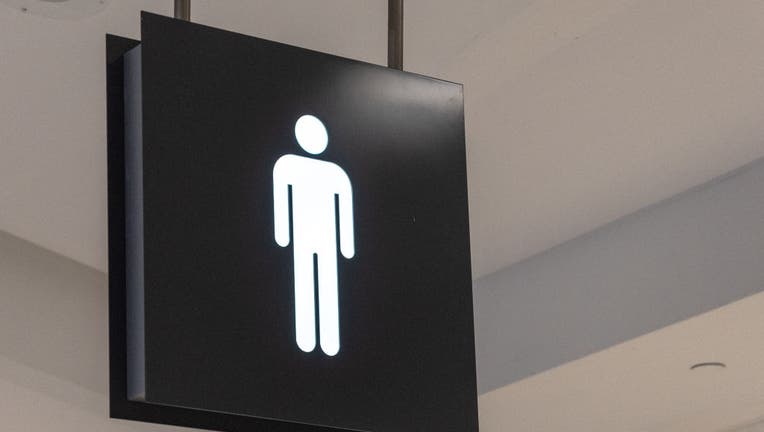 Public washroom or bathroom sign marking the facility is to be used by men. (Photo by Roberto Machado Noa/LightRocket via Getty Images)

ST. JOHN'S COUNTY, Fla. - Tossing out a July decision, a full federal appeals court will hear a battle about whether a transgender male student should have been allowed to use boys’ bathrooms at a St. Johns County high school.

The 11th U.S. Circuit Court of Appeals on Monday vacated a July 14 ruling by a three-judge panel that said a St. Johns County School Board policy preventing Drew Adams from using boys’ bathrooms was "arbitrary" and violated equal protection rights.

After the 2-1 panel ruling, the school board asked the full Atlanta-based appeals court to hear the case --- a request known as seeking an "en banc" hearing.

The court issued a one-paragraph order Monday granting the request and vacating the panel ruling. As is common, the notice did not explain the court’s decision.

MORE NEWS: Central Florida school to close for rest of week due to COVID-19

Adams was born a biological female but in eighth grade told his parents he was a transgender male, according to the July ruling. The lawsuit, which Adams and his mother filed in 2017, stemmed from Nease High School requiring Adams to use a gender-neutral, single-stall bathroom or girls’ bathrooms.

U.S. District Judge Timothy Corrigan ruled in favor of Adams in 2018, prompting the school board to appeal.

The panel said, in part, that the policy could lead to a transgender male being able to use boys’ bathrooms if he is listed as a male on enrollment information, while Adams was barred because his initial information listed him as female. The panel said the policy "runs afoul of the Fourteenth Amendment (guaranteeing equal protection) because it does not even succeed in treating all transgender students alike."

"The school district gives no explanation for why a birth certificate provided at the time of enrollment takes priority over the same document provided at the time the bathroom policy is applied to the student," said the panel ruling, written by Judge Beverly Martin and joined by Judge Jill Pryor. "And we have come up with no explanation of our own. Mr. Adams has a birth certificate and a driver’s license issued by the state of Florida stating that he is male. But the school district refuses to accept for the purposes of the bathroom policy Mr. Adams’s sex listed on those current government-issued documents."

But Chief Judge William Pryor wrote a lengthy dissent to the panel decision.

"When shorn of misunderstandings of the school policy and the legal standards that govern sex-based classifications, this appeal is straightforward," the chief judge wrote. "The school policy protects longstanding privacy interests inherent in using the bathroom, and it does so in an ancient and unremarkable way --- by separating bathrooms on the basis of sex. That policy is not unconstitutional."

But in the majority opinion, Martin fired back at the dissent, writing that "this case is not about challenging sex-segregated bathrooms."

"The policy turns solely on the information provided at the time of enrollment, and a transgender student who updates his documents prior to enrollment would not be barred from using the bathroom matching the sex on his legal documents," Martin wrote. "This, of course, is in contrast to the treatment Mr. Adams received. Despite the dissent’s imagined parade of horribles, this opinion does not resolve any other issue of student privacy."

In a document this month asking the full court to hear the case, attorneys for the school board argued that the panel ignored broader issues in the dispute.

"This case has always been about whether a definition of sex founded in the real and enduring biological differences between boys and girls substantially advances the important privacy interests of students to use the bathroom free from members of the opposite biological sex," the document said. "Yet, the court has not answered that question. The school board requests that the entire panel of this court do so."