The Department of Justice reported on Thursday that 21-year-old Grady Douglas Owens has been arrested in relation to the riot at the Capitol and is in custody in Orlando.

ORLANDO, Fla. - Another man is in custody in Orlando in relation to the Capitol riot earlier this year, justice officials announced on Thursday.

A mob objecting to the presidential election victory of Democrat Joe Biden broke into the U.S. Capitol on January 6 as members of Congress met to certify the results. At least five people, including a Capitol Police officer, died as a result of the violence, and two other officers killed themselves after.

The Department of Justice reported on Thursday that 21-year-old Grady Douglas Owens has been arrested in relation to the riot at the Capitol and is in custody in Orlando.

He reportedly faces the following charges:

Federal officials said that they believe Owens hit a D.C. police officer in the head with a skateboard. He suffered a concussion and an injury to his pinky finger.

They provided FOX 35 with pictures as evidence. 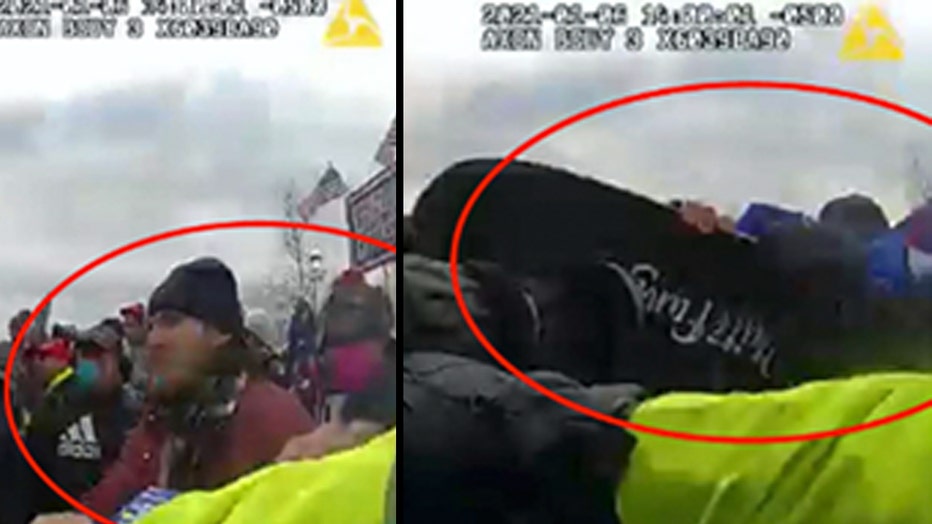 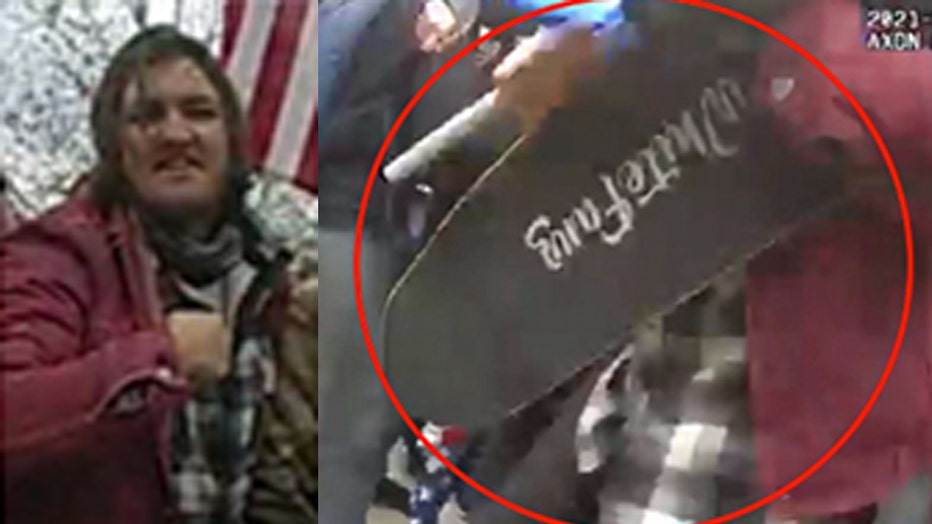 FOX 35's Samantha Sosa was at his hearing in federal court on Thursday.

"What I saw was a very young man, I would guess between the ages of 18 and early 20s. He was wearing a t-shirt in court and nervously told the judge that his parents would be getting him a lawyer," she said.

Federal officials say they identified Owens as a music production student at Full Sail University. He is said to live in a Winter Park apartment just down the street from the school. A staff member at the school was actually the person who identified Owens in a video from the riot, investigators said.

The Department of Justice reported on Thursday that Grady Douglas Owens has been arrested and is in custody in Orlando.

People familiar with Owens told FOX 35 that his actions are completely out of character for the 21-year-old.

According to federal documents, Owens flew from San Antonio to Washington D.C. the day before the riots. He returned to San Antonio the day after.

More than 300 people have been charged with federal crimes related to the Capitol riot. Owens is the 32nd person arrested in Florida. Authorities continue to arrest others.