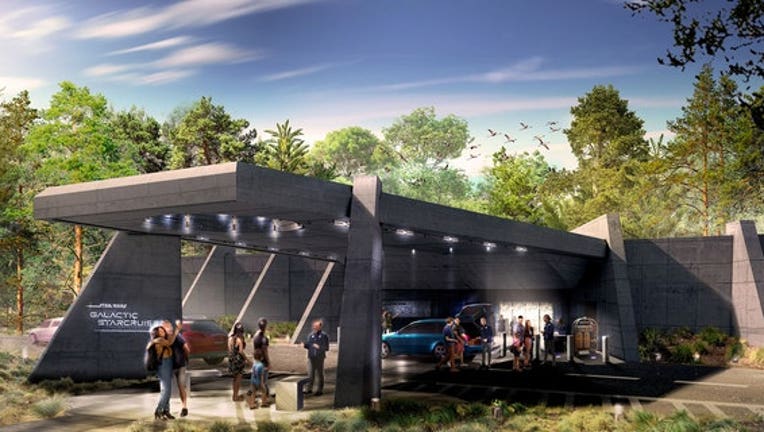 For those waiting for an official opening date for Star Wars: Galactic Starcruiser hotel, here it is: March 1, 2022!

"General bookings for this immersive adventure in a galaxy far, far away will open less than one month from now, on Oct. 28, 2021," Disney Parks Blog reports.

Star Wars: Galactic Starcruiser is a first-of-its-kind vacation experience that goes beyond anything Disney has created before.

"Guests will travel the galaxy in style aboard the Halcyon starcruiser and eventually making your way to the Outer Rim for a planetside excursion to Batuu," said Disney Parks Blog. "You choose how to make your way in the galaxy – maybe as a member of the Resistance, or by learning the ancient ways of the Jedi lightsaber. Maybe you prefer loyalty to the First Order or the excitement of living life like a smuggler? The decisions are up to you." 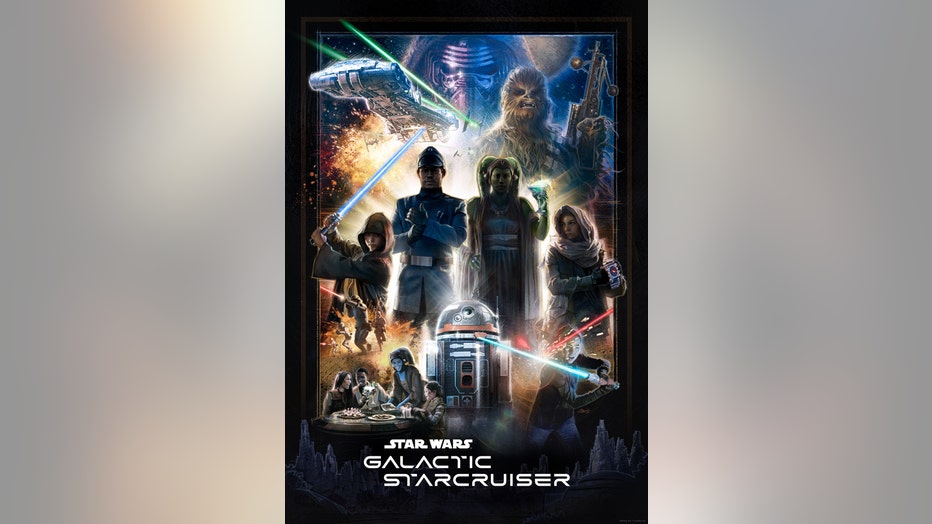 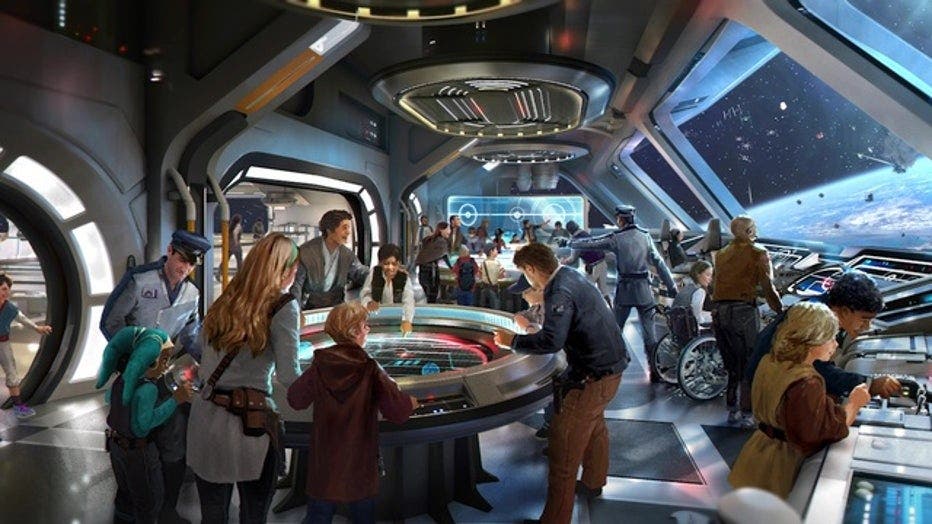 Disney says that the hotel will place guests in a spaceship for their stay.

Walt Disney World said that the resort will offer two-night itinerary where all guests arrive and depart together, similar to a cruise ship.

"Unlike any typical cruise, though, you can become the heroes of your own Star Wars story in a new type of immersive experience that only Disney could create," the Disney Parks blog said. 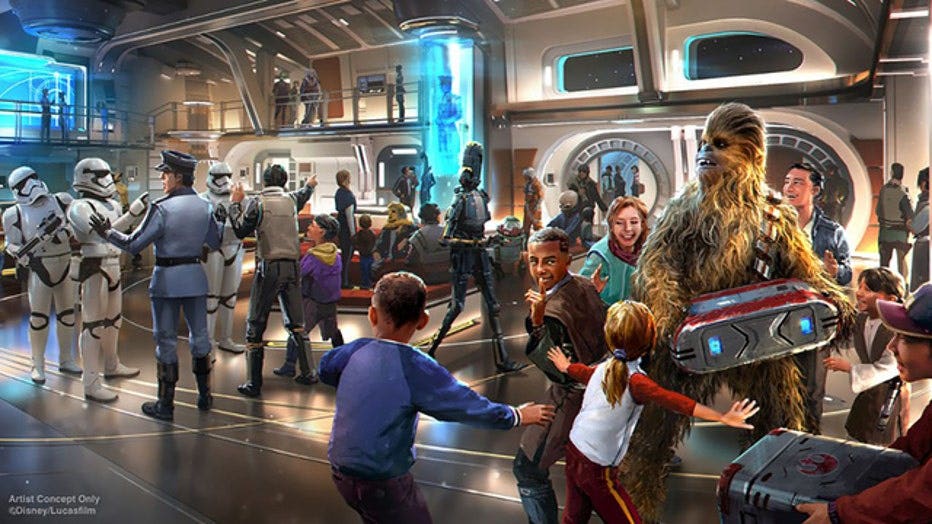 To check-in, visitors will arrive at the Galactic Starcruiser Terminal and enter a "Launch Pod" for transport into space.

"Through windows above, you'll see yourself leave the real world behind as you jump into hyperspace and draw closer and closer to the Halcyon," the blog explained.

| COMPLETE GUIDE TO ‘THE WORLD’S MOST MAGICAL CELEBRATION' |

From here, guests will become part of a "multi-day story" that interacts with other passengers, members of the crew and familiar Star Wars characters. An excursion to 'Star Wars: Galaxy's Edge' at Disney's Hollywood Studios is included in the itinerary. Other activities include training with a lightsaber, learning about the ship's systems, and exploring the ship to uncover hidden spaces.

FOX 35's David Martin speaks to one of Disney's Ambassadors.

"Choices you make during your adventure will help determine how your Star Wars story progresses," Disney said.

They also said that every window of the galactic hotel "has a view of the galaxy beyond, with ever-changing vistas as the ship progresses from place to place."

In addition to the hotel announcement, Disney guests are in for another treat.

As Walt Disney once said, "We’ll always be introducing and testing and demonstrating new materials and new systems." 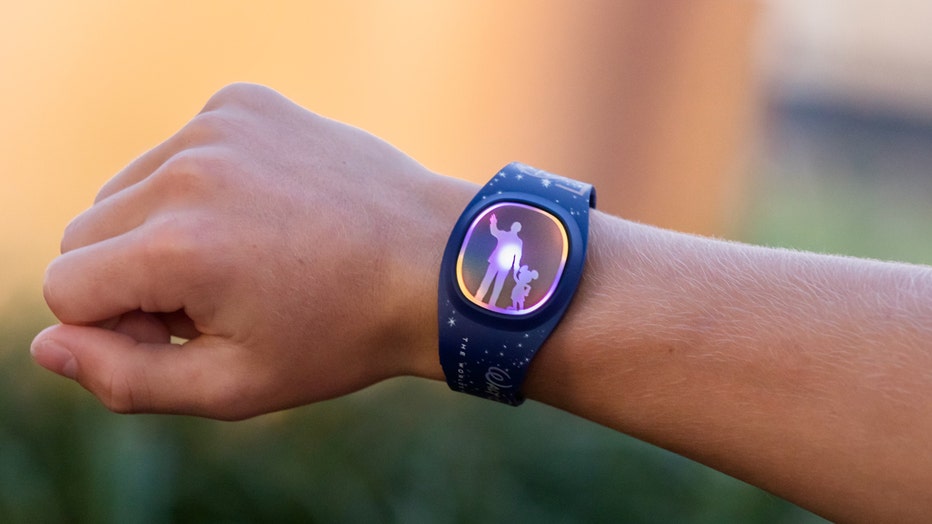 MagicBand+ will keep the popular features guests know and love with their current MagicBands – but with added features to make experiences even more magical. 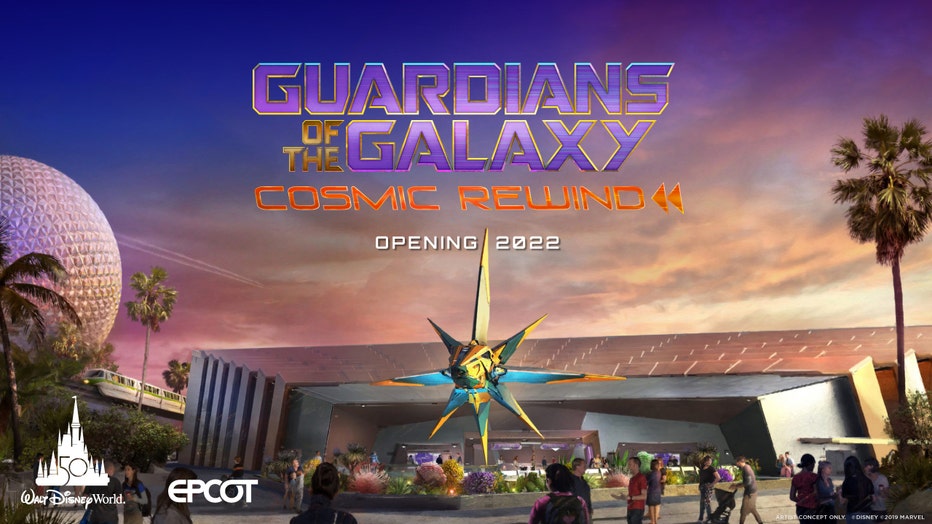 "Our friends from Xandar will open the first "other-world" showcase pavilion at EPCOT next year, inviting us on an intergalactic chase through space and time!" Disney Parks Blog reports.

The family-friendly roller coaster Guardians of the Galaxy: Cosmic Rewind is described as a ‘storycoaster’ that rotates 360 degrees as you help the Guardians save the galaxy. It will also feature the first reverse launch on a coaster in Disney history and is one of the longest enclosed coasters in the world.  You can get more details and see photos of the upcoming attraction HERE.