The Tropical Storm Watch was issued for the lower Florida Keys from Seven Mile Bridge westward to Key West, including the Dry Tortugas. The same watch was also issued for Cuban provinces of La Habana, Mayabeque, and Matanzas.

A hurricane warning has been issued for Grand Cayman and Cuban provinces of Isla de Juventud, Pinar del Rio, and Artemisa where significant wind and storm surge impacts are expected.

The cone of uncertainty is still large and still includes Central Florida. The center of the track has moved slightly to the east and continues to move up through the Florida Panhandle.

Where is Tropical Storm Ian?

What is Tropical Storm Ian's path?

A turn toward the north-northwest is expected on Monday followed by a northward motion on Tuesday with a slightly slower forward speed.  On the forecast track, the center of Ian is expected to pass near or west of the Cayman Islands on Monday, and near or over western Cuba Monday night and early Tuesday.  Ian will then emerge over the southeastern Gulf of Mexico on Tuesday," the NHC said. 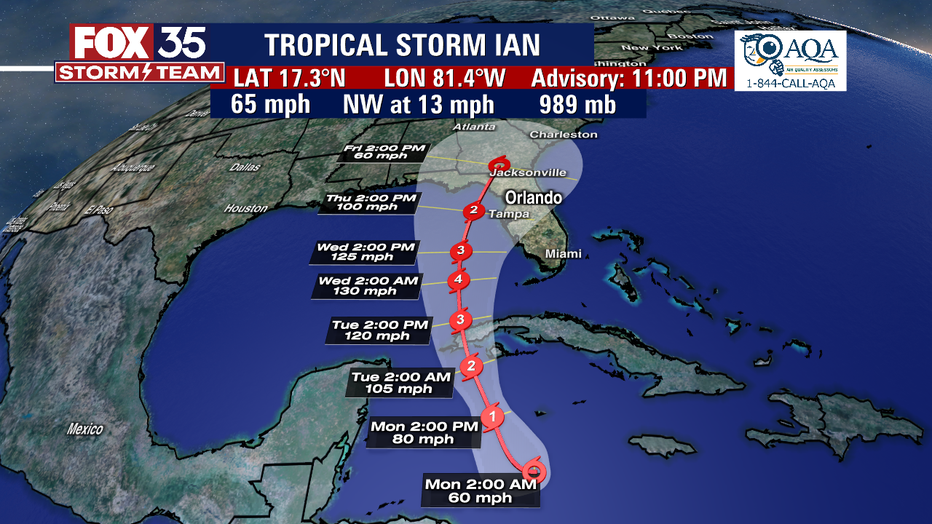 According to the NHC, Tropical storm conditions are expected in the warning area in the lower Florida Keys on Tuesday. Tropical storm conditions are possible within the watch area along the Florida west coast by Tuesday evening. Heavy rainfall may affect North Florida, the Florida Panhandle and portions of the Southeast on Thursday, Friday and Saturday. 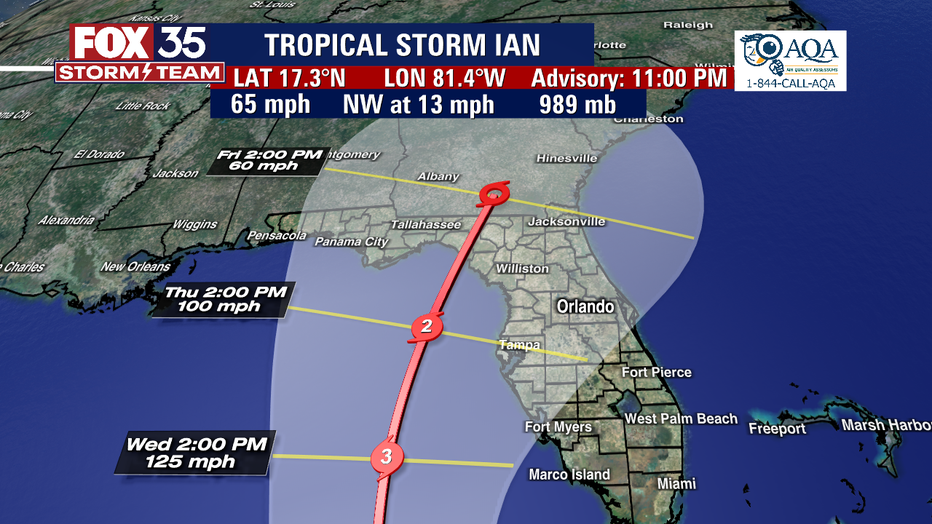 The FOX 35 Storm Team says Central Florida is still in the cone of uncertainty the computer models — both the European and the American (GFS) — are still in disagreement even though we are about four to five days out. 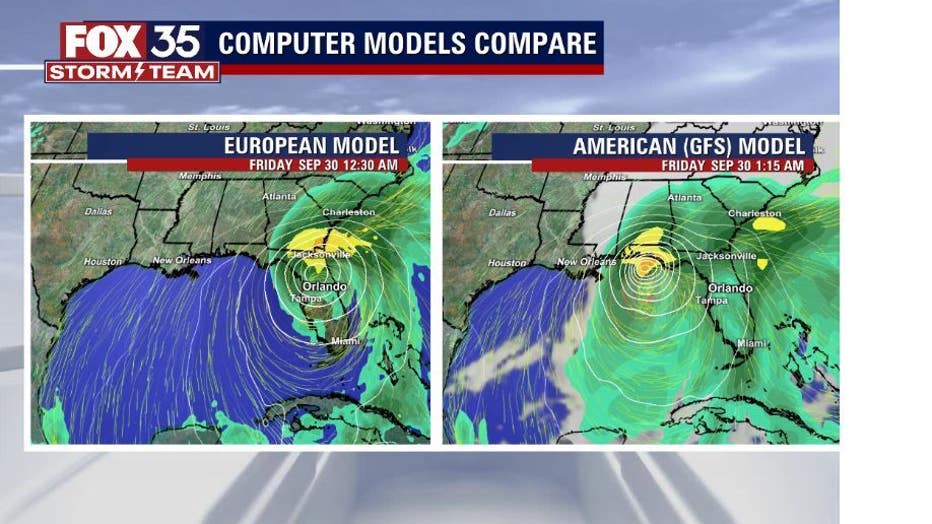 "The European model is actually going to have a bit of a more easterly track and it's a hair faster than what we are seeing with the GFS model. That European model does have an impact right around the Tampa area - so that would be bringing greater impacts here locally, meaning more rain, the potential for flooding as well as the threat for isolated tornadoes, as well as gusty winds," FOX 35 Storm Team Meteorologist Allison Gargaro said. 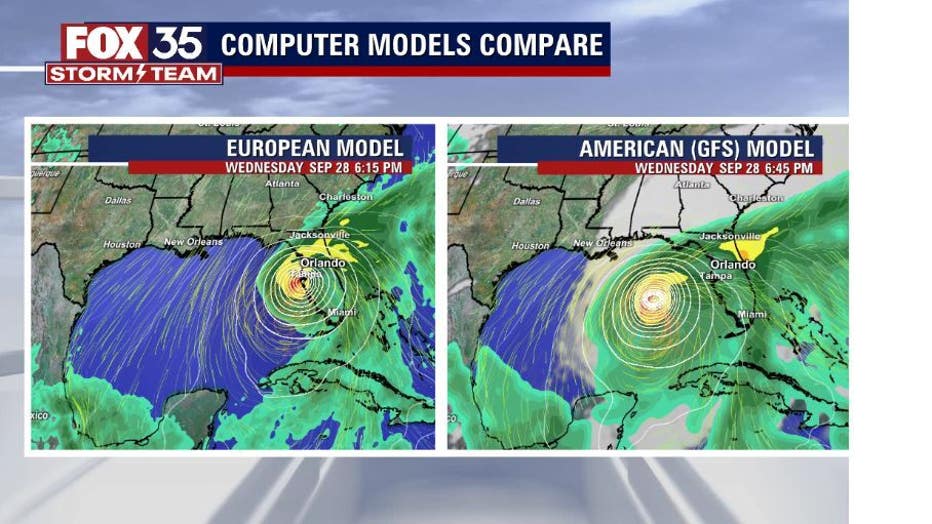 The GFS model, however is a little further off to the west, and is a bit slower on the approach toward the western side of the Florida Panhandle. "We will still be seeing impacts of rain as well as some winds," Gargaro said.

Our exclusive FOX MODEL, which is inline with the NHC is predicting, shows the model staying off to the west, with some outer rainband impacts to our southern viewing area as early as 10 p.m. Tuesday. 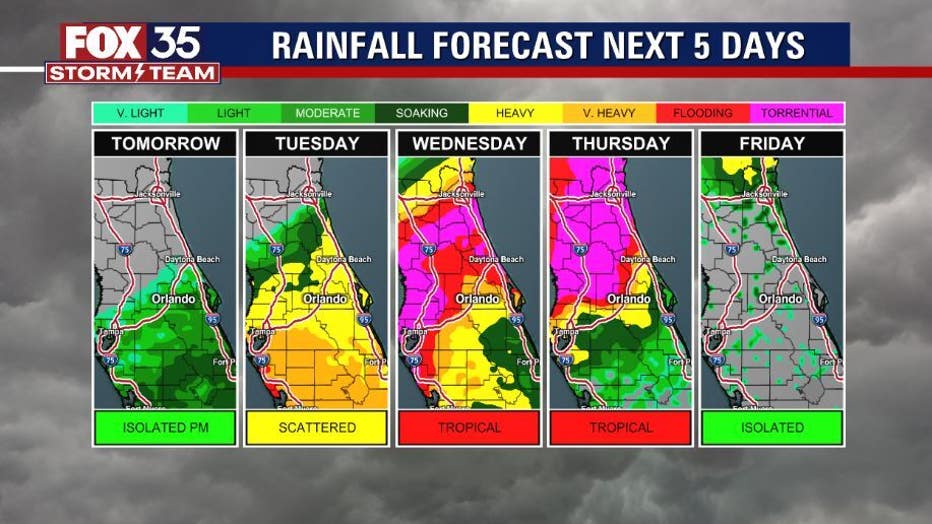 "Residents in Florida should ensure they have their hurricane plan in place," the NHC said. 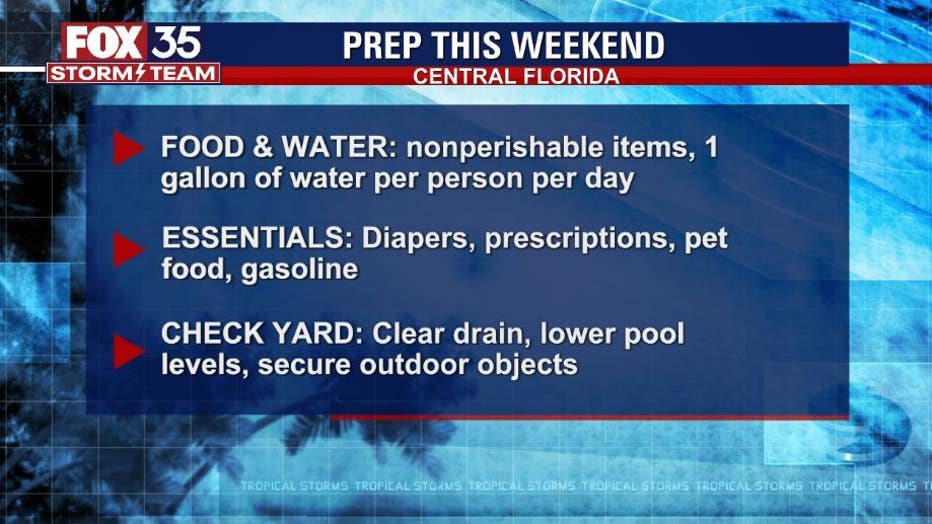 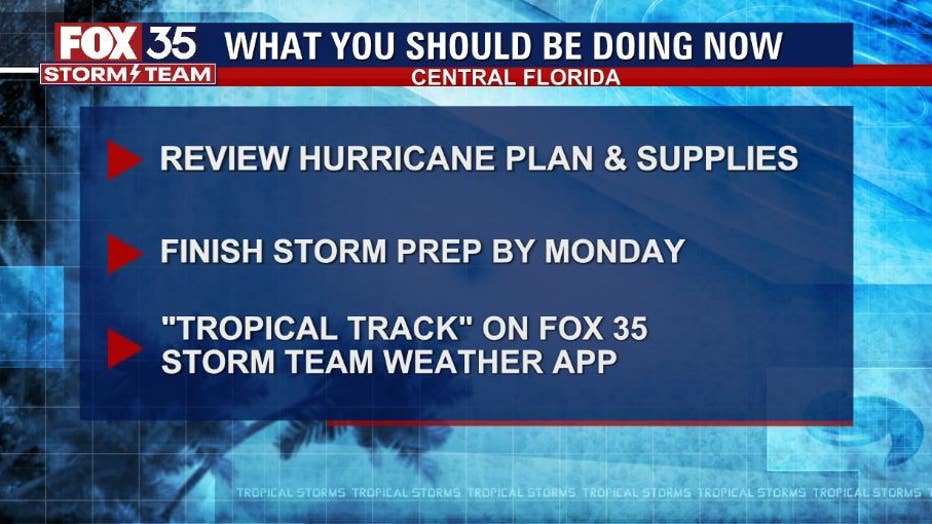 The FOX 35 Storm Team said there are a lot of factors that will impact Ian's path, including a "high pressure" system to the west, the jet stream, Ian's timing and speed, warm water in the Gulf of Mexico, and a trough – and area of low pressure – nearby.