White Castle opens on May 3 in Orlando

ORLANDO, Fla. - The largest free-standing White Castle in the world will soon open in Orlando and FOX 35 got an inside look at the restaurant on Tuesday.

White Castle will open its highly anticipated Orlando location on May 3. There will be a ribbon-cutting ceremony at 8 a.m., when doors officially open to guests. They will stay open until 1 a.m., but workers anticipate that they will be serving the line until about 4 a.m.

"The Orlando Castle will be open for take-out, dine-in and drive-thru service from 8 a.m. to 1 a.m. on grand opening day, then reopen on Tuesday with regular operating hours 9 a.m. to 1 a.m., seven days per week. At some point in the future, White Castle will operate 24 hours per day," the company previously said.

On opening day, White Castle said that guests can order a maximum of sixty sliders per visit.

FOX 35's David Martin got to visit the kitchen and dining room of the burger joint on Tuesday during Good Day Orlando. Over 140 employees were being trained in preparation for massive crowds on opening day.

White Castle to open in Orlando on May 3

FOX 35's David Martin is checking out Orlando's new White Castle and what they serve for breakfast.

The company broke ground in November on the White Castle restaurant that will be located at the O-Town West near Palm Parkway and Daryl Carter Boulevard. It will feature both indoor and outdoor seating, two drive-thru lanes, an eye-catching tower and 4,567 square feet of space.

The location will reportedly also be the largest one for the chain, which is known for its tiny square-shaped hamburgers. Their menu also includes a variety of sliders, like sloppy joe sliders and chicken and waffle sliders, and sides like mac 'n cheese nibblers, chicken rings, corn dog nibblers and french fries.

There will also be limited-time White Castle Orlando shirts for sale on opening day.

Back in February, White Castle opened a virtual kitchen in Orlando but had to shut down because of overwhelming demand. 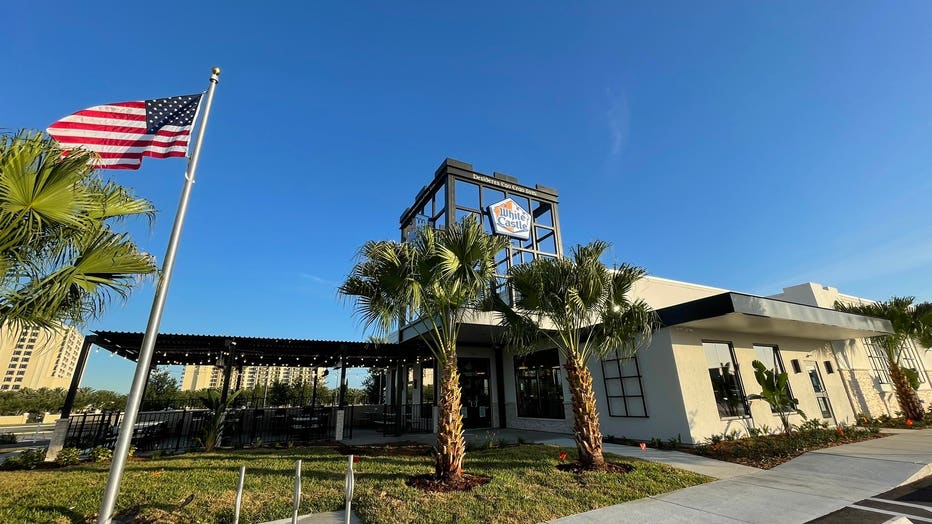 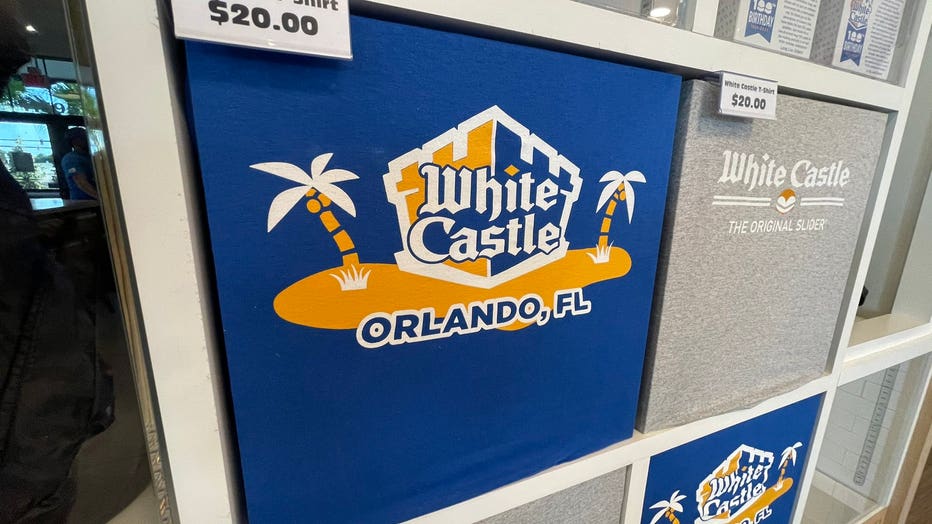 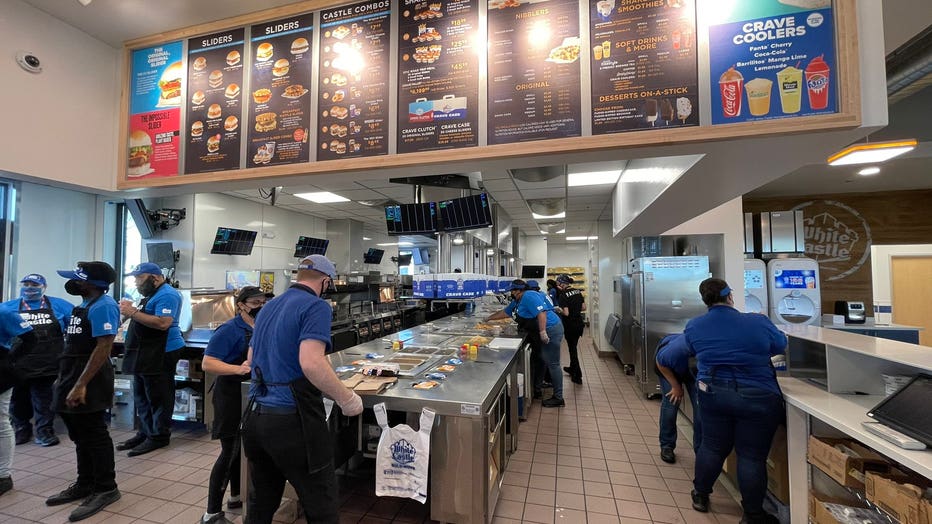 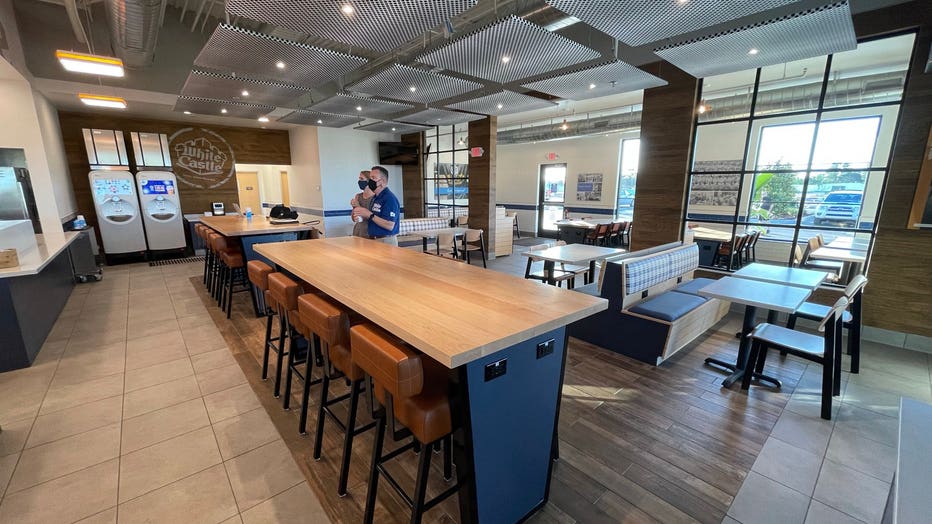 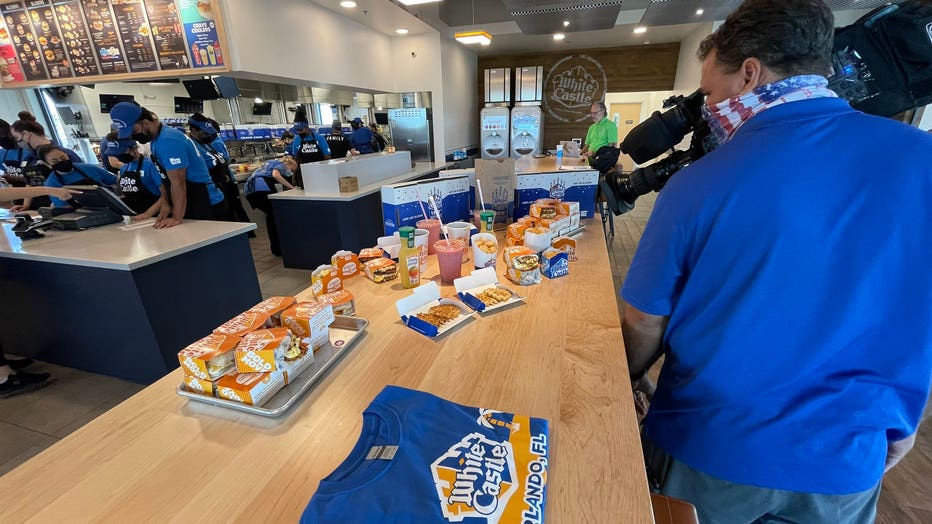 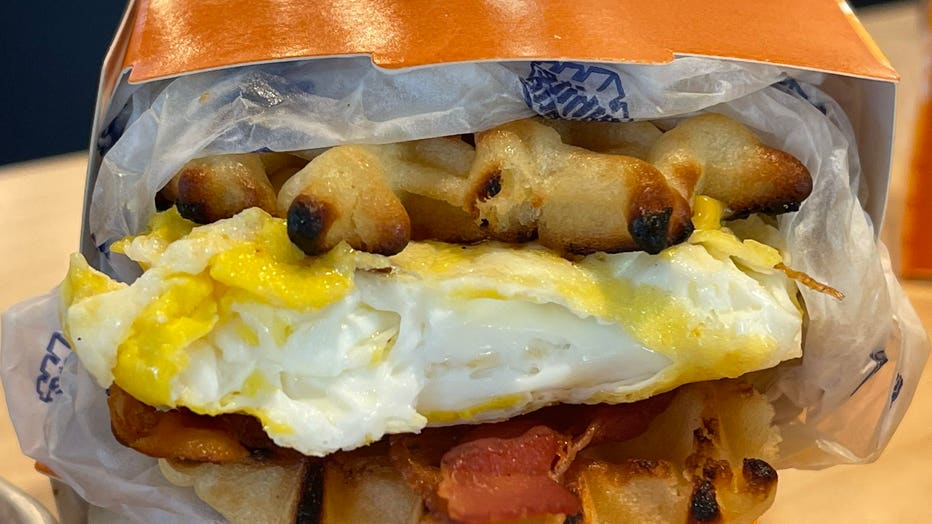 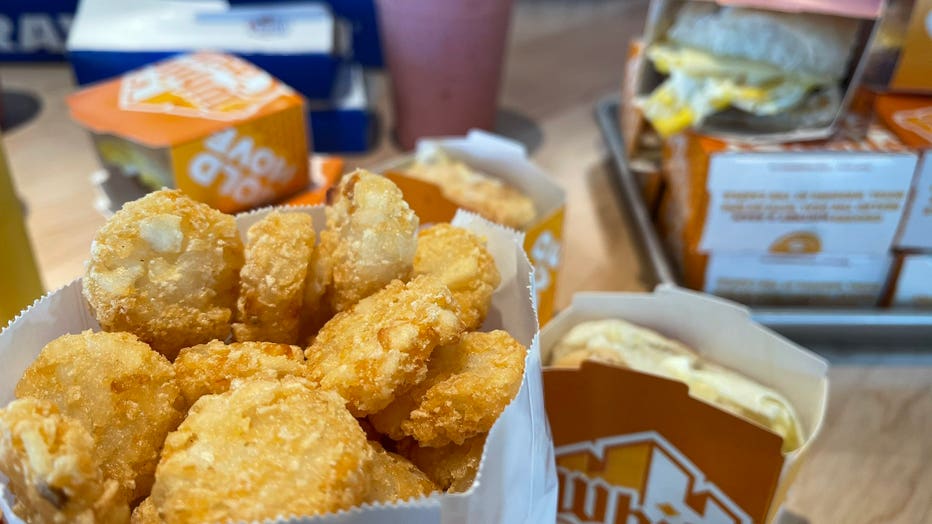 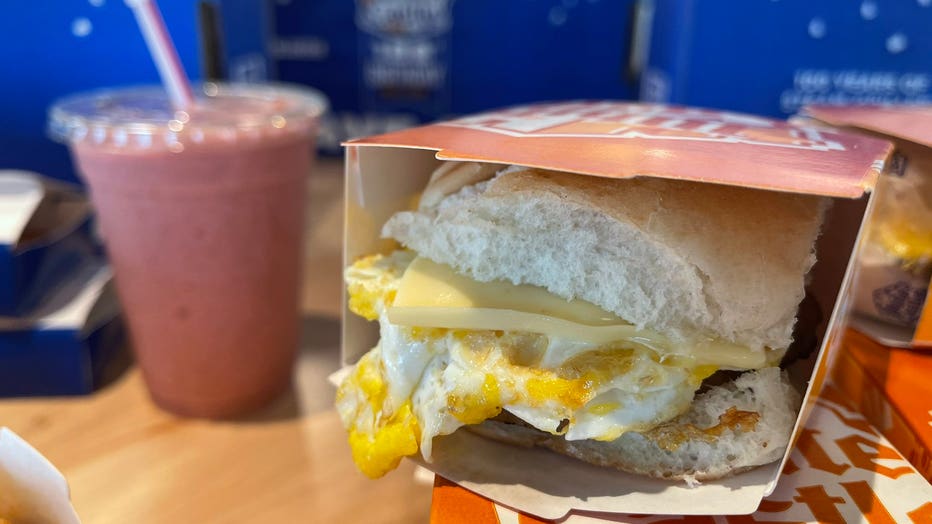 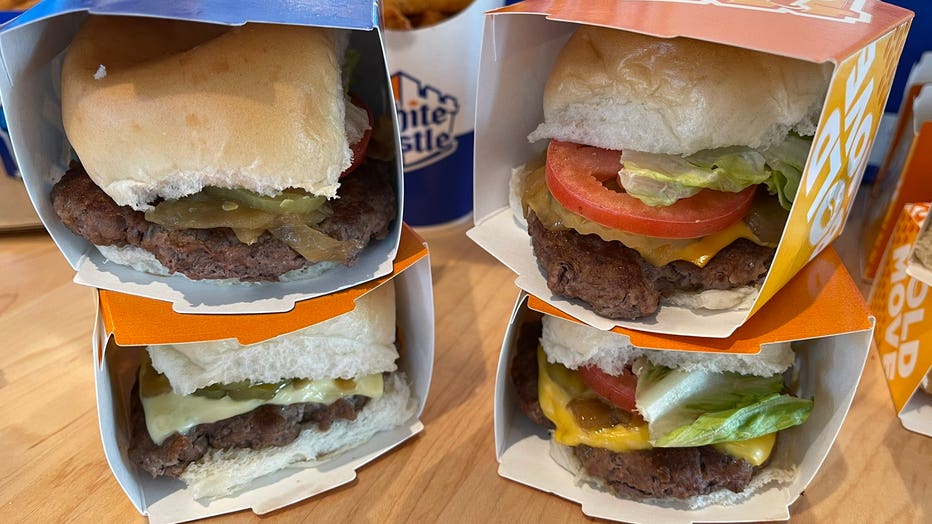 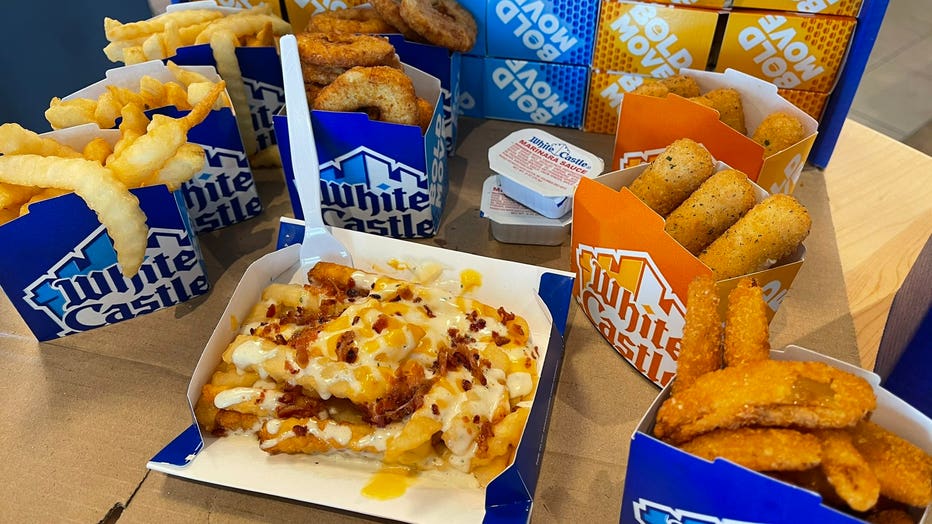 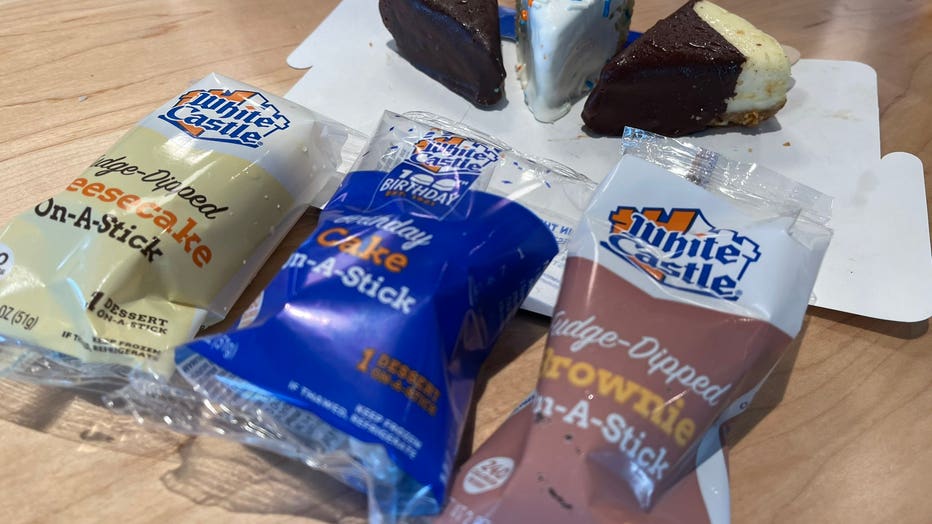 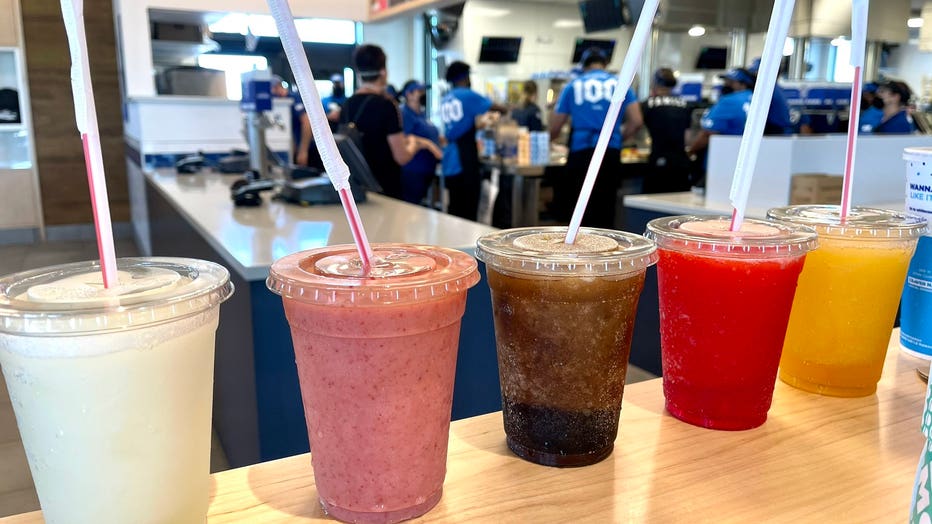