A man and a woman were shot in downtown Orlando following a fight late Sunday, according to police. The Orlando Police Department said the shooting happened shortly before midnight in the area of East Pine Street and South Court Avenue.

ORLANDO, Fla. - A man and a woman were shot in downtown Orlando following a fight late Sunday, according to police.

The Orlando Police Department said the shooting happened shortly before midnight in the area of East Pine Street and South Court Avenue.

Police responded to the area after hearing gunshots and found a woman who had been shot in front of the Dank Orlando City Smoke Shop on S Court Ave.

Officers found the second victim inside the Celine Orlando Nightclub nearby. He had been grazed by a bullet, a police spokesperson said in a statement.

Orlando police received a description of the suspect, later identified as 32-year-old Wulner Durand, and found him in the area of E Church Street and S Orange Avenue. Police said he had a gun in his possession.

"I was shooting because they were jumping me," Durand allegedly told police, according to an arrest affidavit. 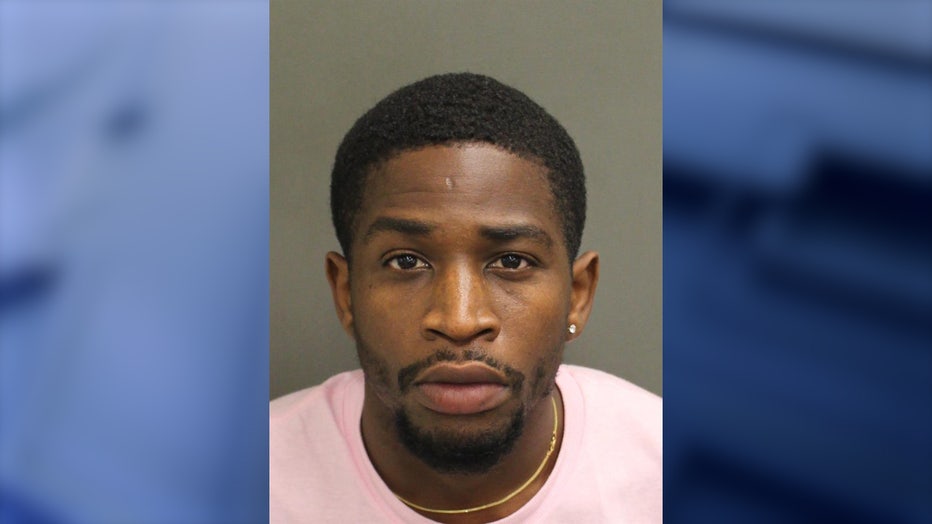 The two shooting victims were taken to a hospital and are expected to be OK.

According to an arrest affidavit, the woman had just met Durand for the first time Sunday night while at Eden the Lounge on E Central Boulevard.

Durand reportedly asked the woman and her friend if they were interested in making extra money while partying. Her friend's boyfriend didn't want Durand talking to her, and an argument broke out between the boyfriend and Durand. Security kicked them out, officers said.

Later that night, the woman reportedly told officers she was standing outside the smoke shop when Durand came and began an argument with them again, which turned into a physical fight.

That's when police said Durand allegedly pulled out a gun and started shooting in her direction, striking her in the foot.

The other shooting victim was working at the front door of the nearby nightclub, checking IDs, when he heard multiple gunshots. Police said he ran inside the club after being grazed by a bullet.

Durand was booked into the Orange County Corrections facility where he faces two counts of aggravated battery with a firearm and one count of carrying a concealed firearm.

In August, the city put in place designated security zones on Friday and Saturday nights after a shooting in the area of Wall Street Plaza – a complex of bars, restaurants and nightclubs – left seven people hurt.

The security zones are not in effect on Sunday nights.