Chief Meteorologist Jayme King and meteorologist Brooks Garner share the latest tracks and projections on Tropical Storm Ian, including when it could become a hurricane and when it could impact parts of Florida.

ORLANDO, Fla. - As Tropical Storm Ian continues makes its way passed Cayman Islands, Jamaica, and Cuba, and enters the Gulf of Mexico, it's expected to rapidly increase in intensity and become a major hurricane – considered category 3 or higher. Florida, including Orlando and the surrounding areas, remains in Ian's track – the so-called cone of uncertainty, though it's not yet clear exactly where the storm will make landfall.

Here is the latest track and timeline from the National Hurricane Center: 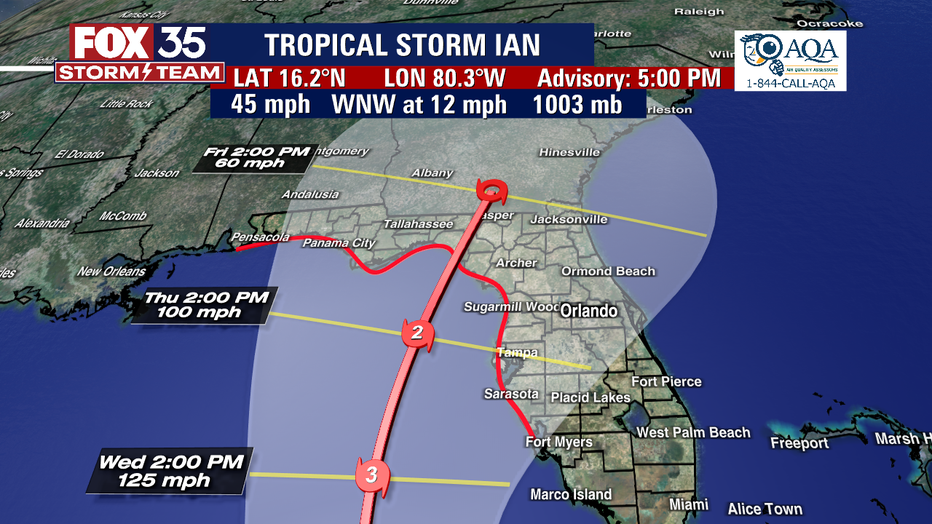