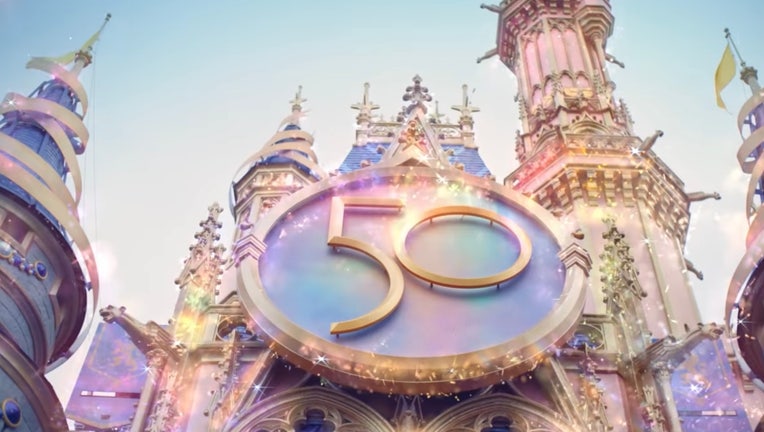 ORLANDO, Fla. - As we count down to Walt Disney World's 50th anniversary celebration, a new commercial has been released giving us another glimpse at the magic that is to come at The World’s Most Magical Celebration!

The commercial starts with several beloved Disney characters, including Mickey and Minnie Mouse, in front of Cinderella's Castle, which is decked out in 50th anniversary decor. In the background, the anthem for the milestone celebration, "The Magic Is Calling," plays as Disney's world-famous attractions glow in magical wonder.

Disney released its first commercial for the upcoming celebration in May featuring several hidden Easter eggs!

Festivities for the 50th anniversary celebration begin October 1, the same day the theme park company opened its first Florida park in 1971. It will last for 18 months.

For more on what Disney fans can expect during the celebration, check out our FOX 35 guide to ‘The World’s Most Magical Celebration.’