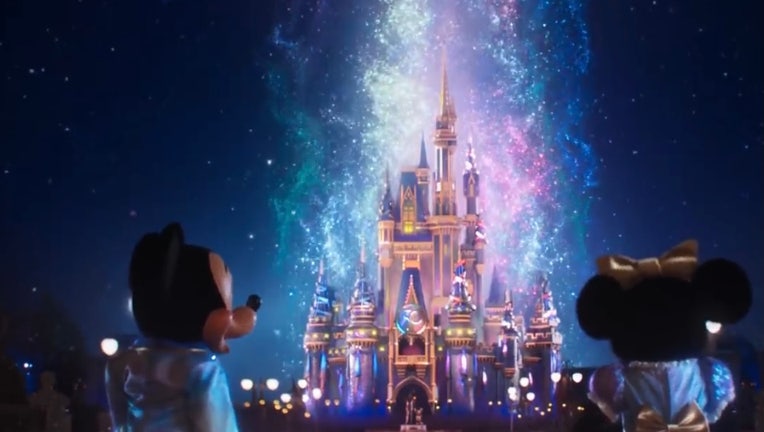 ORLANDO, Fla. - As we count down the months until Disney's 50th anniversary celebration, the theme park is giving us a first look at the upcoming magical event with a new commercial! And watch closely: there are some hidden Easter eggs surprises for Disney fans!

"In the commercial, Disney magic lives in a secret room tucked away inside Cinderella Castle. There’s so much magic in this room, it can’t be contained and is ready to burst through!" Disney Parks Blog reports. "Along with an EARidescent magic-filled "50th Anniversary" cabinet, this special room also contains a variety of artifacts from beloved Disney stories, characters and attractions."

There are over a dozen Easter eggs to spot, including Cinderella’s glass slipper, and the Enchanted Rose from "Beauty and the Beast." See if you can spot them in the video below:

Walt Disney World has been working on getting the parks ready for the "The World’s Most Magical Celebration," which is planned to begin on October 1. The celebration will last 18 months. The Magic Kingdom has been adding special decor to Cinderella Castle for its upcoming celebration.

More decorations across the parks will be added in the coming months "as the turrets and towers receive shimmering pearls, jewels, and ribbons in royal blues and iridescent golds. At night, this royal landmark will be a vision to behold, as it becomes one of the shining Beacons of Magic, shimmering with EARidescence."