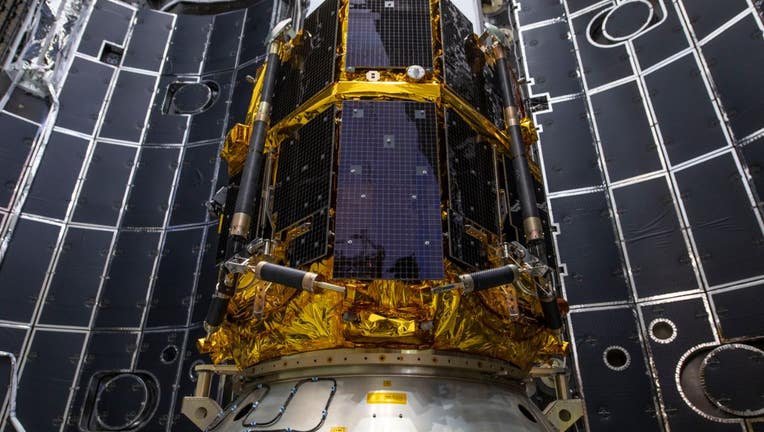 CAPE CANAVERAL, Fla. - Weeks after NASA launched its Space Launch System, sending the Orion spacecraft on the Artemis 1 mission around the moon, SpaceX was hoping to launch two missions to the moon.

The Japanese-led ispace HAKUTO-R Mission 1 lunar lander was scheduled to launch on Wednesday morning just before 4 a.m., but it was pushed to early Thursday.  Then, that launch was scrubbed. The space company is now reviewing pre-flight data and said it will announce a new target launch date once it is confirmed.

The Falcon 9 will lift off from Cape Canaveral Space Force Station in Florida.  Also onboard the rocket is the Lunar Flashlight, a small satellite managed by NASA's Jet Propulsion Laboratory in California.

The SpaceX rocket booster will return for landing back at Cape Canaveral Landing Zone 1 about 8 minutes after the liftoff, sending sonic booms across Central Florida.

What is a sonic boom?

According to SpaceX, the launch will mark the fifth for this Falcon 9 rocket booster. The first stage booster supporting this mission previously launched SES-22 and three Starlink missions.