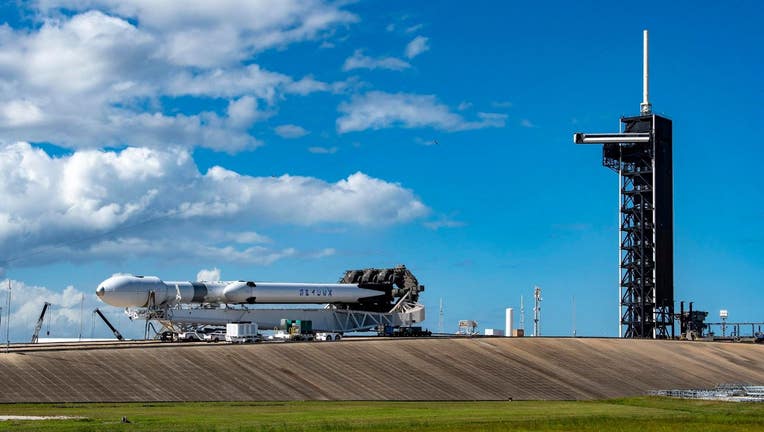 SpaceX's Falcon Heavy rolls up the ramp ahead of its launch on Tuesday, Nov. 1. Photo via SpaceX

As SpaceX prepares to launch its Falcon Heavy into space on Tuesday morning, officials are warning spectators and those that live near Cape Canaveral to expect two "sonic booms" shortly after launch.

The launch is currently scheduled for 9:40 a.m. You can watch it live, here.

According to Kennedy Space Center, the rocket is part of a United States Space Force mission – USSF-44 – and is "expected to deploy two spacecraft payloads directly into geosynchronous orbit, one of which is the TETRA 1 microsatellite."

After launch, the Falcon Heavy's two side boosters will land on ladening zone 1 and 2 at Cape Canaveral Space Force Station, which will produce the two sonic booms.

What is a sonic boom?

A sonic boom happens when something travels through the air faster than the speed of sound – about 750 mph – resulting in a loud boom similar to an explosion or thunder, according to NASA and U.S. Air Force.

NASA said the sound energy of a sonic boom is around 110 decibels.

This launch was initially scheduled for 2020, but was delayed. It's also the first time in three years the Falcon Heavy has been used to launch payloads into space.

Back in 2018, the double sonic booms set up many car alarms at Kennedy Space Center and rattled people's windows throughout Central Florida.