ORLANDO, Fla. - "Hands up! Don't shoot!" shouted protesters marching through Downtown Orlando on Sunday, the second straight day of demonstrations in the city over the killing of George Floyd by a police officer in Minnesota.

Crowds gathered at Lake Eola Park earlier in the afternoon where organizers spoke to those in attendance at the Walt Disney Amphitheater.  The hundreds who had assembled at Lake Eola then proceeded to City Hall before continuing down South Street to the Orlando Police Department's headquarters.

There were no instances of violence, according to the Orlando police officers who escorted the marchers along their journey. 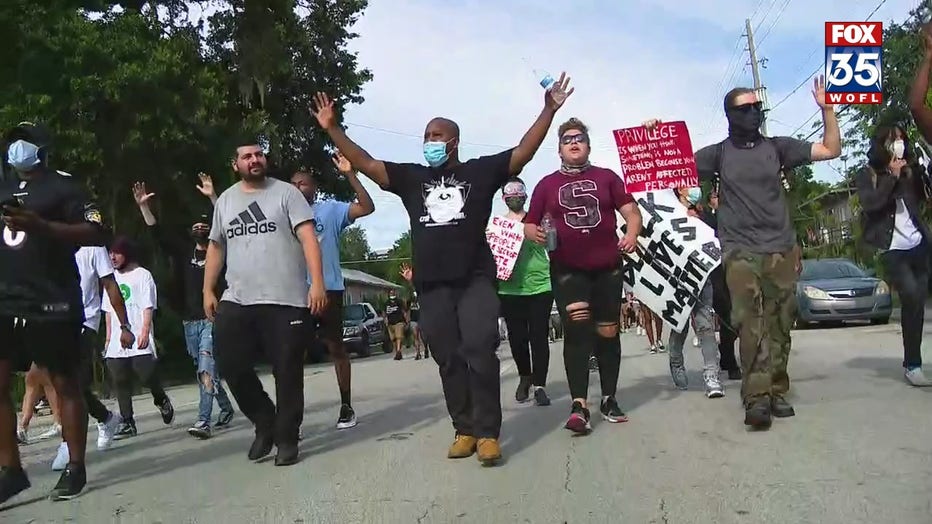 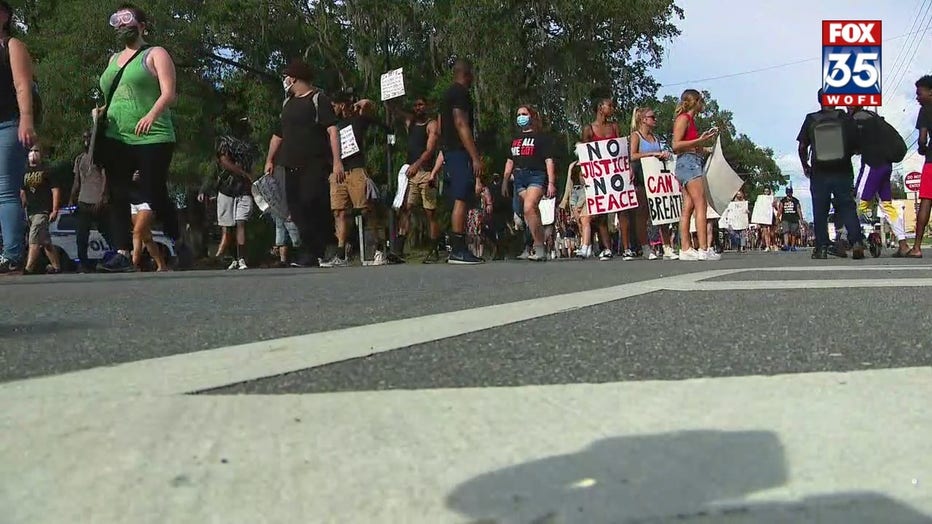 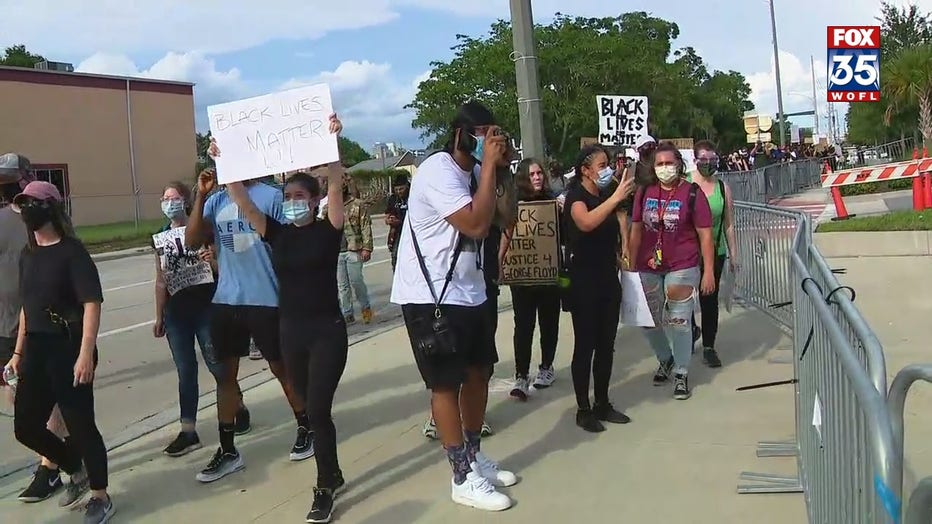 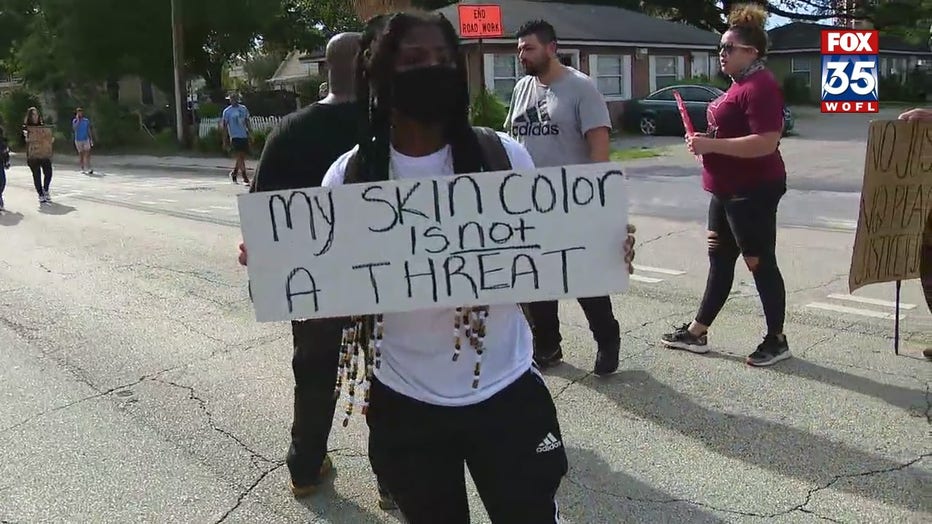 After arriving at the OPD headquarters, chants of "No justice, no peace! No racist police!" could be heard. 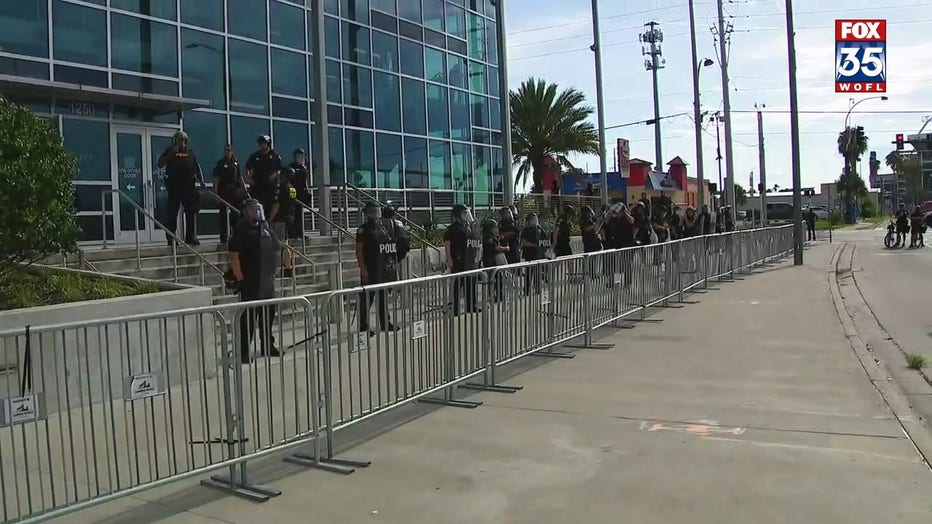 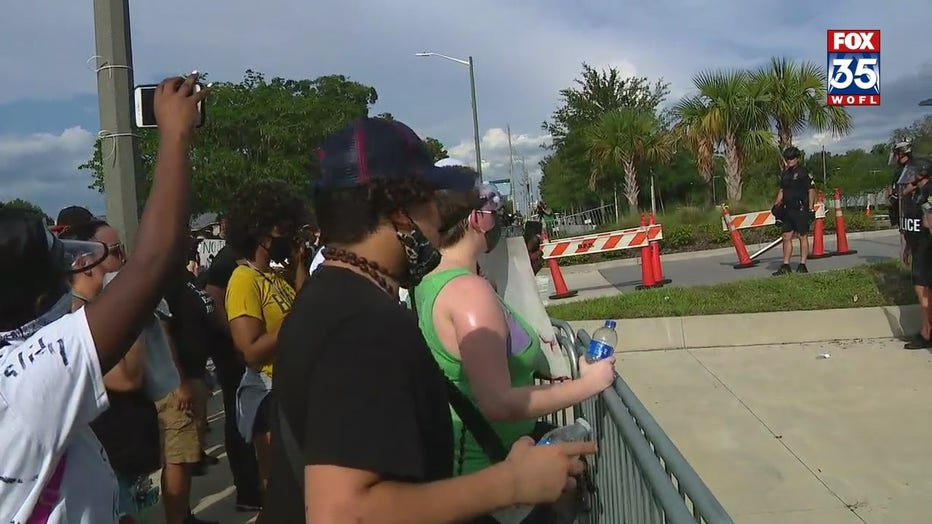 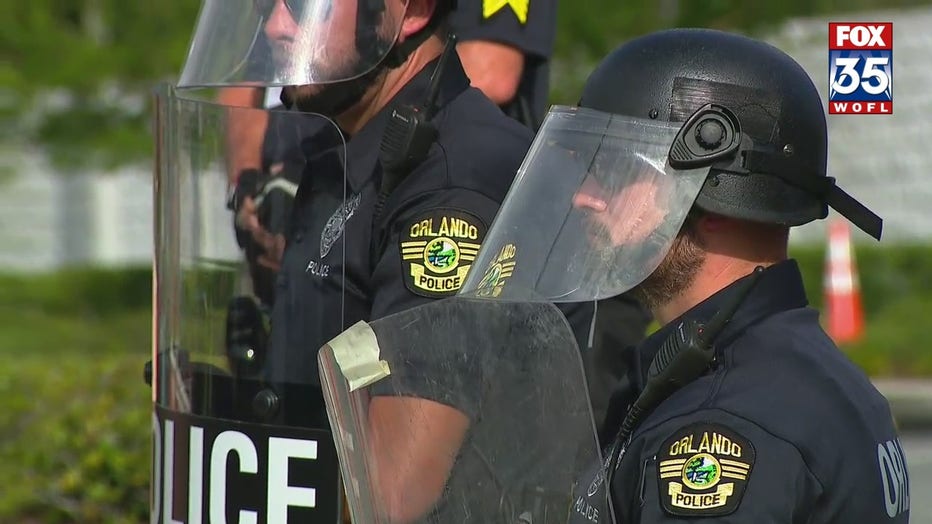 "Today, one of our primary concerns is vandalism to our local businesses," said Orlando Police Chief Orlando Rolon, during an afternoon news conference, where he addressed looting near the Mall at Millenia and announced a curfew.

"In order to protect our local businesses from acts like this that occurred in the Millenia Mall area, Mayor Dyer has been in communication with other mayors and he decided this morning that a curfew will be enacted in the City of Orlando from 10 p.m. to 5 a.m.," he added. 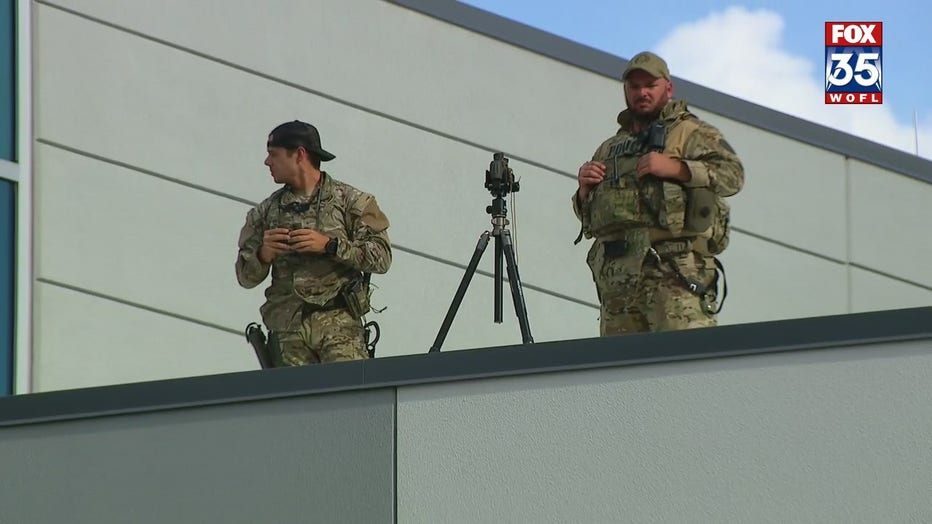 To help difuse tension, Chief Rolon was joined by Orange County Sheriff John Mina in taking a knee with the protesters outside of the OPD headquarters to talk about outrage caused by Floyd's death.

It was a very different scene from 24 hours earlier when officers and protesters clashed on Saturday evening along Orange Avenue after demonstrators were seen throwing water bottles at officers and setting off fireworks.  In response, some in the crowd were pepper-sprayed by officers.

RELATED: Looters broke into stores around Mall at Millenia as 'Justice for George' protests erupted across Orlando

Blocks away, along State Road 408, a similar scenario played out as a large number of Black Lives Matter protesters blocked the roadway for several hours before law enforcement released a chemical agent to disperse the crowds.

The Downtown Orlando march comes a day after at least 17 people were arrested by Orlando police in protests, demonstrations and break-ins across Central Florida.

Hundreds of people gathered at Lake Eola on Sunday afternoon to protest the deadly arrest of George Floyd. From Lake Eola, they marched to Orlando City Hall, then onto Orlando Police Headquarters along South Street. There were no instances of violence reported and protesters were given a police escort. The march came hours after looting and vandalism was reported in the Mall at Millenia area.

On Sunday, Orlando Police Chief Orlando Rolon tweeted that Orlando Mayor Buddy Dyer would also be instituting the same curfew for the City of Orlando.

George Floyd was killed during a confrontation with a police officer in Minneapolis.

The former officer was seen kneeling on Floyd's neck as he struggled to breathe, Derek Chauvin, is in custody.

He is charged with third-degree-murder and manslaughter.

His wife has also filed for divorce, as her attorneys say that she was devastated by Floyd's death.