The Orlando Police Department says it had to clear protesters off State Road 408 in Orange County early Saturday evening.

ORLANDO, Fla. - The Orlando Police Department says it had to clear protesters off of State Road 408 in Orange County on Saturday.

Authorities say members of a Black Lives Matter protest got onto the roadway, near Exit 8A, which is at State Road 423 and John Young Parkway, blocking all lanes. 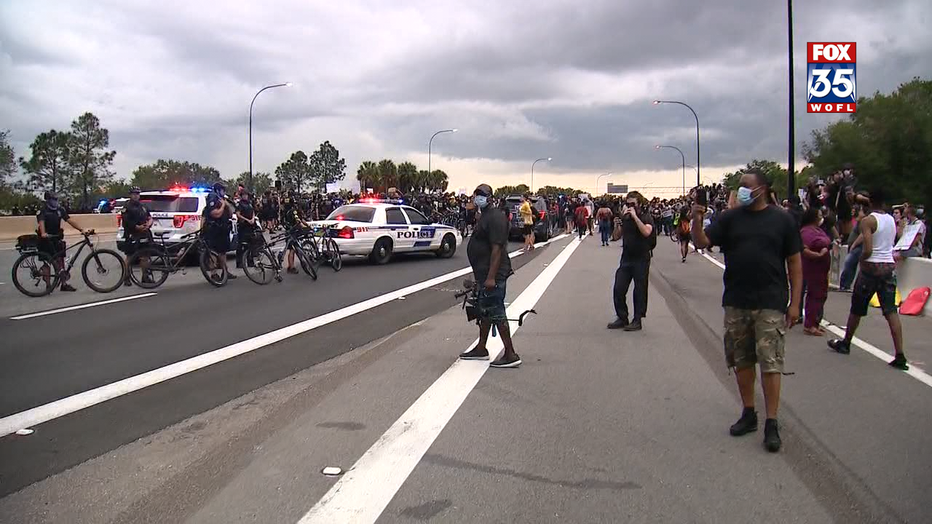 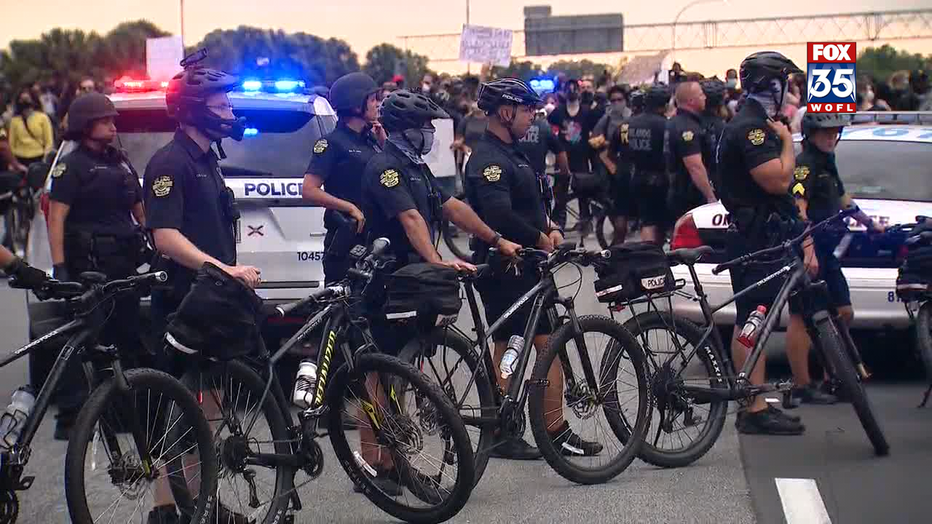 Officials say people were gathering to protest the death of George Floyd, who was killed during a confrontation with a uniformed police officer, Derek Chauvin, while three other officers stood by.

While Chauvin has been arrested, the three other officers have not.

In a video recorded by a witness, Chauvin appears to be pressing his knee into Floyd's neck. Floyd, 46, is heard begging for air. He later died. Chauvin, 44, is now charged with third-degree murder and second-degree manslaughter. 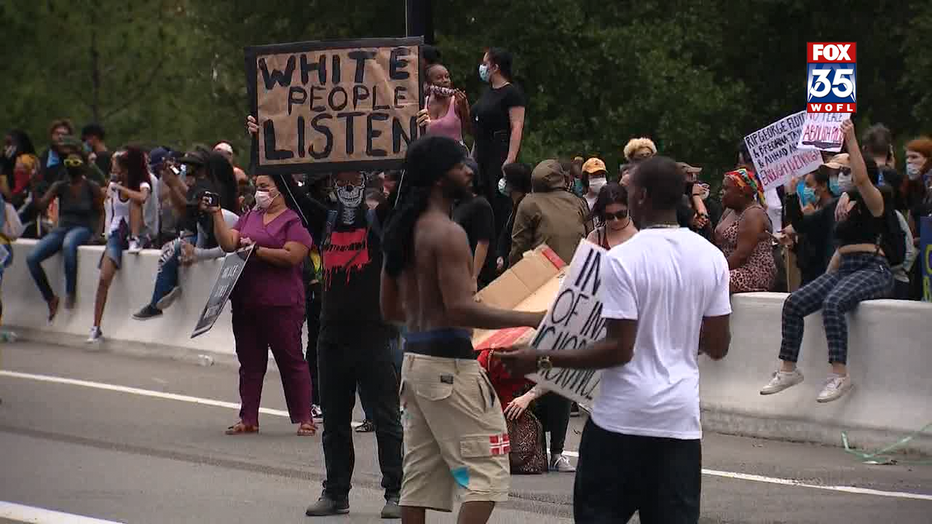 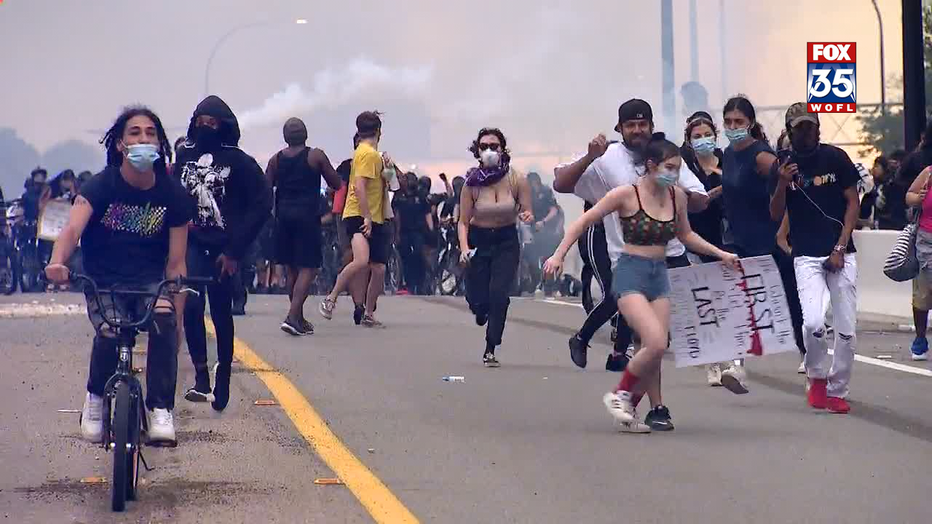 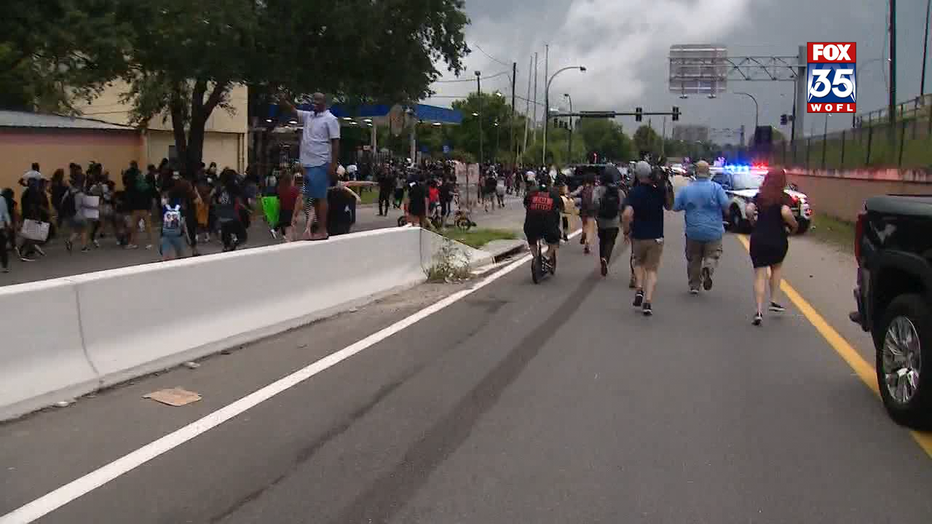 "Officers issued an order for the crowds to disperse. Unfortunately, some opted to throw rocks and bottles at officers, which forced the officers to deploy a chemical agent," Chief Rolon added. "It soon began to rain and everyone cleared the area."

After the protesters were cleared, the lanes were reopened.

The Florida Highway Patrol said it had about 20 patrol units helping the Orlando Police Department on both Interstate 4 and on State Road 408.

Orlando Mayor Buddy Dyer tweeted about the local protests, saying in part, "Together we should use our voices to peacefully enact change."

Chief Rolon later added that "if anyone is going to exercise their right to voice what we believe is a proper time to voice an opinion on matters that are of importance to our nation, to do so peacefully."

After the encounter on State Road 408, at least six arrests were made, according to the Orlando Police Department.

Officers were expected to maintain a presence throughout the city and monitor activity overnight, "looking out for the safety of our citizens, our peaceful demonstrators, and our local businesses," the agency said.

Video from Miles Mulrain shows protesters gathering on State Road 408 as police officers were commanding them to disperse.