ORLANDO, Fla. - People gathered outside Orlando City Hall in downtown Orlando on Saturday in protest of the U.S. Supreme Court's decision on Friday to overturn the landmark 1973 Roe v. Wade case, ending constitutional protections for abortions and expected to lead to abortion bans in several states.

Demonstrators chanted "my body, my choice" among other messages, and held signs expressing their thoughts on the Court's ruling as drivers honked every few seconds. Others shared personal stories and future fears over the ruling.

"It's scary, as a woman, to realize that if something is done against your will, you're still going to be held responsible for that, potentially," one person told FOX 35 News.

McKenzie King, who's from Texas, said the right to an abortion was something that let her family make a hard decision that ultimately let them succeed, she said.

"My mom had an abortion in college, and it was the only reason she got to finish college with us, and my sister probably wouldn't be able to have the family that we have, if it wasn't for abortion," King said. 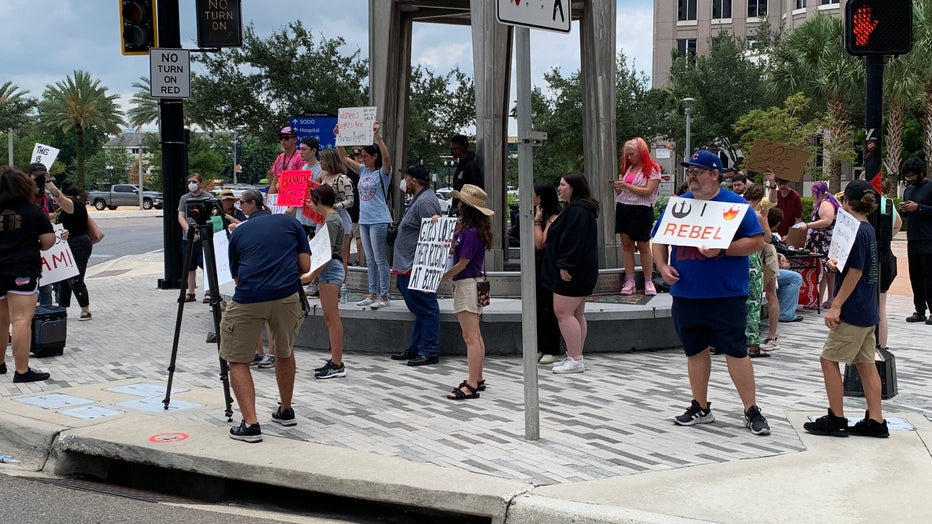 RELATED: State by state: Where abortion will be illegal after Supreme Court Dobbs v. Jackson ruling

"Roe actually imposed a standard of a law on the entire country without anyone being able to do anything about it. They love that situation that they're in."

Democratic candidate Val Demings was in Orlando on Saturday speaking with members of the AFL-CIO, which is the largest federation of unions in the United States.

"If anyone believes that men and women are in this battle, that we're going to go back to a dark time when women were treated as property or second-class citizens, they're out of their minds."

A Reuters/Ipsos poll conducted before the ruling came down showed that about 71% of Americans, including majorities of Democrats and Republicans, say decisions about terminating a pregnancy should be left to a woman and her doctor, rather than regulated by the government. 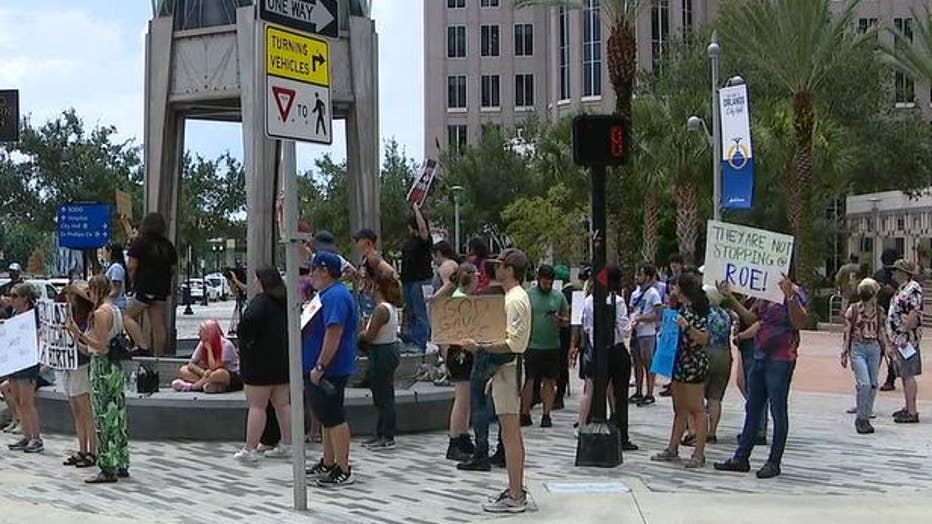 Several Florida lawmakers spoke out after Friday's ruling, including Governor Ron DeSantis, who said the "prayers of millions upon millions of Americans" have been answered. He released the following statement:

"The prayers of millions have been answered. For nearly fifty years, the U.S. Supreme Court has prohibited virtually any meaningful pro-life protection, but this was not grounded in the text, history or structure of the Constitution. By properly interpreting the Constitution, the Dobbs majority has restored the people's role in our republic and a sense of hope that every life counts. 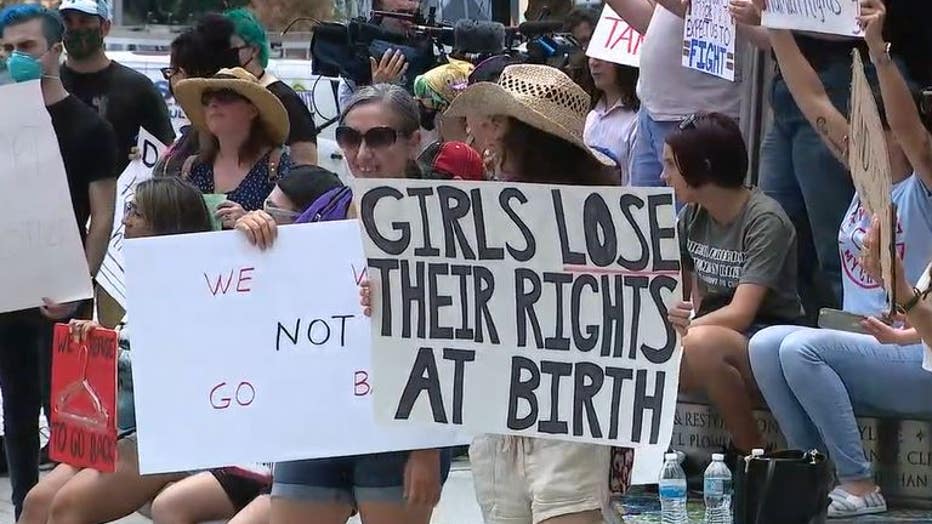 Florida will continue to defend its recently-enacted pro-life reforms against state court challenges, will work to expand pro-life protections, and will stand for life by promoting adoption, foster care and child welfare."

The ruling stripped away women’s constitutional protections for abortion, a fundamental and deeply personal change for Americans’ lives after nearly a half-century under Roe v. Wade. The court’s overturning of the landmark court ruling is likely to lead to abortion bans in roughly half the states.