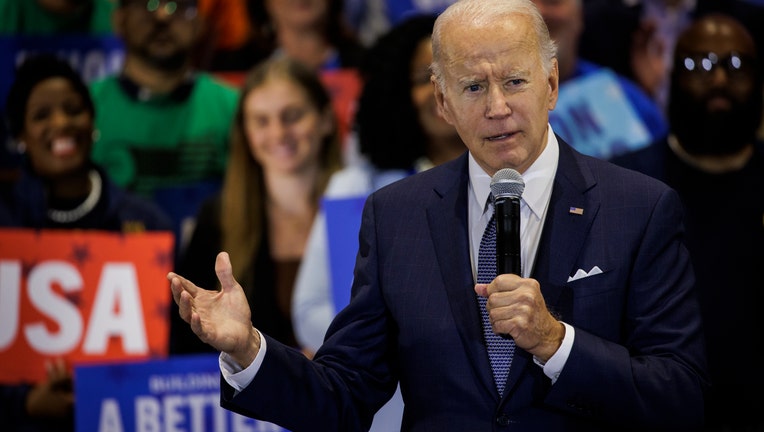 WASHINGTON, DC - SEPTEMBER 23: U.S. President Joe Biden speaks during a Democratic National Committee event at the headquarters of the National Education Association on September 23, 2022 in Washington, DC. The president urged supporters to vote in t

LAKE MARY, Fla. - President Biden declared Saturday that an emergency exists in Florida and has ordered Federal assistance to supplement State, tribal, and local response efforts due to the emergency conditions resulting from Tropical Storm Ian beginning on September 23, 2022, and continuing.

Biden has also postponed his trip to Orlando to speak at a rally for the Democratic National Convention (DNC).

Biden has authorized the Department of Homeland Security along with Federal Emergency Management Agency (FEMA) to coordinate all disaster relief efforts to help alleviate hardship and suffering Tropical Storm Ian may cause to Florida residents.

The president did not state when he plans to reschedule his trip to the sunshine state.

On Saturday, Florida Governor Ron DeSantis declared a state of emergency for the entire state.

Tropical Storm Ian is expected to rapidly strengthen into a hurricane over the weekend as the system heads for Florida, according to the National Hurricane Center.

The latest models show the system reaching Category 4 hurricane status over the Gulf of Mexico before making landfall in Florida, which could happen mid-week.