A 15-year-old suspected of multiple car break-ins in Ocala while armed with a gun was taken down by a Marion County K-9 in new bodycam video.

Last month, K-9 Cpl. Justin Tortora spotted a red Ford truck driving in the 5200 block of SW HWY 200 and discovered that the truck was reported stolen out of Gainesville. When the deputy attempted to stop the driver, he reportedly took off and led Cpl. Tortora on a pursuit.

A sheriff's office helicopter tracked the vehicle to downtown Ocala and the driver jumped out of the stolen truck and ran. That's when Cpl. Tortora unleashed K-9 Leo.

K-9 Leo caught up to the suspect and chomped down on his leg until deputies could catch up and handcuff him.

"Please get the dog!" the suspect screams in the video as Leo continues to bite down. 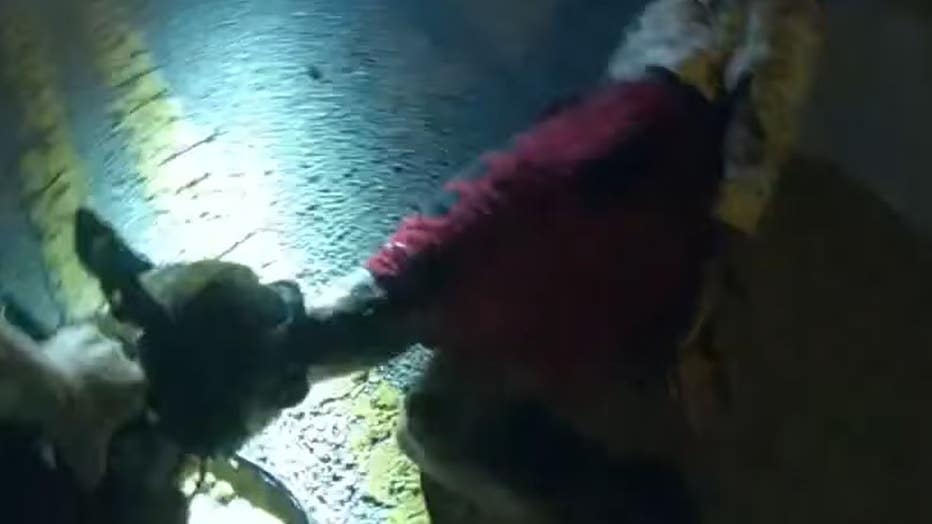 During the foot chase, the sheriff's office says the driver dropped a book bag containing ammunition and a Glock 22 handgun, which was also stolen from Gainesville.

The sheriff's office says that the teen admitted to driving around Ocala with a friend smashing car windows and stealing items. The driver also reportedly admitted to vandalizing an Alachua County Sheriff’s Office deputy’s patrol vehicle.

Demarcus Deshaun Payton, 15, is facing five counts of Armed Burglary, Burglary of an Unoccupied Conveyance, three counts of Petit Theft, and two counts of Grand Theft of a Motor Vehicle, Fleeing or Attempting to Elude, and Possession of a Firearm by a Person under 18 years of age.

"This 15-year-old was out after 1:30 a.m. and driving a stolen vehicle," the sheriff's office wrote on Facebook. "He was breaking into, vandalizing, and stealing from other vehicles. As if that’s not bad enough, when he thought he was going to get caught, he fled from deputies, endangering everybody else who was on the road."

The agency wants this to serve as a reminder to parents to keep an eye on their teens.

"Parents, please know who your children are hanging out with, know where they are going, and give them a curfew. Nothing good is happening for a 15-year-old at 1:30 in the morning."