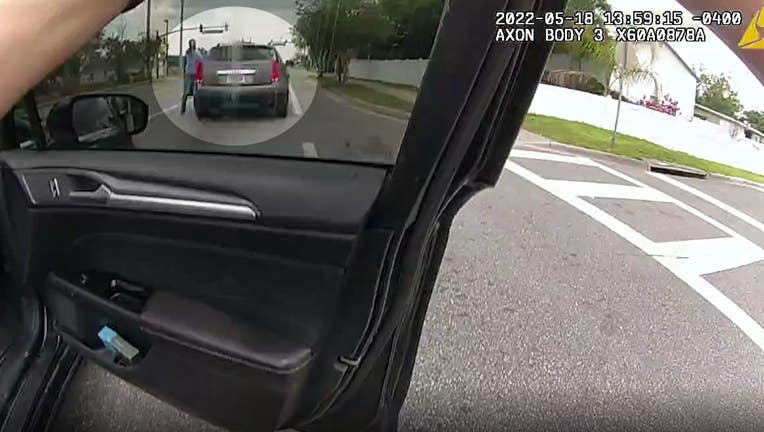 ORLANDO, Fla. - The Orlando Police Department released body camera video Thursday that reportedly shows the moment a suspect began shooting at officers during a traffic stop in May.

Earlier this month, police said the suspect, identified as 28-year-old Carlos Delano Dafill Roberts Jr., has since died, according to police. His cause of death remains unknown.

On May 18, two Orlando police officers were driving down Mercy Drive in an unmarked vehicle when Roberts  – passed them in a no-passing zone, OPD said. 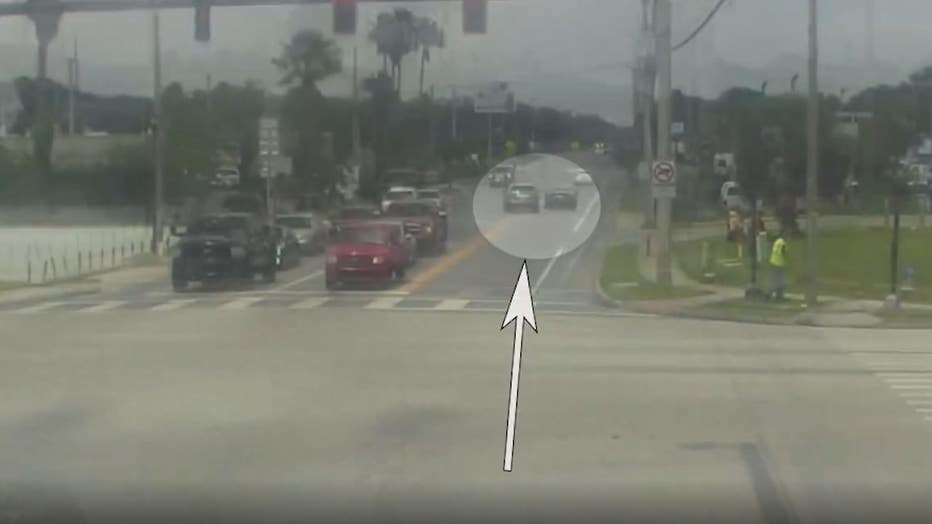 Seconds after the officer in the passenger seat (labeled in the video as officer 1) gets out of their vehicle, police said their bodycam footage shows Roberts opening fire at the officer. OPD said the officer was not armed at the time, and is seen on video dropping to the ground for cover, and the passenger window is shattered from gunfire. The officer then unholsters their weapon and returns fire. 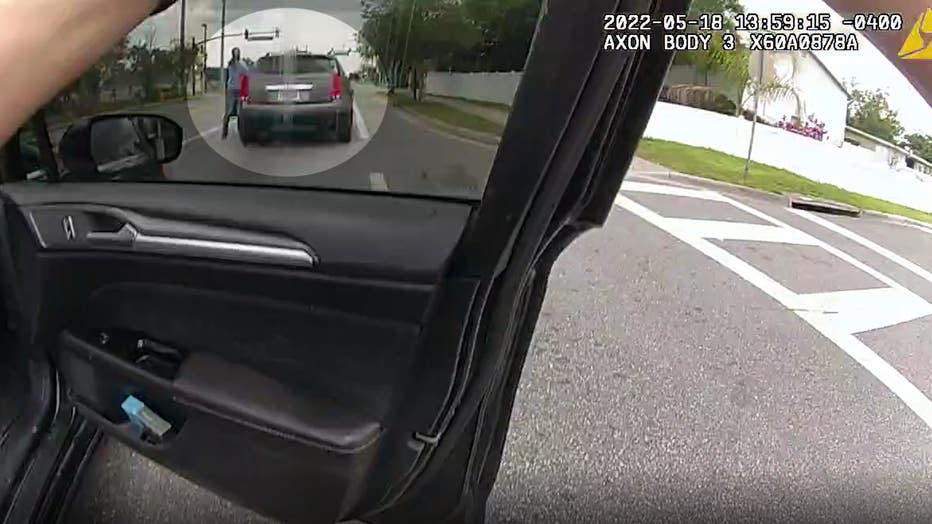 From the perspective of the other officer driving the vehicle (labeled in the video as officer 2), bodycam video shows the officer activate lights and sirens for the traffic stop, officer 2 exits the vehicle, and then gunfire rings out before officer 2 ever exits the vehicle. After taking cover and unholstering his gun, officer 2 is shown returning fire.

Authorities said Roberts then drove off.

Robert's vehicle is shown in another video speeding down a road and later crashing.

Responding officers arrive at the crash site where Roberts is seen injured on the ground, bodycam video shows. It was unclear how he was hurt. 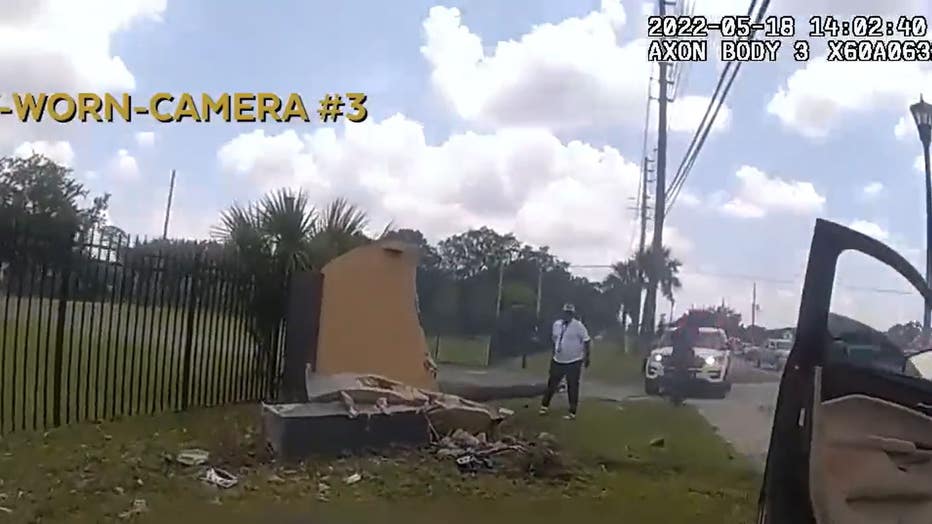 He was taken to the hospital and at the time was listed in stable condition.

According to an arrest affidavit, authorities said it appeared that Roberts crashed into a telephone pole, which broke into several pieces.

In a third body camera video from an officer at the scene, a gun is seen on the floor of Robert's vehicle on the driver's side.