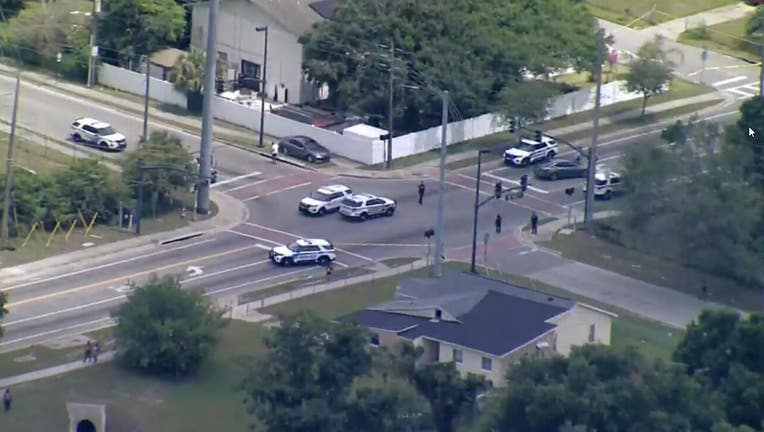 ORLANDO, Fla. - A man accused of shooting at two Orlando police officers during a routine traffic stop in May has died, according to the Orlando Police Department.

Orlando police said it was informed by Orange County Medical Examiner's Office that 28-year-old Carlos Delano Dafill Roberts Jr has died. It was not immediately clear when or how he died.

On May 18, two Orlando police officers were driving down Mercy Drive in an unmarked vehicle when someone – later identified as Roberts Jr. – passed them in a no-passing zone, said Chief Orlando Rolón.

"They never had a chance to get out of the car before the individual opened fire on them," he said.

Roberts Jr. then crashed nearby and was injured, though it as unclear how he was hurt. He was taken to the hospital and at the time listed in stable condition.

According to the arrest affidavit, authorities said it appeared that Roberts crashed into a telephone pole, which broke into several pieces.