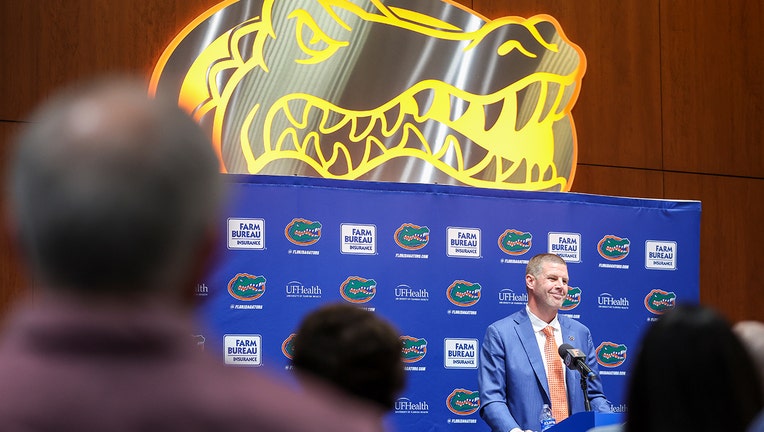 Napier hired four assistants who spent the last four years with him at Louisiana-Lafayette, including Patrick Toney as the team’s co-defensive coordinator and safeties coach and Mark Hocke as the team’s associate head coach and director of strength and conditioning.

Napier also chose Jabbar Juluke as running backs coach and Ryan O’Hara as an offensive analyst who will work with quarterbacks.

Toney and Hocke were Napier’s first — and probably most obvious — hires. They were instrumental in helping the Ragin’ Cajuns go 40-12 the last four years and win the 2021 Sun Belt Conference title.

Napier negotiated a $7.5 million salary pool to hire 10 full-time assistants. He is expected to part ways with most or all of former Florida coach Dan Mullen’s staff, which is preparing the team to play UCF in the Gasparilla Bowl in Tampa on Dec. 23.

Toney served as ULL’s defensive coordinator the last two seasons. He also coached safeties and outside linebackers during his four-year tenure there. The Ragin’ Cajuns tied for ninth nationally in scoring defense (18.3) in 2021.

Hocke has significant Southeastern Conference experience, having worked at Alabama, Georgia and Texas A&M. He began his coaching career at Alabama in 2009 and spent six seasons on Nick Saban’s staff. He was part of three national championships (2009, 2012, 2013) and trained more dozens of players who went on to sign NFL contracts.