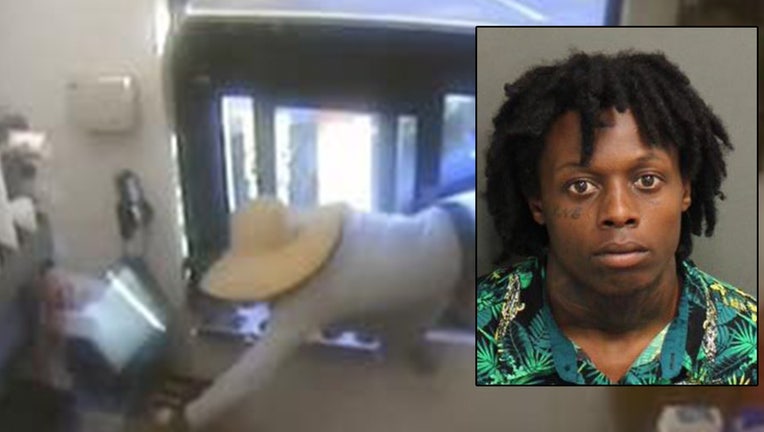 ORLANDO, Fla. - A man who Orlando police say was caught on camera nearly two months ago climbing through a Wendy's drive-thru window and stealing the cash drawer has been arrested.

Randall T. Atwell is facing a charge of robbery while armed with a firearm and wearing a mask.

"Through collaborative efforts between our Violent Crimes Unit & Crime Scene Investigators, the man who climbed into a drive-thru window & robbed a cash drawer at gunpoint was identified," Orlando police tweeted on Wednesday.

Police say the incident happened on June 18 shortly before 8 a.m. at the fast food restaurant located at 5503 Major Boulevard.

Police need the community's help in identifying a man they say was caught on camera climbing into an Orlando Wendy's drive-through window and stealing the cash drawer from the register.

Authorities said Atwell ordered food in the drive-thru line, went to the window, and when the cashier asked for payment, he threatened the employee with a gun and told the cashier to give him the money. The employee ran inside the restaurant as Atwell allegedly climbed through the window and took the cash drawer, police said.

MORE NEWS: 7-year-old girl dies from injuries in crash on I-4 in Seminole County, FHP says

The man drove off eastbound on Vineland Road in a black Nissan Altima.

Police shared surveillance video of the incident on social media in hopes that someone will recognize him.