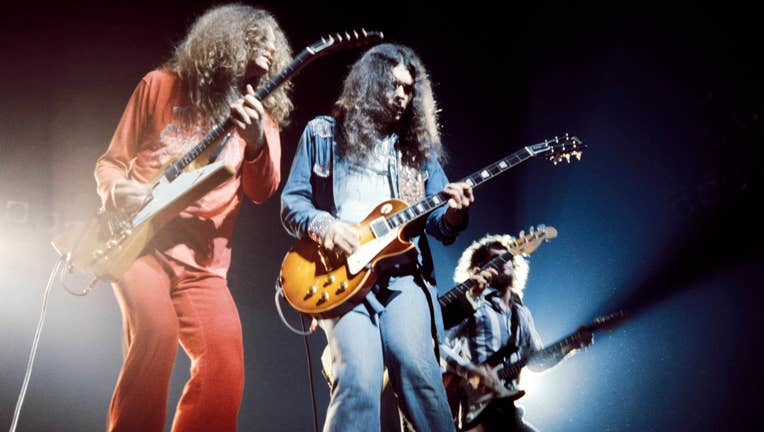 JACKSONVILLE, Fla. - A Florida store that inspired the famous Lynyrd Skynyrd lyrics "The Ballad of Curtis Loew" was demolished.

Jacksonville’s Woodcrest Grocery Building where Ronnie Van Zant allegedly met "the finest picker to ever play the blues," was torn down last week. The abandoned store was a hangout for generations of kids.

The song, written by Van Zant and Allen Collins, tells the story of a young boy who collected bottles to raise money so the old man who hung out at the corner store could play his dobro. Curtis Loew was fictional, but the store was real.

It was known as Claude’s in the late ’50s and early ’60s and was right down the street from the house where Van Zant was raised, according to the Florida Times-Union.

Scott Hill, who grew up in the neighborhood, said fans started dropping by the site last week to grab cinder blocks souvenirs after hearing about the demolition.

Gene Odom, who wrote a book about the band and leads tours of Lynyrd Skynyrd landmarks for fans, said the building has been vacant for decades.

The building started collapsing during the demolition of nearby trailers and had to be taken down. A real estate group said a residential home will be built there.

The band is still touring, but pulled out of the Pro Football Hall of Fame concert last month after guitarist Rickey Medlocke tested positive for COVID-19.