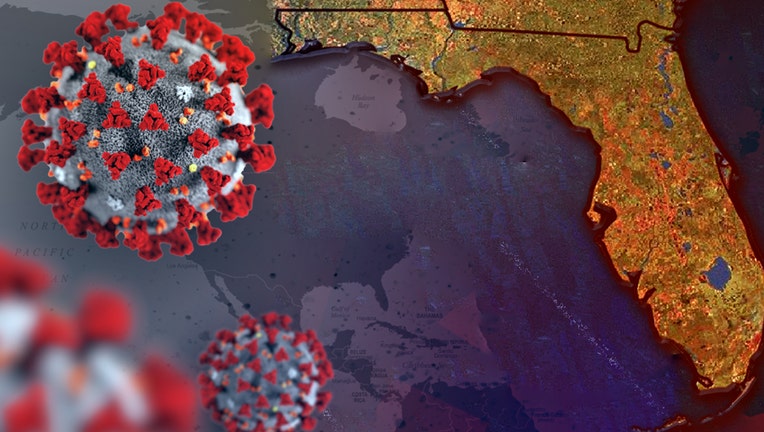 ORLANDO, Fla. - The Florida Department of Health on Saturday reported another 3,573 coronavirus cases, bringing the statewide total to 681,233.

In addition, 62 more deaths were reported. The death toll among Florida residents is now at 13,287.

Florida continues to slowly recover from the economic impacts of the coronavirus pandemic.

Andretti's owners say two things are bringing back their success: a great social media campaign and taking care of their workers.

Their location in Orlando’s tourist district is also doing well, at 109% of regular sales. Andretti's closed to the public on March 17 and reopened on May 27. Workers said the first couple of weeks were slow but slowly but surely the customers started coming back.

With the state gaining back more than half of the jobs lost since the start of the coronavirus pandemic, Florida’s unemployment rate dropped to 7.4% in August.

That represented a major decrease from an adjusted 11.4% mark in July amid an accelerated push to reopen businesses. The new rate, an estimate from mid-August, projected 753,000 Floridians were jobless from a labor force of 10.138 million people.

However, Walt Disney World Swan and Dolphin Resort on Friday announced that it is cutting 1,136 jobs at the two hotels owned by Marriott, under the Westin and Sheraton brands, respectively.

The positions are reported to be in multiple departments.