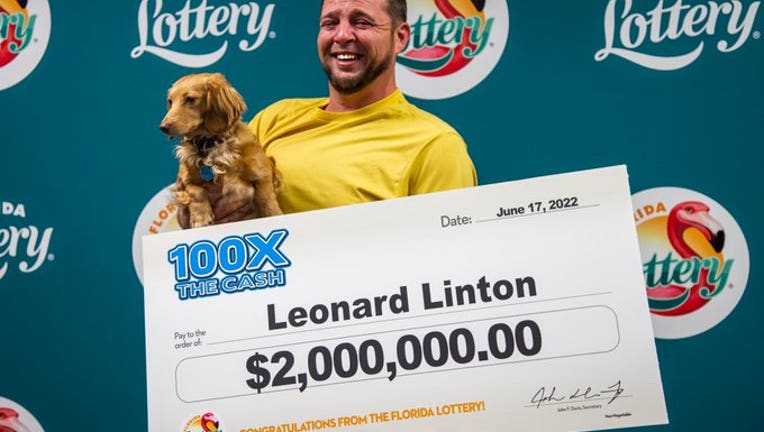 (Photo via the Florida Lottery)

LIVE OAK, Fla. - It looks like dogs really are a man's best friend.

A Florida man is crediting his tiny, pregnant dog named Ivy for helping him become a millionaire, according to the Florida Lottery.

In a news release, Leonard Linton, 42, of Pinetta, said he received a call about his dachshund not feeling well. To get to Ivy as quickly as possible, Linton told the Florida Lottery he took a different route home, and happened to stop at the Stop N Shop located on East Howard Street in Live Oak, and purchased a scratch-off.

It turns out that scratch-off ticket won Linton a $2 million top prize from the 100X THE CASH game. "I still can't believe it. This is life-changing, but I'm definitely getting Ivy a new kennel," Linton said.

STORY: Best and worst times to travel for 4th of July holiday weekend, per AAA

Lottery officials said he chose to take home his winnings in a one-time, lump-sum payment of $1,645,000.

The store that sold the winning ticket will receive a $4,000 bonus commission.