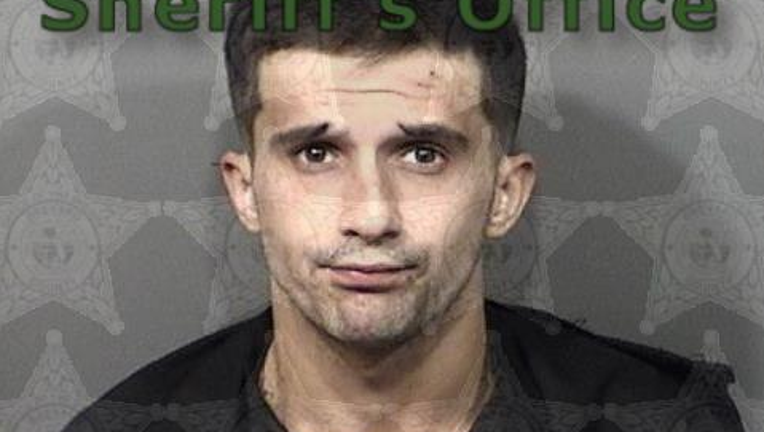 BREVARD COUNTY, Fla. - A Florida man accused of threatening a mass shooting at his former place of employment was arrested Friday in Brevard County, an arrest affidavit stated.

According to the Rockledge Police Department, officers were first called out to the Designer's Choice Cabinetry on TGK Circle Thursday, after employees told officers an employee threatened to commit a mass shooting on the premises.

The employee – later identified as James Skubak, 24, – allegedly made the verbal threats, "I'll shoot him in the head," and "I'll come back and shoot this b***h up," according to the arrest affidavit.  Skubak allegedly said he also had an AR-15 assault rifle at home.

STORY: 1 dead after car drops from SR-408 onto I-4, Orlando police say

The business fired him that same day as "a direct result of his behavior," the report stated.

The next day, Skubak returned to the business according to police, and reportedly drove around the building yelling at employees who were standing outside.

At one point, officers said Skubak reportedly rammed an employee vehicle with his vehicle and attempted to enter the business.

VIDEO: Family allows Florida deputies to use their boat to arrest man on stolen jet ski

"In due consideration of the prevailing environment regarding active shootings over the past weeks in our country combined with Skubak's subsequent violent behavior," police said they had probable cause to arrest Skubak, the affidavit stated.