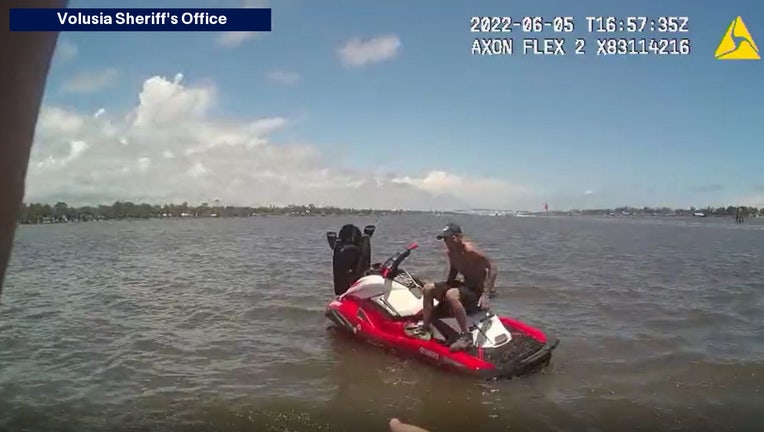 VOLUSIA COUNTY, Fla. - With the help of a nearby family's boat, deputies were able to capture a man in the process of stealing a jet ski on Sunday, according to the Volusia Sheriff's Office.

Deputies were called to the Intracoastal Waterway around 12:30 p.m. to help the Ormond Beach Police Department with a jet ski theft.

According to VSO, Ronald Williams, the 48-year-old accused of stealing the jet ski, wasn't able to get the watercraft started, but reportedly decided to float away on it anyway.

Authorities said a family in the area, who was about to head out on the water for the afternoon, allowed deputies to use the boat instead to arrest Williams. 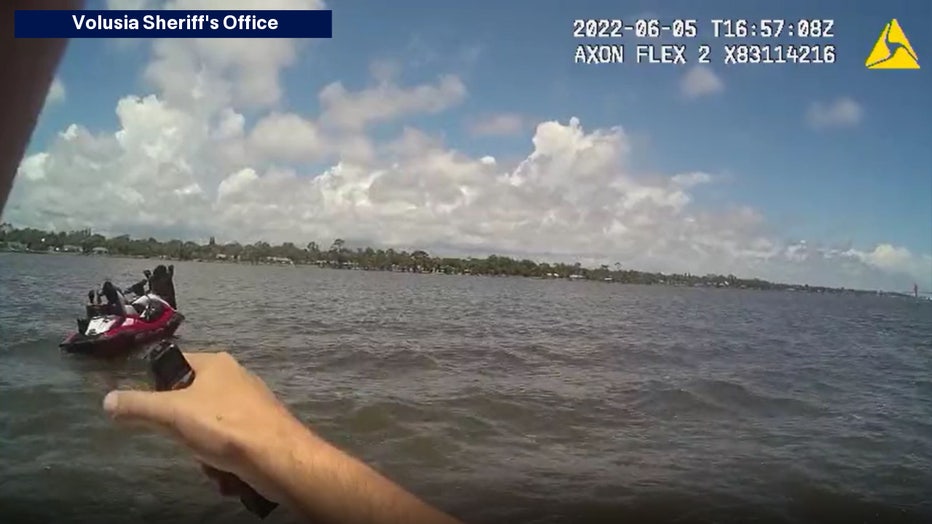 Deputies said Williams was taken into custody without incident and the jet ski was returned to its owner.

"Just want to say THANK YOU to an Ormond Beach family who let our deputies interrupt their Sunday afternoon to apprehend a suspect on a stolen jet ski," VSO said in a statement on Twitter.

Watch the body camera video of the incident below: