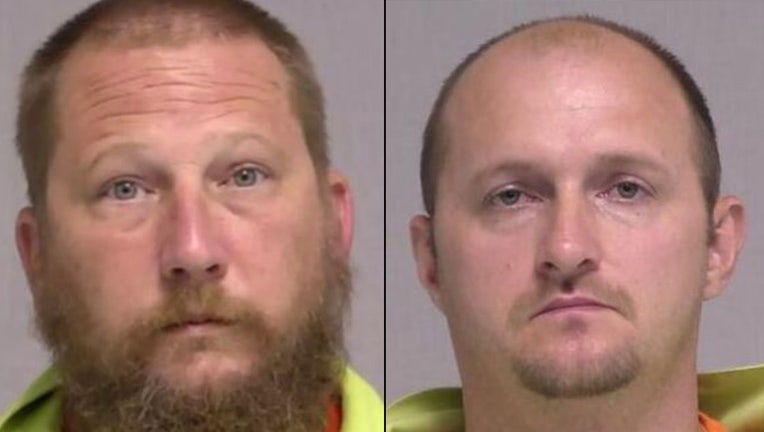 William Hale, 36, and Frank Allison, 43, are both facing attempted murder charges for the incident that unfolded near Jacksonville on Oct. 8, the Nassau County Sheriff's Office said.

According to an arrest report, Hale and Allison were riding in separate vehicles with their families when they had a driving dispute. Witnesses told deputies that the two men were "brake checking each other" and appeared to be in a "cat and mouse" game while driving erratically on US Highway 1.

Deputies said they spoke to Hale, who was driving a black Dodge Ram. They said Hale told them he was involved in a road rage incident with a Nissan Murano, driven by Allison.

Moments later, the report says Hale said he heard a "pow" and his 5-year-old daughter was shot in the leg.

He then says he grabbed his pistol and fired "everything that was in the clip" at Allison's vehicle. One of the rounds struck Allison's 14-year-old daughter in the backseat, who suffered a collapsed lung, the report stated.

MORE NEWS: 11 pounds of cocaine worth over $150K washes up on Daytona Beach shore

Both drivers then found a law enforcement officer who was parked on the side of the road and pulled over. You can watch bodycam video of the incident here.

During a news conference, Nassau County Sheriff Bill Leeper said that when both men got out of their vehicles, they began fighting and a deputy had to break them up. Both men were arrested.