The exclusive poll taken September 5-6, 2022 reveals that 50% of voters would cast ballots for DeSantis, while 45% would vote for Crist if the election were held this week. 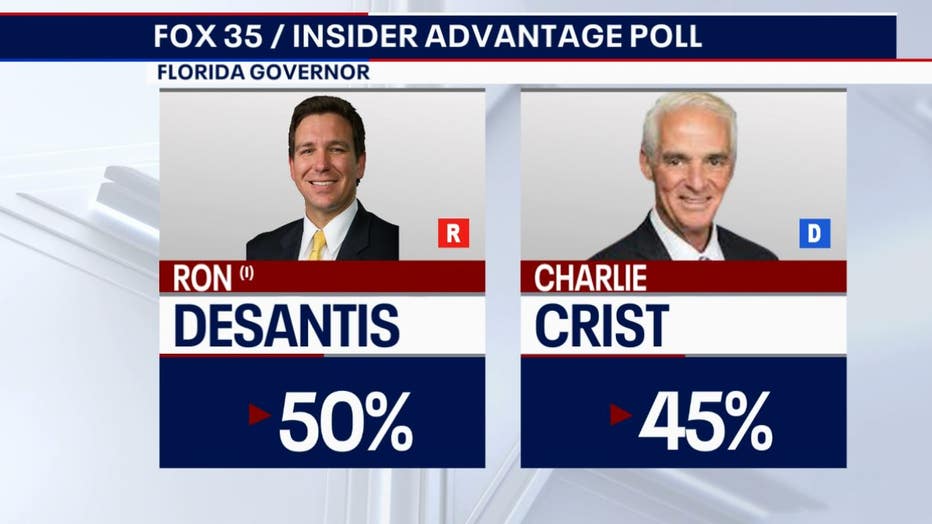 Insider Advantage founder Matt Towery said DeSantis leads Crist among every age group surveyed, according to his poll. However, Crist carries a slight lead among independent voters, he said.

The poll included 550 likely voters and was recorded over Labor Day weekend. The margin of error is 4.2%.

"While turnout will be critical in this contest, as well, DeSantis has a clear advantage given his lead in so many demographics in the poll," Towery said.

According to the poll, Crist is favored among African-American voters in Florida with 62%. Christ also leads DeSantis by nearly 20 points among Hispanic and Latino voters.