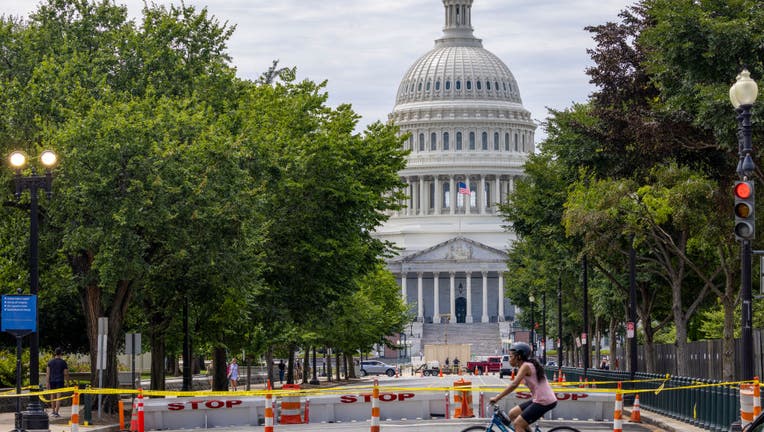 Five Florida men affiliated with a militia group called "B Squad" have been arrested on charges that they joined a mob’s attack on the U.S. Capitol, disrupting Congress from certifying President Joe Biden’s 2020 electoral victory, federal authorities said Wednesday.

"B Squad" members stormed the Capitol on Jan. 6, 2021, while wearing riot gear and armed with metal batons, knives, chemical spray and walking sticks, according to an FBI agent’s affidavit. Group members joined the mob in a "heave-ho" push against police officers trying to secure a tunnel on the Lower West Terrace, the affidavit says.

Officers ultimately repelled the mob after more than two hours of violence inside the tunnel. More than 100 police officers were injured at the Capitol on Jan. 6.

The FBI says the five defendants charged together are self-identified adherents to the "Three Percenters" militia movement, which refers to the myth that only 3% of Americans fought in the Revolutionary War against the British. The men are members of a group called Guardians of Freedom and a subgroup called "B Squad," according to an FBI agent’s affidavit.

A criminal complaint charges four of the defendants with a felony count of interfering with a law enforcement officer during a civil disorder. They are Benjamin Cole, 38, of Leesburg; John Edward Crowley, 50, of Windermere; Brian Preller, 33, of Mount Dora; and Jonathan Rockholt, 38, of Palm Coast. 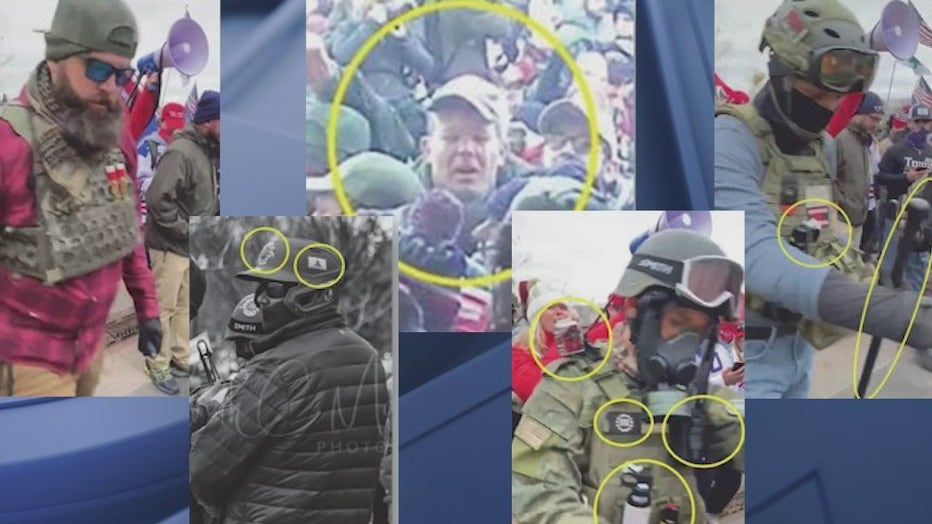 Five Florida men affiliated with a militia group called "B Squad" have been arrested on charges that they joined a mob’s attack on the U.S. Capitol.

Florida man convicted of storming US Capitol during riot

Crowley, Rockholt and Bensch were arrested in Florida, where a federal magistrate judge ordered them released after their initial court appearances Wednesday. Attorneys for the three men didn’t immediately respond to emails seeking comment.

Cole was arrested in Louisville, Kentucky. Court records didn’t immediately list an attorney for him.

Preller was arrested in Rutledge, Vermont, and ordered released after his initial court appearance. A lawyer for Preller declined to comment on the charges.

A flier sent to "B Squad" members two weeks before the riot advertised a "March for Trump" bus trip to Washington for the "Stop the Steal" rally on Jan. 6, according to the affidavit. It says the flier encouraged Guardians of Freedom members to "deploy" and help protect people at the rally, where then-President Donald Trump addressed a crowd of supporters.

A man identified by the FBI only as "B Leader" coordinated the group’s travel from Florida to Washington and reserved a block of rooms at a hotel near Capitol. He, the five defendants charged in the complaint and approximately 40 other "B Squad" members stayed on the same floor of the hotel on the eve of the riot, the FBI says. "B Leader," who isn’t one of the five arrested defendants, also spoke at a rally at Washington’s Freedom Plaza on Jan. 5, 2021, according to the affidavit.

Nearly 400 Capitol riot defendants have pleaded guilty or been convicted by a judge or jury after trials. More than 240 have been sentenced, with roughly half of them getting terms of incarceration ranging from seven days to over seven years.