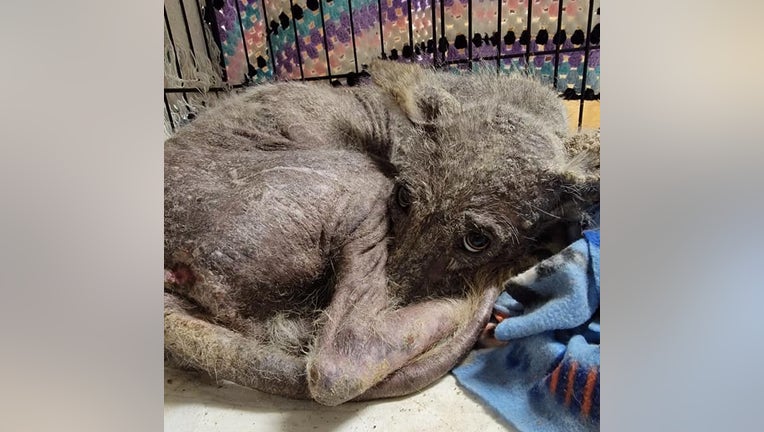 YOUNGWOOD, Pa. - A mysterious animal has rescuers perplexed after it was found outside a Pennsylvania woman's home.

Volunteers at the sanctuary Wildlife Works in Mount Pleasant are currently caring for the 4-legged creature.

A woman in Fairfield Township reportedly found paw prints outside her home which led her to the emaciated, freezing animal, People reported.

"I peeked outside the door, and that's when I noticed the animal on my left-hand side, and it was so scared and so cold and shivering," she told NBC News. "All I could think about is 'This animal needs help.'"

The animal was picked up by TJ's Rescue Hideaway and then taken to Wildlife Works. 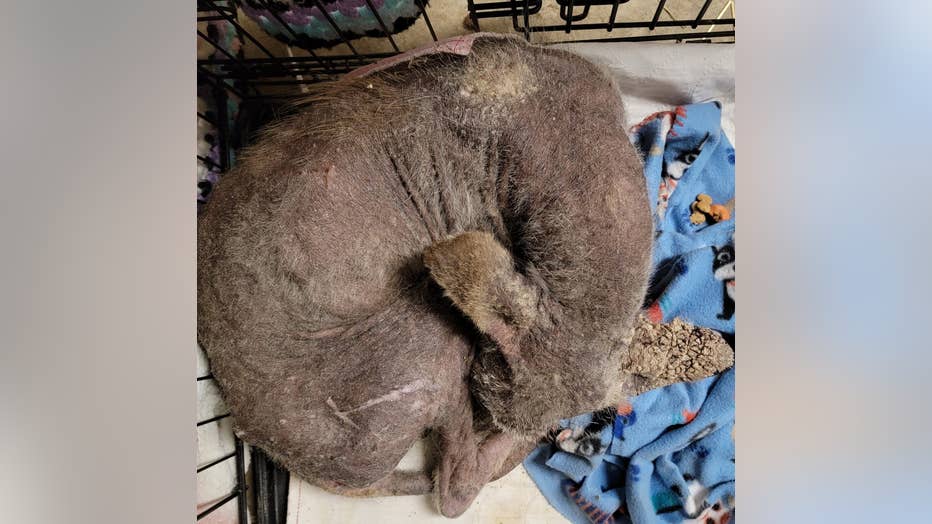 "What do you think I am, dog or coyote?" the rescue asked on Facebook. "This pup was admitted to us last night. Suspect it has mange and we will be treating it accordingly. We also will be doing testing to confirm what it is!"

The rescue is currently waiting on the results of a DNA test to determine what kind of animal they are caring for, which could take 2 to 4 weeks.

In an update, Wildlife Works said that the animal is doing much better and is "much more alert than when he came to us last week. He is still not showing extreme signs of aggression but is more on the defensive side."

Photos of the rescued animal have gone viral, with people debating on what it could be. 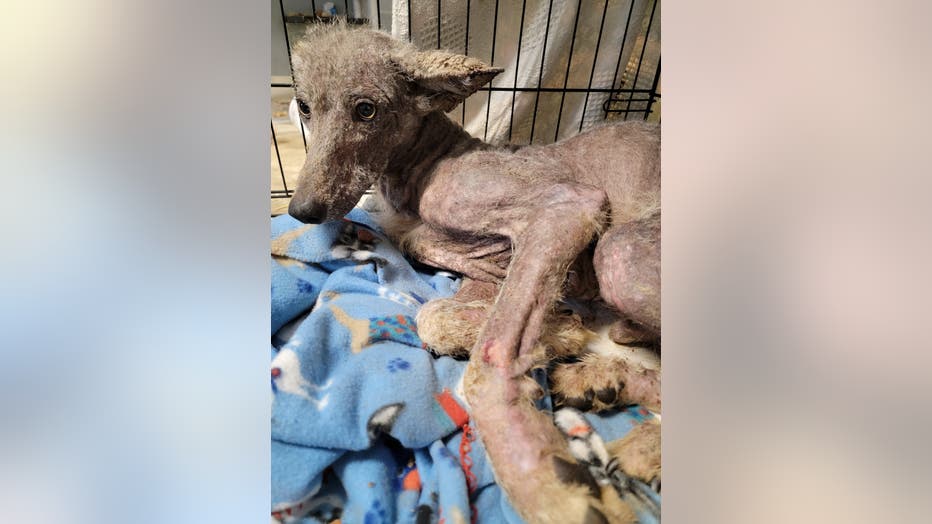 "It's a poor pupper. I believe that is human neglect we're seeing," wrote one commenter.

Another said, "I lived in rural AZ where I was a vet tech and we had a lot of coyotes with mange. I am fairly certain coyote."

TRENDING: I-4 dinosaur: 'Oh, the things you see in Florida!'

One person said there's an easy way to end the debate.