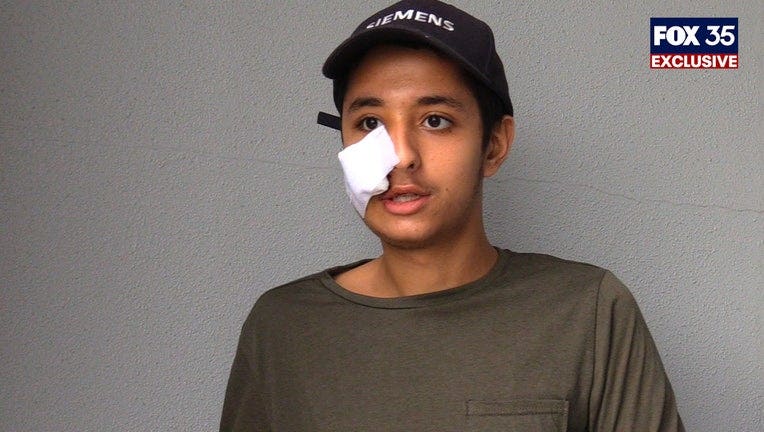 ORLANDO, Fla. - A 17-year-old is back home in Eustis after being shot in the face over the weekend.

The teen says he was leaving a nephew’s birthday party at a park when a gold van fired three shots – one bullet pierced his face.

Saliba said doctors felt it was best to leave the bullet lodged in his head, saying moving it would do more harm and could be life-threatening.

"If they touch it, I'm at more risk to die than to leave it," he said.

He said aside from headaches, he’s feeling like himself again.

"Like today has been the best day ever i can eat i can walk," he said.

He tells FOX35 he thinks the shooter mistook him for someone else and has no idea who it could have been.

He says he’s just grateful to be alive.

"I had some guardian angels that night, that's for sure. My mom just passed away so she was there," he said.