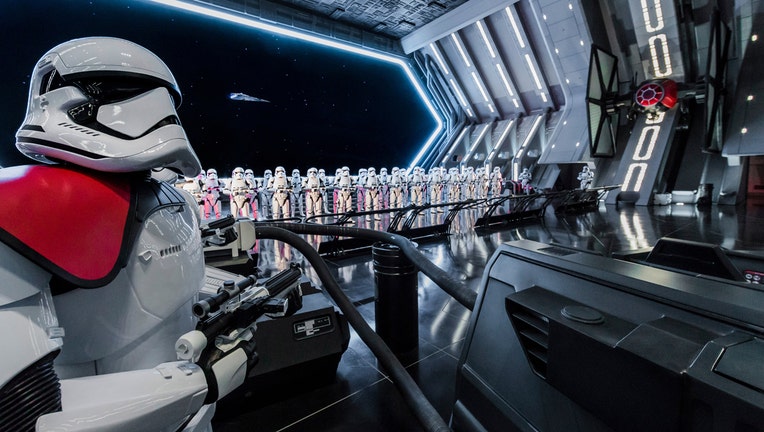 ORLANDO, Fla. - Soon you won't need to join the virtual queue to ride Star Wars: Rise of the Resistance at Disney's Hollywood Studios.

Starting Sept. 23, you can use the traditional stand-by line. This is the first time people will be able to do that since the ride opened in 2019. Since the beginning, guests have only been able to ride using the virtual queue, which is being paused, according to Disney Parks Blog.

"As we ramp up to ‘The World’s Most Magical Celebration’ honoring our 50th anniversary, we’re continuing to enhance experiences thanks to the feedback from our guests."

Walt Disney World's 50th anniversary begins October 1 and lasts 18 months. The theme park resort has been getting prepared for the milestone over the past few months. 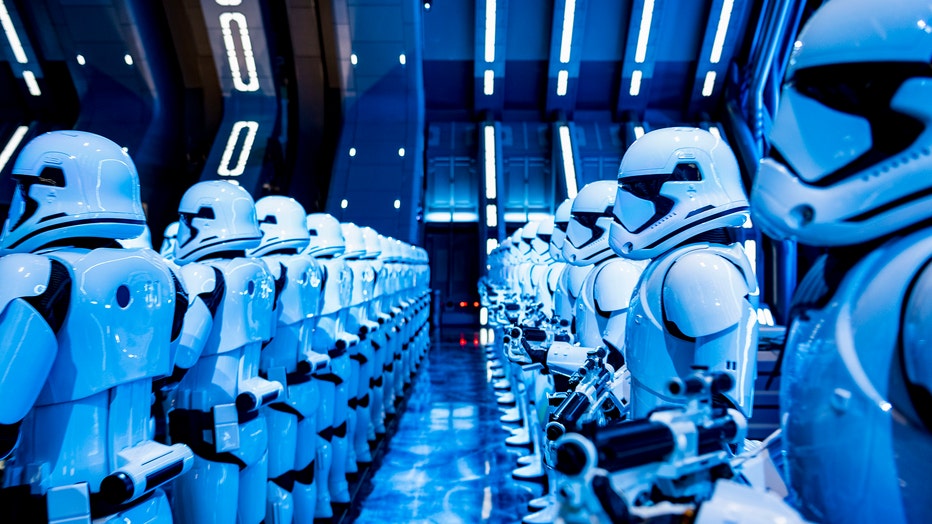 Fifty menacing First Order Stormtroopers await guests as they arrive in the hangar bay of a Star Destroyer as part of Star Wars: Rise of the Resistance, the groundbreaking new attraction opening Dec. 5, 2019, inside Star Wars: Galaxy’s Edge at Disney (Walt Disney World)

Throughout all four Walt Disney World parks will be 50th anniversary decorations with a royal blue and gold color scheme. At the Magic Kingdom, Cinderella's Castle has already been decked out with a 50th anniversary crest showcased on the iconic centerpiece.

Two brand new fireworks shows will also debut to mark the important milestone. The "Disney Enchantment' fireworks show will light up the night sky over the Magic Kingdom while over at EPCOT, guests will enjoy the bursting fireworks display during the debut of ‘Harmonious.’

In addition, the highly-anticipated ‘Remy’s Ratatouille Adventure' opens on October 1 at EPCOT. To help plan your day, Disney is unveiling its Disney Genie App. Disney says it will help guide guests through the theme parks with tips that can help reduce time in lines and take the guesswork out of "what’s next."

You can find a complete guide to Disney's 50th anniversary HERE.