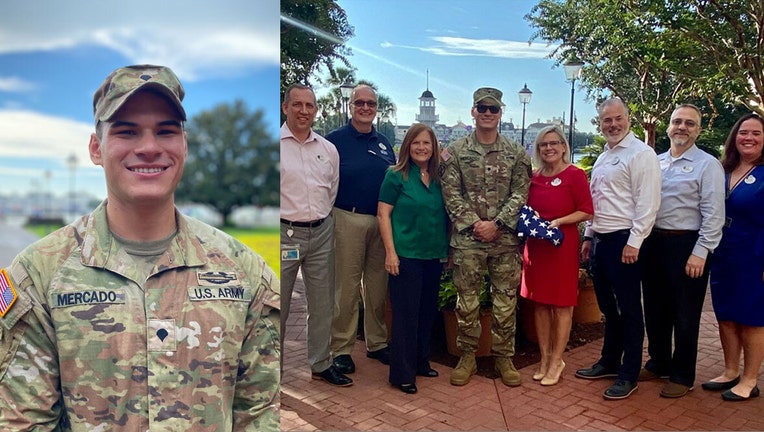 The theme park company posted about the reunion on the Disney Parks Blog, stating that 22-year-old Gil Mercado recently completed his second tour of duty in Afghanistan with the U.S. Army Reserves. Prior to this, he was a culinary specialist at Disney’s Yacht Club Resort.

On his first week back in America, Mercado visited the resort once again and was welcomed by his fellow cast members and Walt Disney World executives from across the company.

"We have one of our own, a Disney’s Yacht and Beach cast member, that was welcomed home by all of his cast, his teammates, and many people from around the company, from his deployment in the Middle East," Kim Marinaccio, the General Manager of the Disney’s Yacht and Beach Club Resorts and a member of Disney’s SALUTE veteran group, said. "He’s been over there for quite some time and he’s home, he’s home safe, he’s home healthy, and he’s excited to come back to work."

She added that, "I grew up in a military household, so being able to welcome this brave soldier and Disney cast member home and thank him for his service was special to me. In fact, it was the highlight of my 31-year career with Disney." 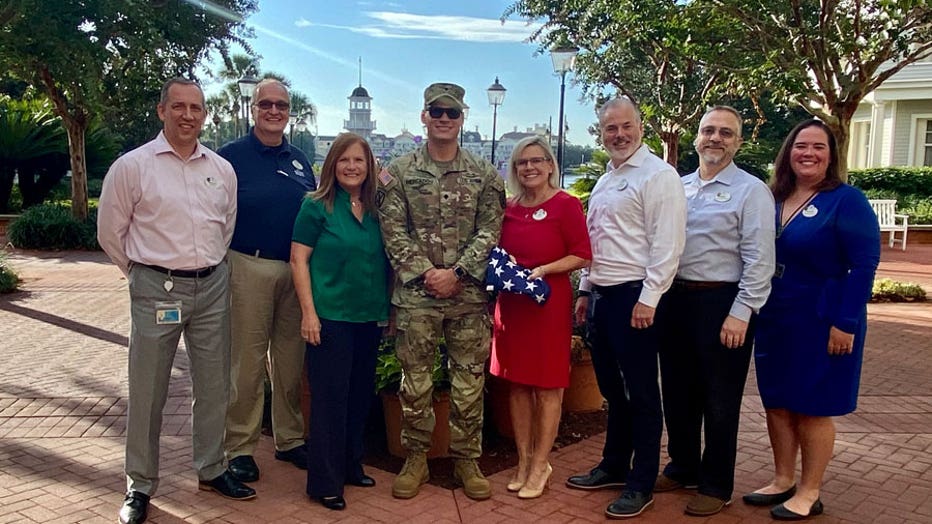 Mercado shared with Disney that he continued to spread magic while overseas.

"Before deploying to the Middle East, I got a bunch of Mickey stickers. As a cast member, you’re always spreading magic, it does not matter where you are," he said. "When kids saw the Mickey stickers, they were like ‘what’s this?’ And I was like, ‘it’s Mickey Mouse.’ And the happiness in their face was priceless. It was something else. I’m super proud of that."

In addition, Mercado said that the meal he missed the most while deployed was steak. So, Kim and the rest of the SALUTE veteran group gave him a welcome-home breakfast at his home restaurant: Ale and Compass. The chefs there honored him with the largest butcher’s-cut steak in their kitchen.

Mercado is said to still be serving on active duty while on military leave. He will return to his role at Walt Disney World after the turn of the year.

"I am proud to be out there serving in military uniform and appreciate Disney’s support while I’m away serving my country," Mercado said. "It’s funny what you find yourself missing most when living in challenging conditions on deployment. I really missed walking barefoot in the grass, feeling the rain, and walking around Disney parks. I’m glad to be able to do all three this week." 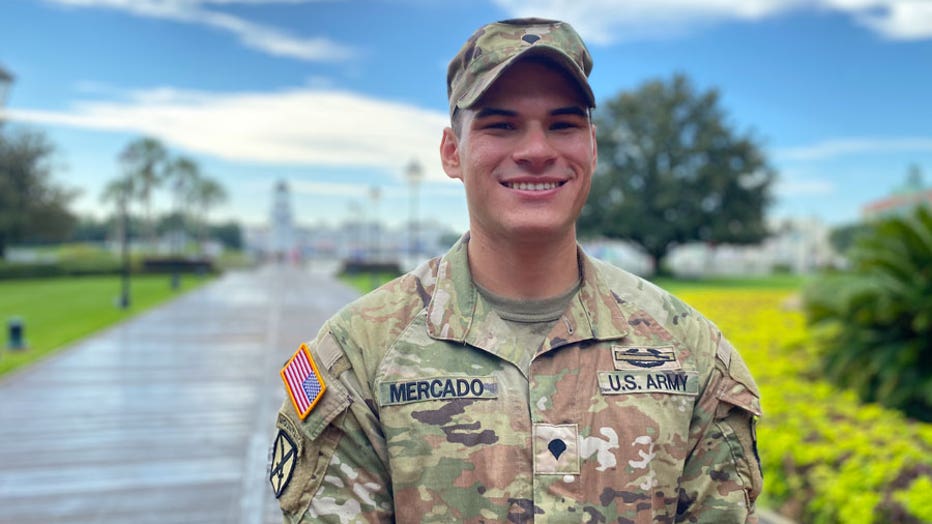 Gil’s return will overlap with the ‘The World’s Most Magical Celebration,’ an 18-month celebration that will honor Walt Disney World’s 50th anniversary. Festivities officially begin on October 1st, the same day the theme park company opened its first Florida park in 1971.