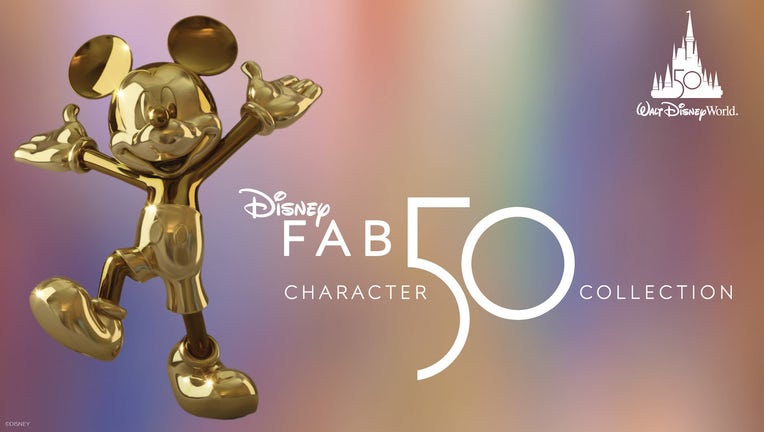 ORLANDO, Fla. - As we count down the days until the 50th anniversary of Walt Disney World Resort, the first of 50 gold statues that will be on display across the theme parks has been unveiled!

Fifty beloved Disney characters cast in gold are a part of the ‘Disney Fab 50’ and of course, the iconic Mickey Mouse is the first to be revealed. 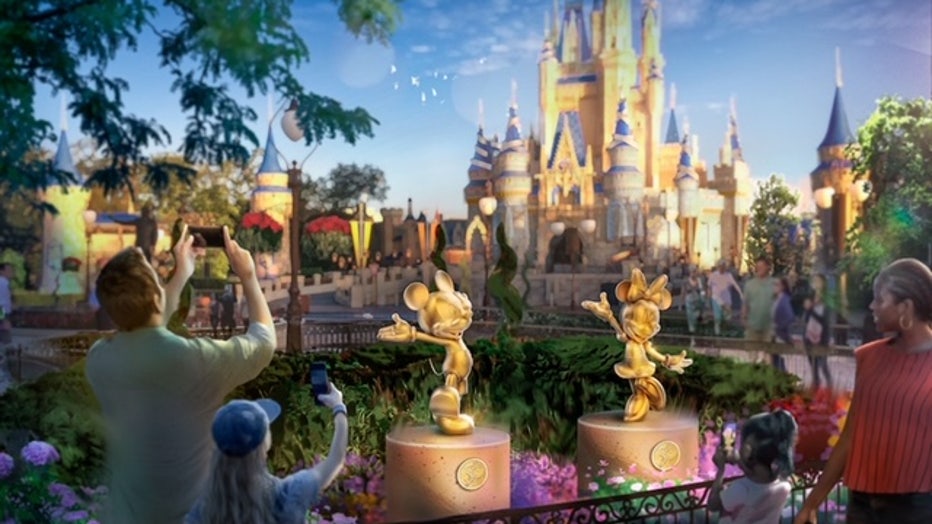 You'll be able to find the golden character sculptures throughout all four Disney parks during ‘The World’s Most Magical Celebration' which begins October 1.

The celebration will last for 18 months.

"The Mickey Mouse and Minnie Mouse sculptures are also being dedicated to Disney cast members of the past, present and future. After all, our cast – along with Mickey and Minnie- are truly considered the heart of the upcoming anniversary celebration," Disney Parks Blog reports.

More character sculptures will be revealed in the upcoming weeks.