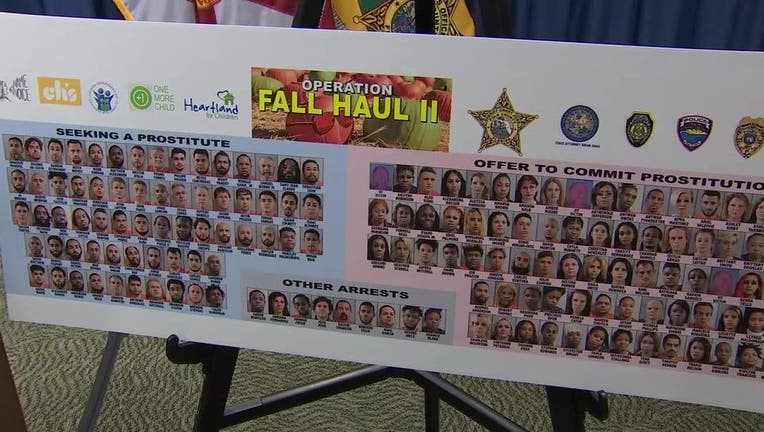 POLK COUNTY, Fla. - More than a hundred people were arrested on prostitution-related charges following an undercover human trafficking operation by the Polk County Sheriff's Office (PCSO), and several of them were from Central Florida.

Among the 160 people arrested during the week-long operation were local teachers and a Disney employee. Authorities said they responded to an online escort advertisement and agreed to meet up for sex.

PCSO began "Operation Fall Haul II" on Aug. 29 and was assisted by multiple police departments, as well as social services organizations, the Office of the State Attorney 10th Judicial Circuit, and members from the Florida Department of Children and Families.

The sex sting resulted in a total of 52 felonies and 216 misdemeanors. Investigators also discovered at least two victims of sex trafficking during the operation, and there may be more.

Sheriff: 'We always have Disney employees'

Guillermo Perez, a bellhop at Disney’s Coronado Springs Resort in Orange County, was taken into custody on a charge of soliciting a prostitute. The 57-year-old Winter Garden man reportedly agreed to pay $80 for a quick visit to have sex with an undercover detective. 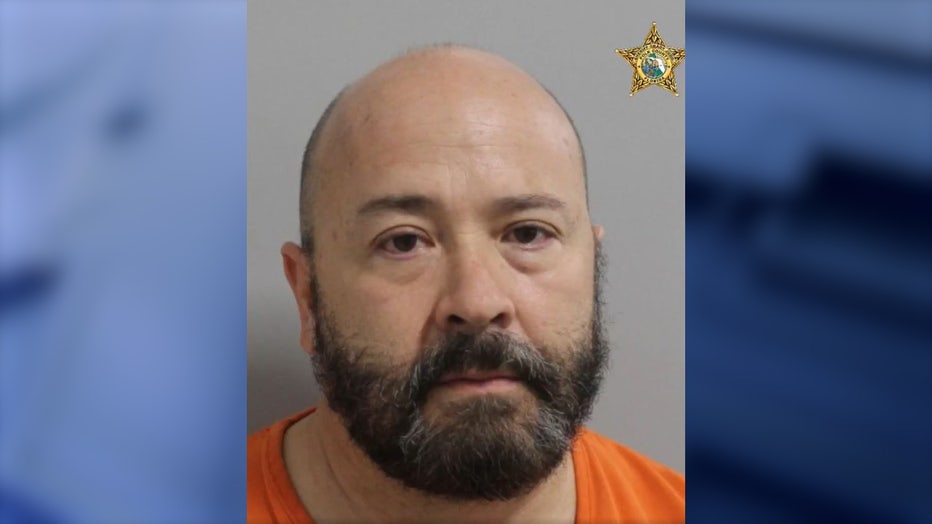 Samy Claude, 26, was also arrested on the same charge. The Orlando independent photographer is often contracted by Disney, law enforcement said. When he arrived at the home, he reportedly brought the detective a bag of sour Skittles. 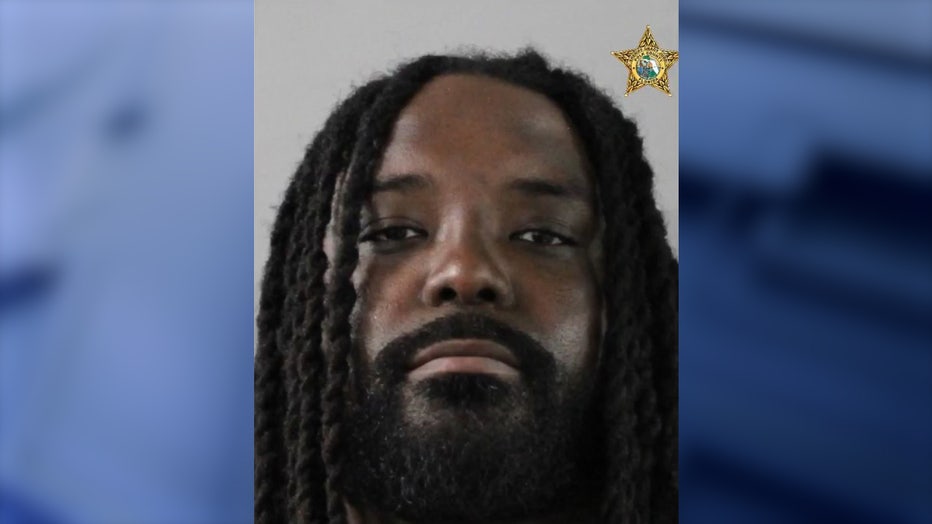 Sheriff: ‘Teachers sometimes have to be taught a lesson’

John Layton, a 26-year-old Physical Education teacher at West Orange High School in Orange County, was arrested after he allegedly agreed to pay $40 for a sex act. Deputies said he was wearing the school's track and field shirt when he arrived at the undisclosed location. 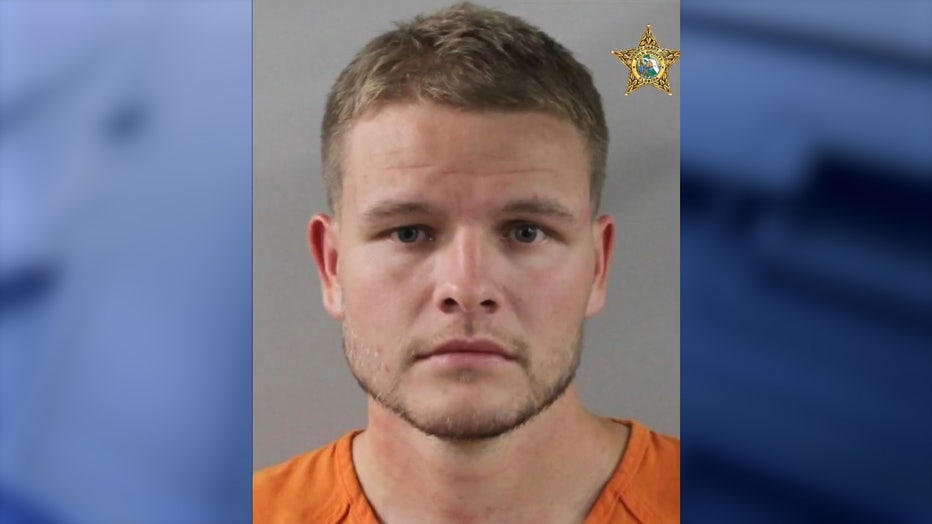 Carlos Gonzales, a 36-year-old Math teacher at New Dimensions High School in Osceola County, was arrested on two charges of soliciting a prostitute after reportedly agreeing to have sex with two undercover detectives. 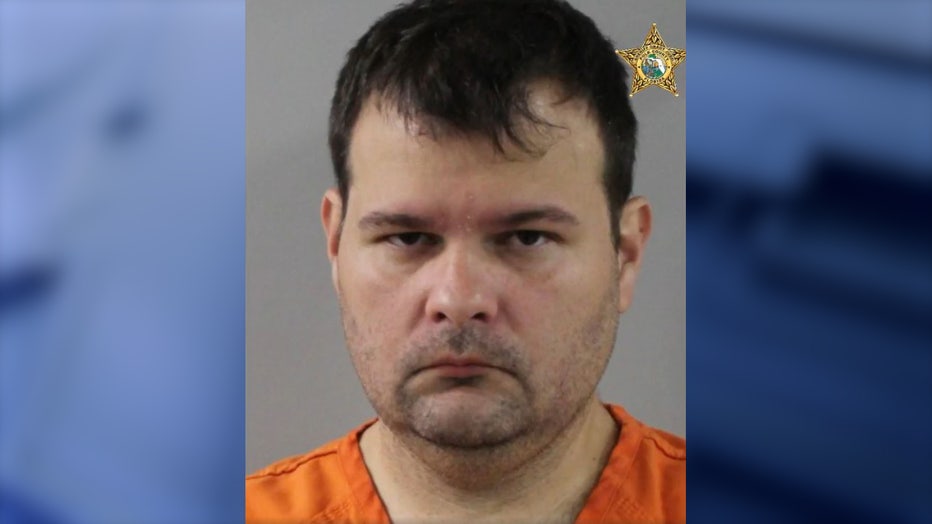 Detectives arrested a 41-year-old Ocoee man who they said arrived at a home to have sex with a prostitute. Authorities said Cameron Burke had been previously arrested for allegedly having sex with a 15-year-old student at Oak Ridge High School in Orange County in 2021 and was currently released on a bond. At the time of his arrest, Polk County officials said he was employed as a computer technician for the school. 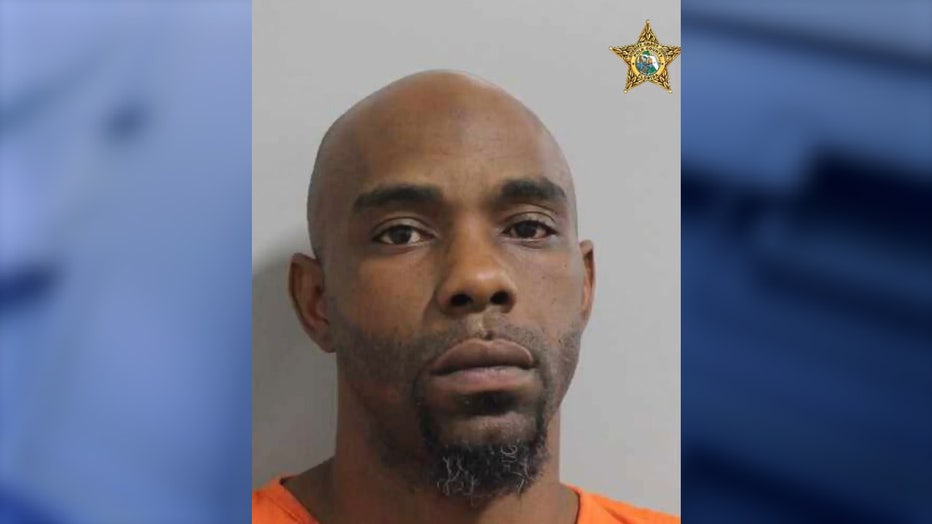 Of the 160 arrested, 26 of them told detectives they were married, 16 lived in Polk County, 15 were from other states, at least two were employed in law enforcement and seven are suspected of being in the country illegally, PCSO said in a news release. The oldest person arrested is 64 years old, while the youngest is 19.

"The online prostitution industry enables traffickers and allows for the continued victimization of those who are being trafficked," Polk County Sheriff Grady Judd said in a statement. "Our goal is to identify victims, offer them help, and arrest those who are fueling the exploitation of human beings (Johns) and those profiting from the exploitation of human beings. Prostitution is not a victimless crime – it results in exploitation, disease, dysfunction, drug and alcohol addiction, violence, and broken families."

Judd held a news conference about the operation Friday morning, and it was streamed live on the sheriff's office's Facebook page. Watch below: