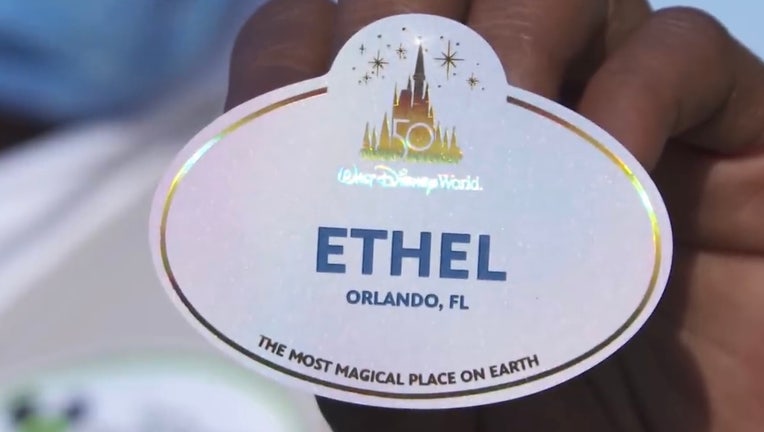 ORLANDO, Fla. - Walt Disney World cast members will have a starring role in the upcoming 50th anniversary celebration of The Most Magical Place on Earth.

The cast members will soon receive new ‘EARidescent’ nametags as part of "The World’s Most Magical Celebration' to make them shine even brighter than they do each day.

"Whether in costume or professionally dressed, nametags are an essential part of every cast member’s look and are worn over the heart with pride," Disney Parks Blog reports. "The nametag will feature ‘EARidescence,’ similar to the shimmering Beacons of Magic you heard about earlier this year."

The resort’s 50th anniversary castle logo will appear above each cast member’s name, along with gold accents and a ‘touch of pixie dust.’

"Our team really wanted to create a special way to say, ‘Thank you!’ to the cast, as well as give them something to have as a reminder they were here for this special time in our history," said graphic designer Brett Owens who helped create the nametags.

"The World’s Most Magical Celebration," is planned to begin on October 1.

RELATED: PHOTOS: Guests walk through Disney, Universal without masks for 1st time in over a year

"At night, our four park icons are going to come to life with a magical iridescent glow, covered in pixie dust, that we call the beacons of magic," said Dana Carlson, associate broadcast producer with Disney Live Entertainment.

Cinderella's Castle has been undergoing a transformation to get ready for the celebration. Walt Disney Imagineering and Walt Disney World teams installed the new decor, featuring a royal blue jewel with gold detailing and shimmering draping.

The celebration will last 18 months.