The edge of Lake Monroe in Sanford has a new look these days. It’s covered in hundreds of thousands – if not millions – of dead snails. If you live near there and haven’t seen them, you’ve probably smelled them.

SANFORD - The edge of Lake Monroe in Sanford has a new look these days.

It’s covered in hundreds of thousands – if not millions – of dead snails. If you live near there and haven’t seen them, you’ve probably smelled them.

FOX 35 News asked John Slapcinsky about the snails. He’s an invertebrate zoologist who came to work at the Florida Museum of Natural History in Gainesville specifically because of its mollusk collection – it’s the second-largest in the U.S.

"It’s disturbing to see so many dead snails," he said after seeing a picture of the pile of them. "This was a large die-off."

"It’s a common shallow water snail here in Florida and actually throughout the eastern US," he explained.

They live in muddy sand and eat small plant matter. They have extremely large populations.

"I’m guessing what happened is the wind from the hurricane in a single direction blew the plant matter that these animals were living in, the mud, and water all well ashore. And then after that wind abated, that water receded back to the lake and left these poor things stranded," Slapcinsky hypothesized. 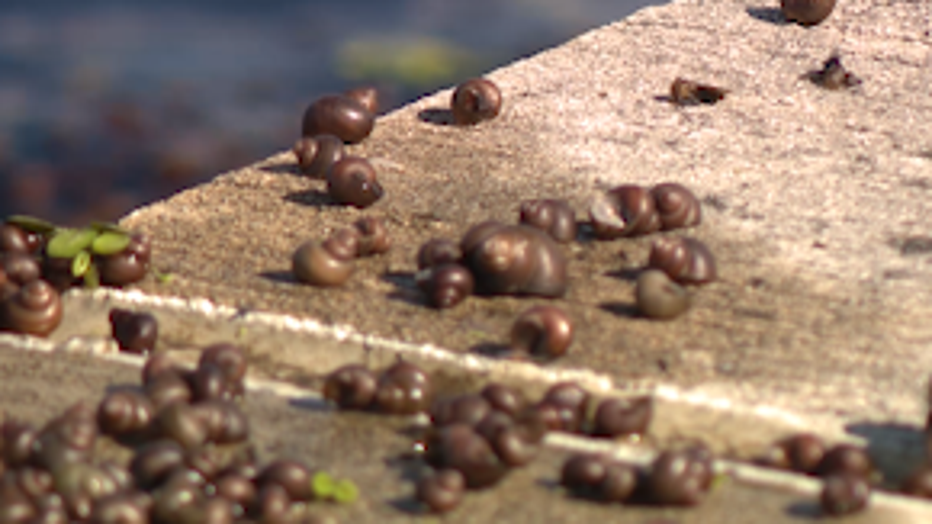 Slapcinsky says he’s never seen anything like this after a hurricane.

He thinks it could take around a decade for the snail’s population to build back up.

That could be a bit of a problem because, as he explains,

"They also serve as food for many other animal groups – birds, lots of other animals, raccoons. Anything that’s able to forage in shallow water."

He isn’t sure yet how big of an impact this die-off could have – but he does say it’s a bit alarming.

So why didn’t the snails simply crawl back into the lake? Slapcinsky explained, they aren’t used to being out of the water. He thinks they probably closed themselves in their shells, waiting for things to get better, but they never did.