Astronauts will be aboard SpaceX's Crew-6 launch set for February

In February, SpaceX will launch four astronauts on the Crew-6 mission to the International Space Station, marking the sixth operational flight of NASA's Commercial Crew Program.

LAKE MARY, Fla. - SpaceX is preparing to launch four astronauts to the International Space Station in February for its Crew-6 mission.

The Falcon 9 rocket, with Dragon Endeavour spacecraft atop, is set to liftoff on Sunday, Feb. 26. from Launch Complex 39A at NASA’s Kennedy Space Center in Florida. 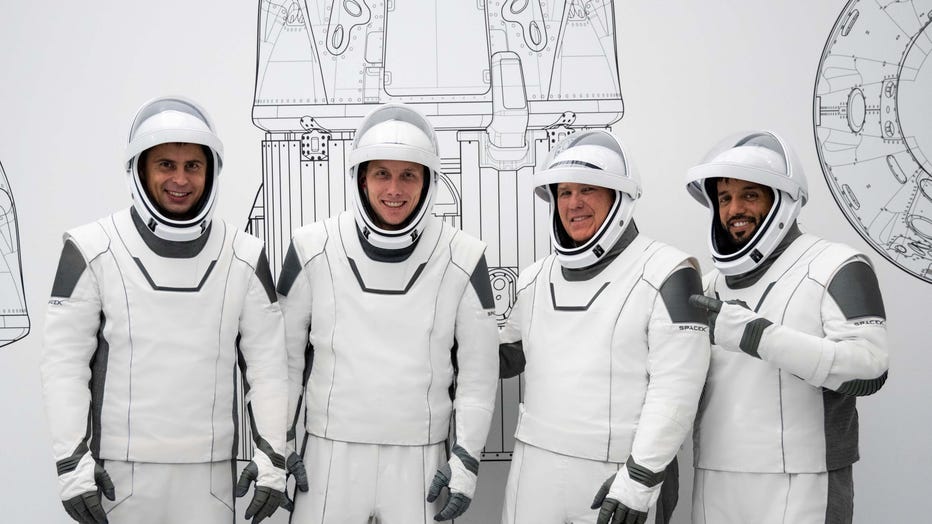 The four crew members that comprise the SpaceX Crew-6 mission pose for a photo in their spacesuits during a training session at the company's headquarters in Hawthorne, California. From left are, Mission Specialist Andrey Fedyaev, Pilot Warren "Woody

It will be NASA's sixth crew rotation flight involving a U.S. commercial spacecraft carrying a crew for a science expedition aboard the microgravity laboratory, the space agency said on its website.